On Wednesday June 5th, Year 8 students enjoyed an afternoon of drama and journalism.  Groups of students performed playlets they had created and developed in Drama lessons, inspired by the sinking of the Titanic.

Other students took on a variety of journalistic tasks to cover the event (photographers, interviewers, feature writers and so on).  An article on the journalism will be forthcoming very soon.  However, for a sneak preview see the attached slide show by Katherine Z. 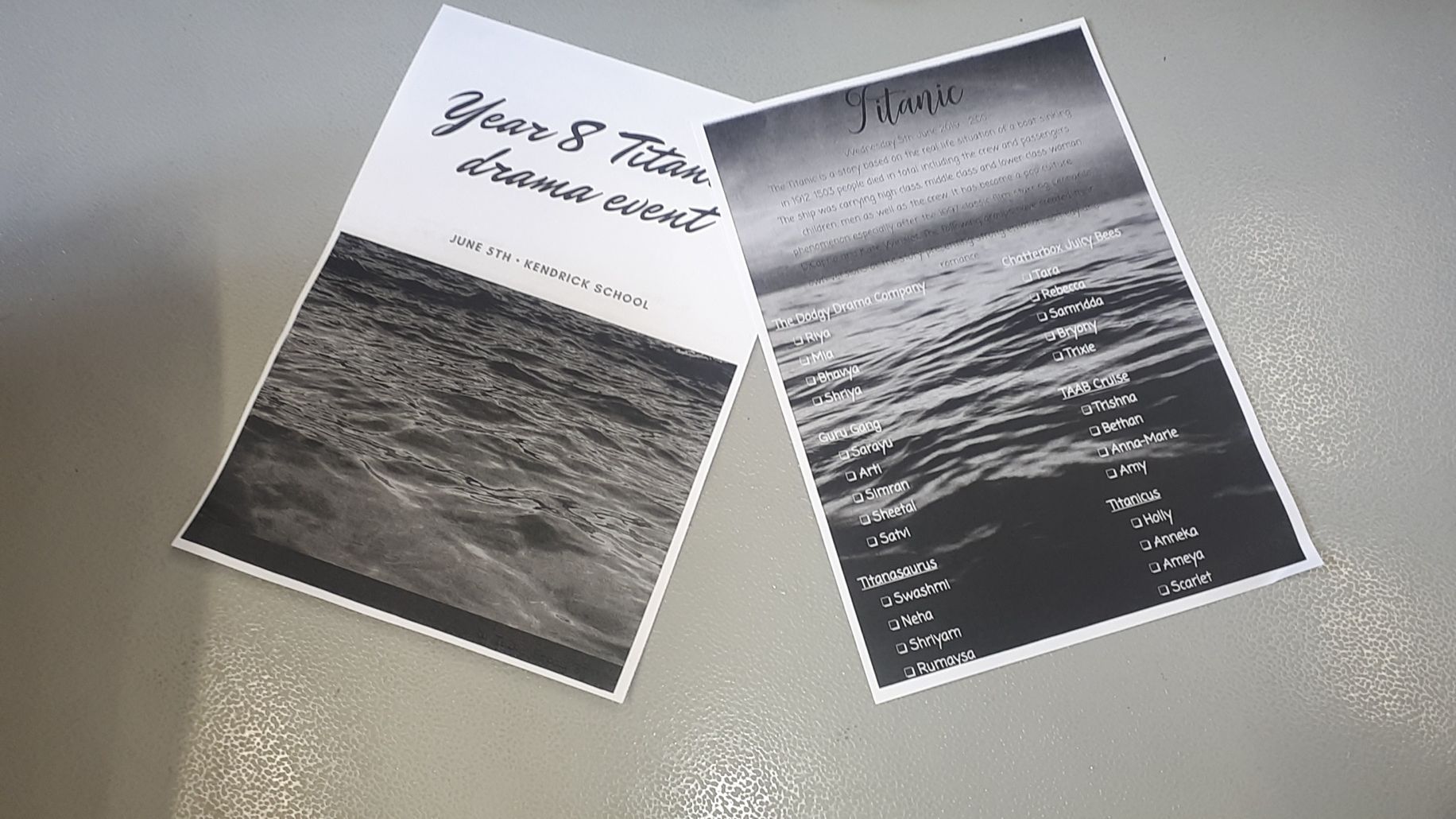 All the groups presented extremely creative and well performed plays that explored different aspects of life on board the Titanic and the impact of the sinking from many different perspectives.  The audience were entertained and intrigued by the range of characters, moods, plots and theatrical devices used. 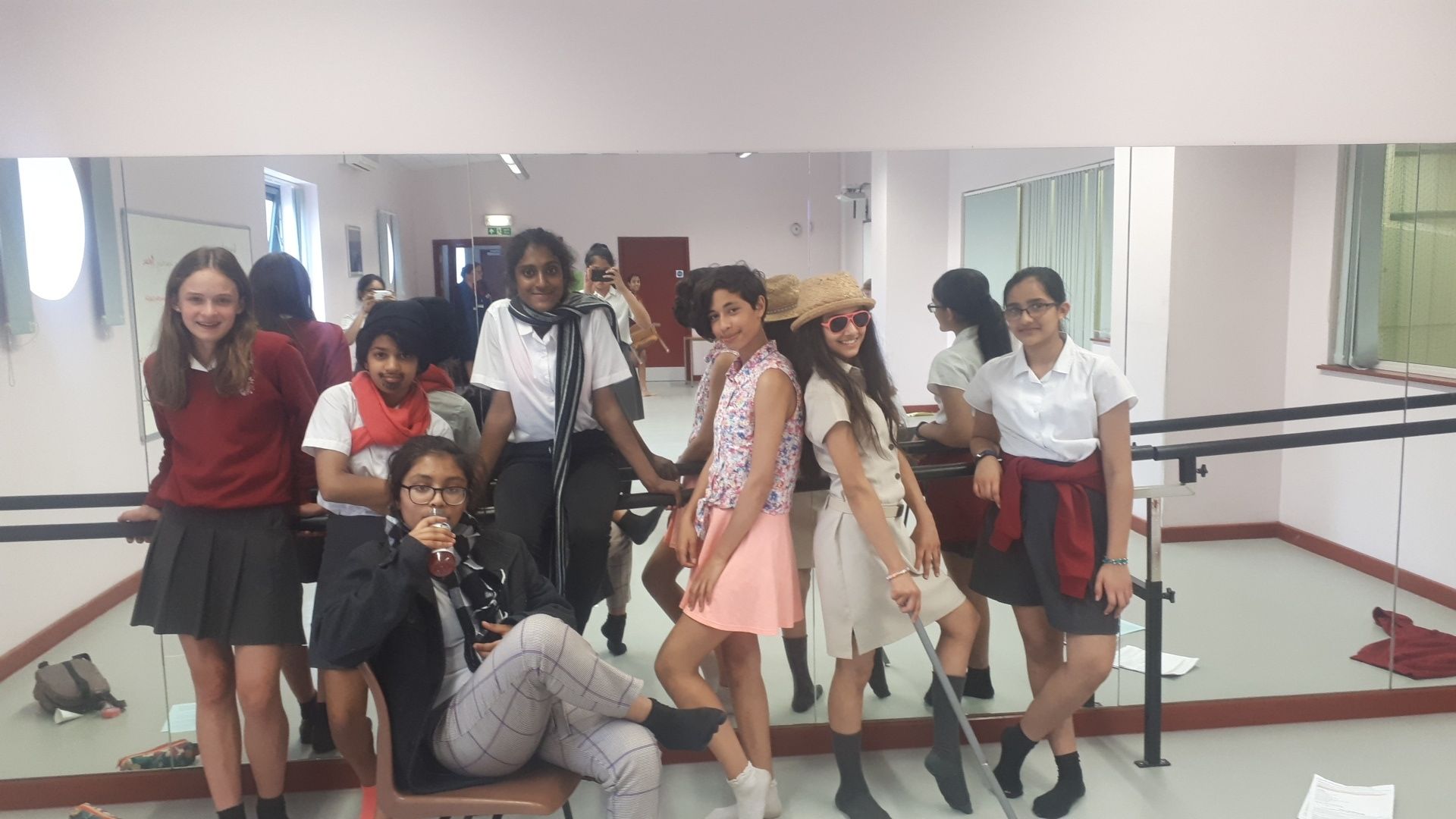 All groups demonstrated their adaptability, innovation and confidence by performing in an unfamiliar space to a much bigger audience than they are used to. 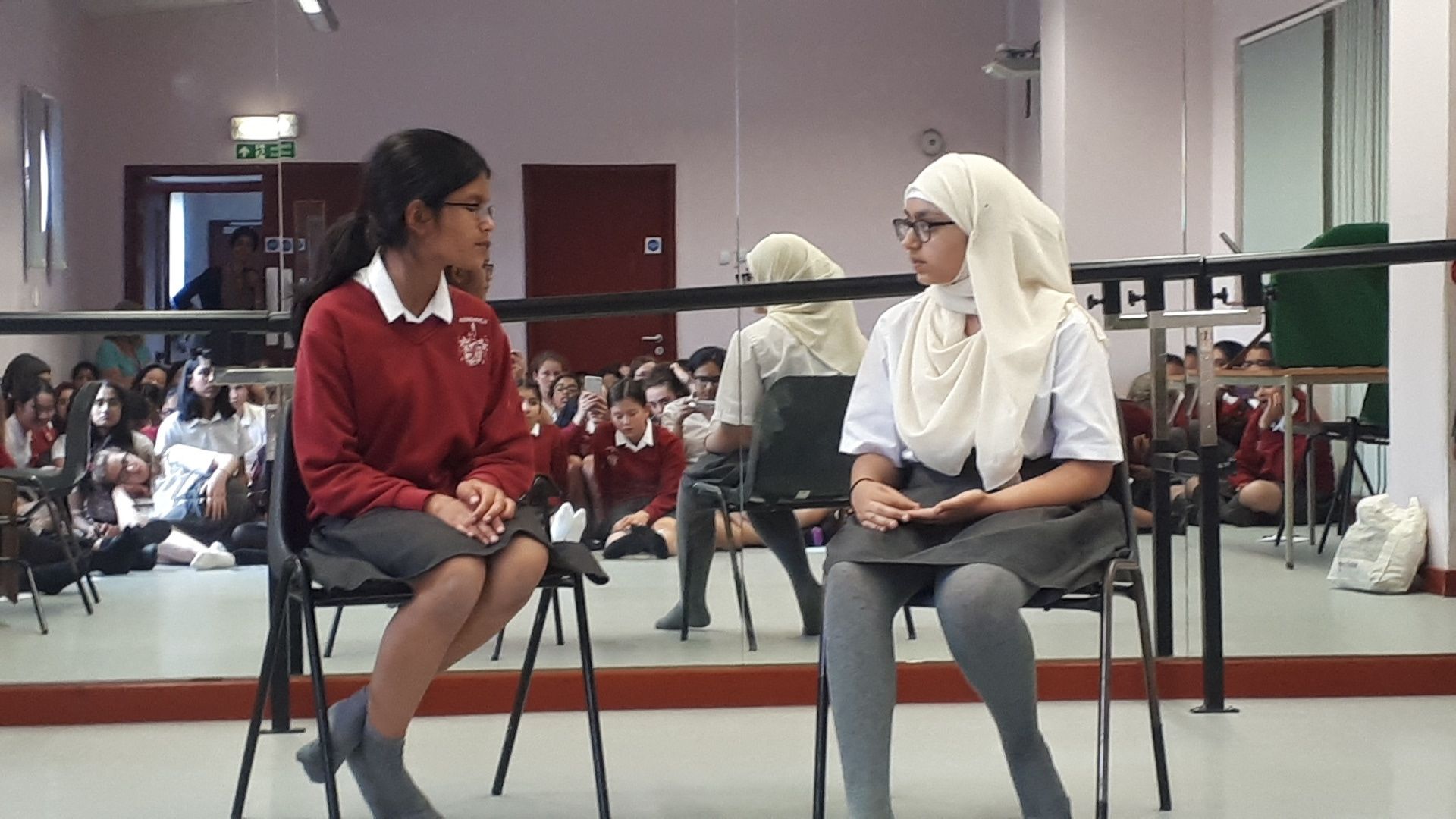 Prizes were awarded for the best group performances and best individual performers.  Ms Fallows and Mrs Cooper adjudicated, and they had a very difficult job in selecting the winners and runners-up.   The two runners-up in the group competition were 'Titanisuarus' who presented a thought-provoking piece exploring class barriers, and 'The Guru Gang', who took a more comedic but equally effective approach.  The winning group was the intriguingly named 'Chatterbox Juicy Bees', whose play, written by Rowena S, had complexity and sustained dramatic intensity as well as uniformly good performances.  The students who received prizes for individual performances were Bryony T from Chatterbox, Satvi A from The Guru Gang, and Rumaysa O and Neha K from Titanisaurus. 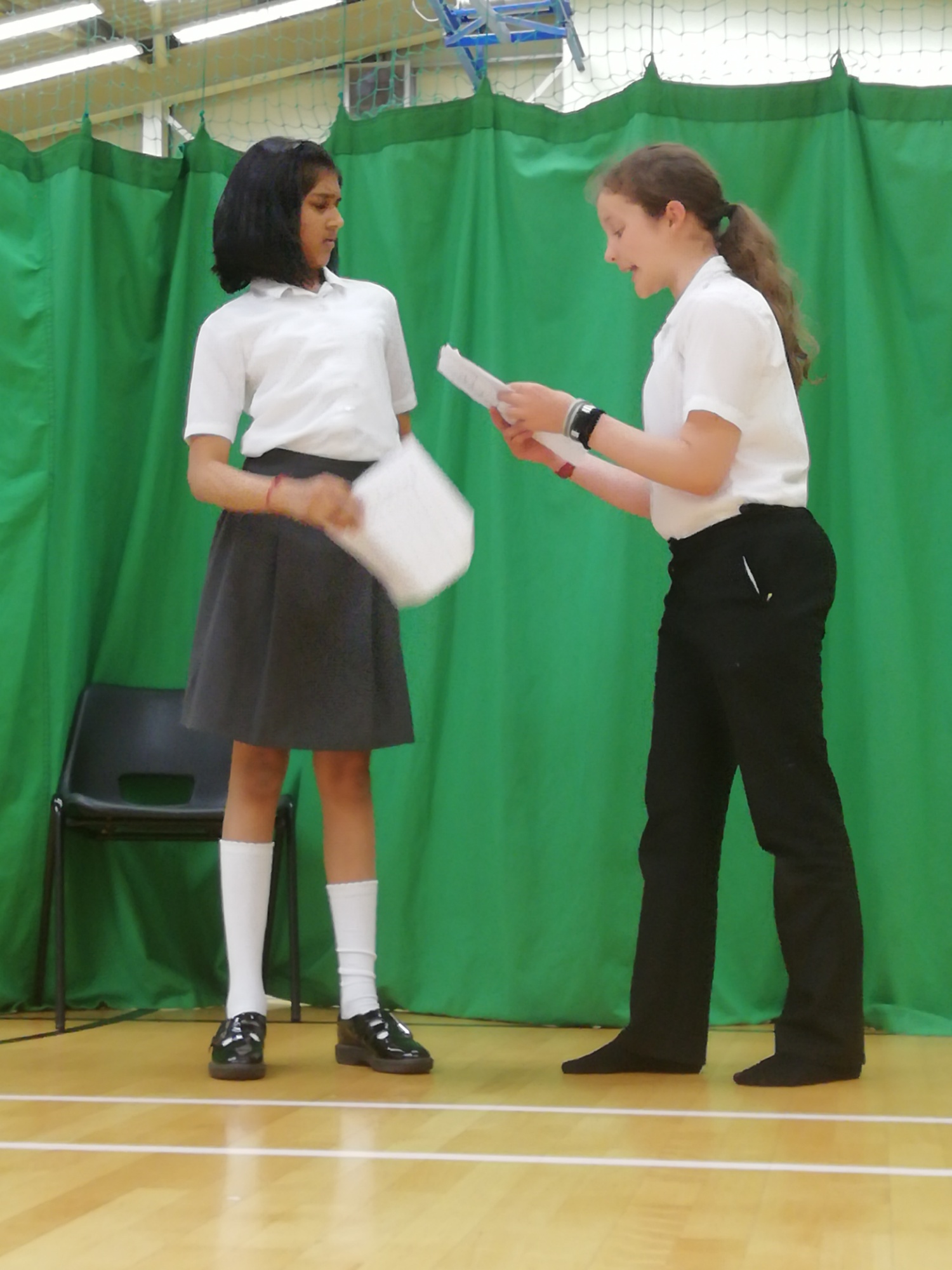 Photographs on this article were taken by Niddhi P and Maya N.

Watch this space for the students' own accounts of the events, and details of the prize-winners for journalism.