Year 10 Visit to the Roman Baths

On Monday 24th June Year 10 took an exciting trip to the Roman Baths in Bath to learn about ancient life in the Roman Empire. The baths were fascinating, and the trip was a lot of fun!

When we first entered the baths, we emerged on the balcony above the Great Bath, the biggest bath in the complex and the only one to still be filled with water. 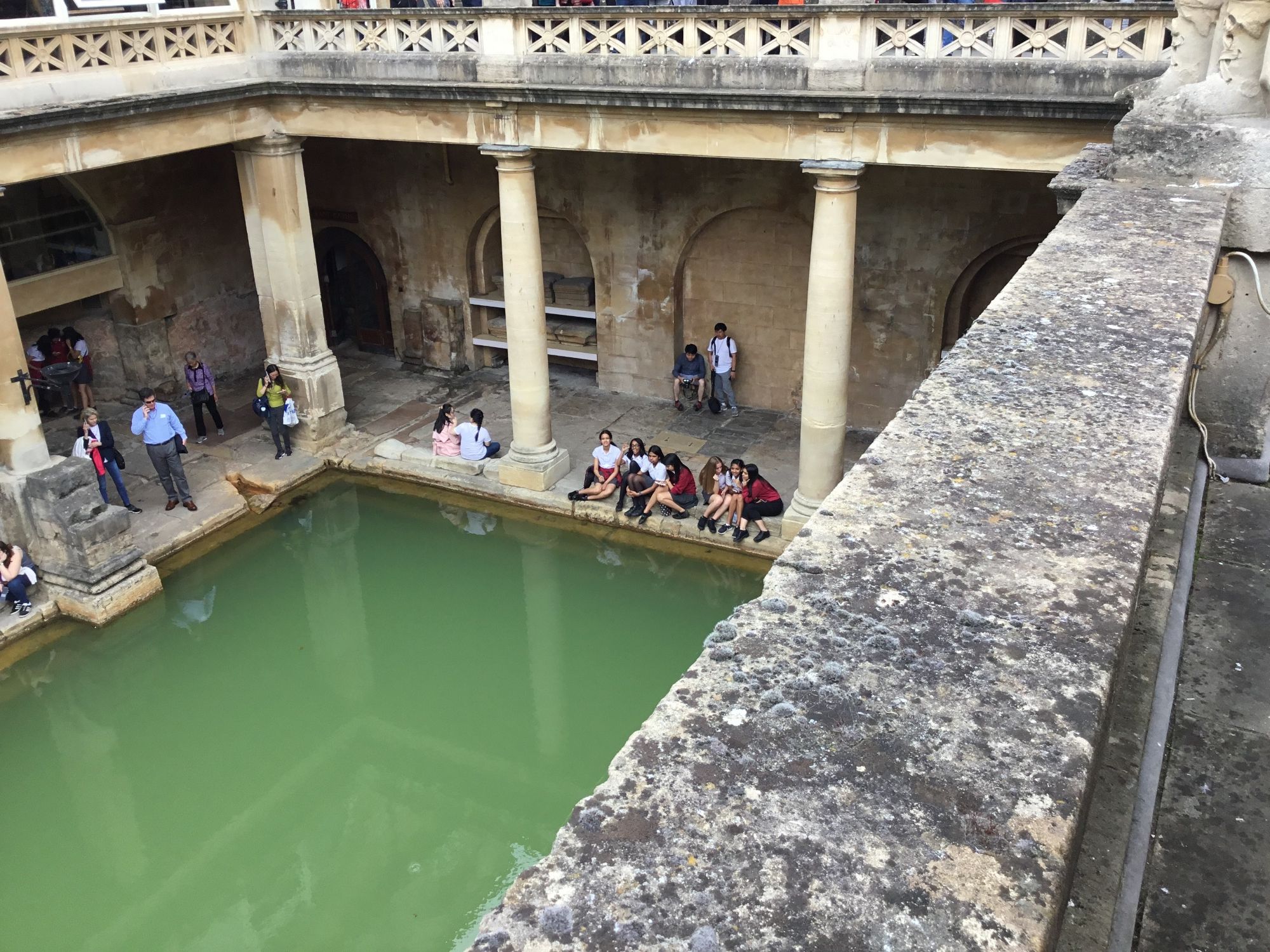 Listening to our audio guides, we looked at the statues above the pool (and had fun laughing at the not-so-accurate depictions) and the Neo Classical architecture. From there we went past the hot spring and into the exhibit that was full of relics of Roman life. We saw some of the stone blocks that formed the original baths, coins from various points in the Roman empire and even a skeleton. My friends had a lot of fun making me translate the ancient Latin on the tombstones - even though there were translations made available! 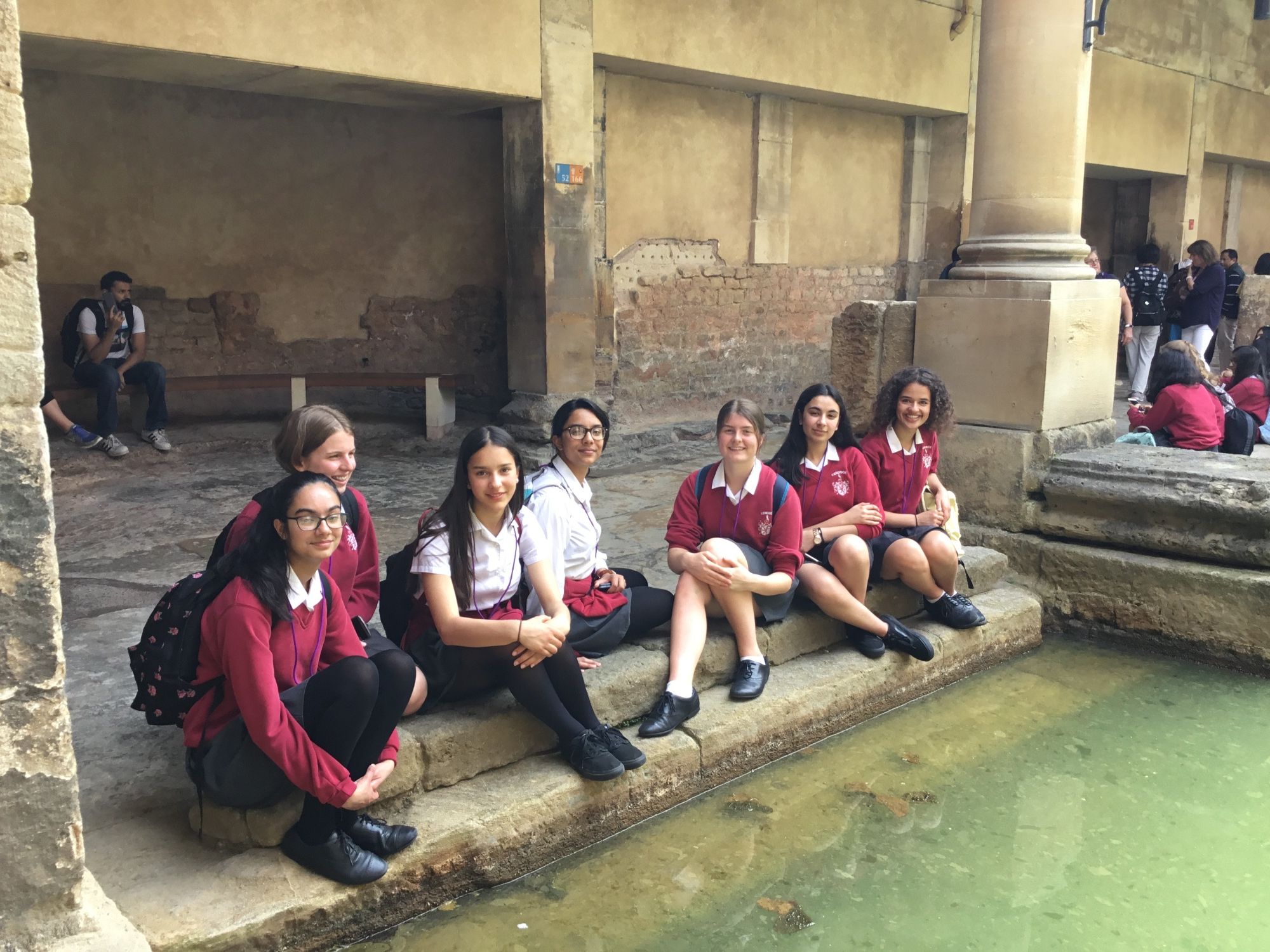 From there we entered the excavation site on a walkway. It was really interesting seeing the excavations. The stone altar in particular was much bigger than I thought it would be and the ancient central heating system, otherwise known as a hypocaust, was fascinating too. We also had a look in the East baths to see what the various rooms would have been like with the help of a projection. As the rooms were relatively accurate it was really useful to see what they would have looked like After throwing a penny (or a few) into the sacred pool as a gift for the goddess Sulis Minerva, we tasted a bit of the water - which barely anyone liked - walked through the shop and exited onto Abbey Square. 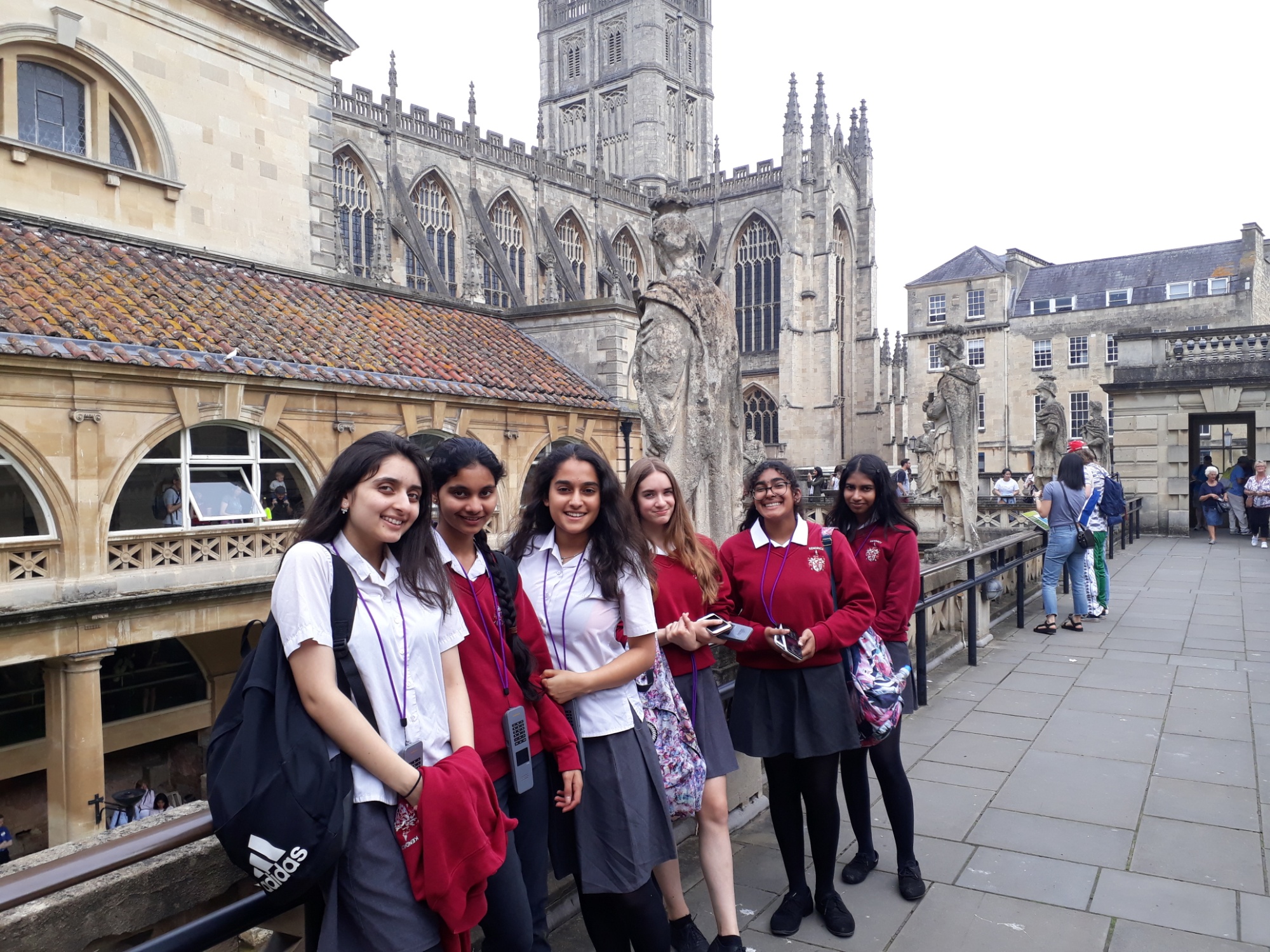 It was fascinating seeing the baths in all their glory. The exhibit painted an incredible idea of what the baths wold have been like in their prime; it was really educational and useful seeing the layers of Roman history and the day was really fun!