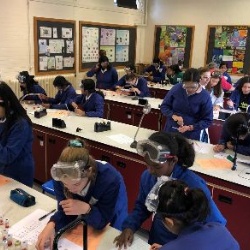 The Biology Department had a great time planning and delivering a jam-packed Biology week last week. Some of the Year 12 Biology prefects put together some wonderful Biology quizzes and ‘Women in Biology’ presentations to be shown during registration time.  Some of the women they chose to celebrate included Rosalind Franklin, whose work was central to the understanding of the molecular structures of DNA, Mary Anning, who was the first to excavate and describe a fossil of Ichthyosaurus at the age of 11, and Jane Goodall, who is recognised for her ground breaking discoveries about chimpanzee behaviour.

On Monday evening, Mr Dunning set up his moth trap to collect moths overnight so that we could spend Tuesday lunchtime counting and identifying all the different species that had been caught. 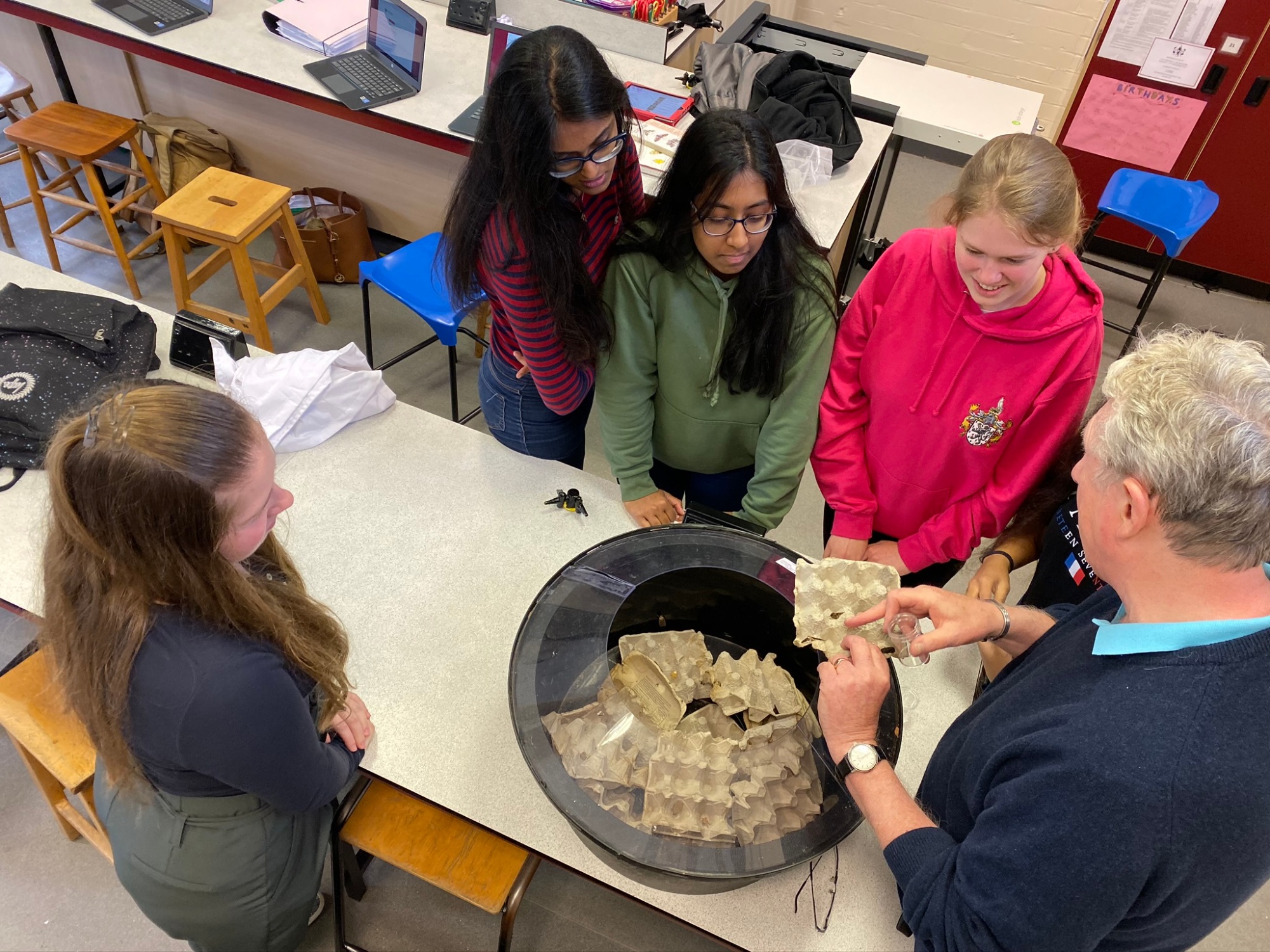 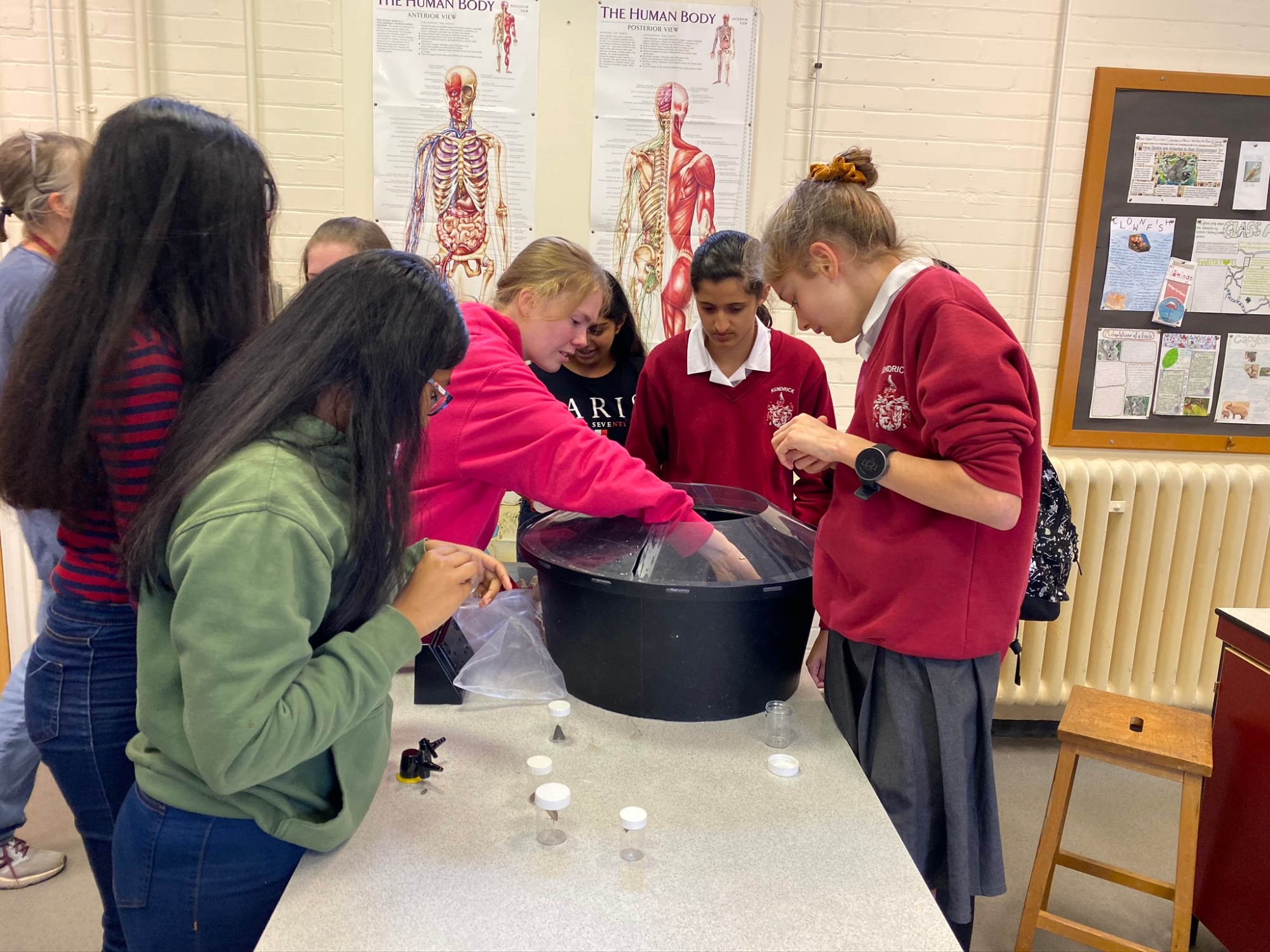 Students helped by putting individual moths in small viewing containers and then used a variety of moth books and websites to identify the species. We identified between 15 – 20 different moths, which included the Large Yellow Underwing, Black Rustic, Yellow-line Quaker and Angle Shades. 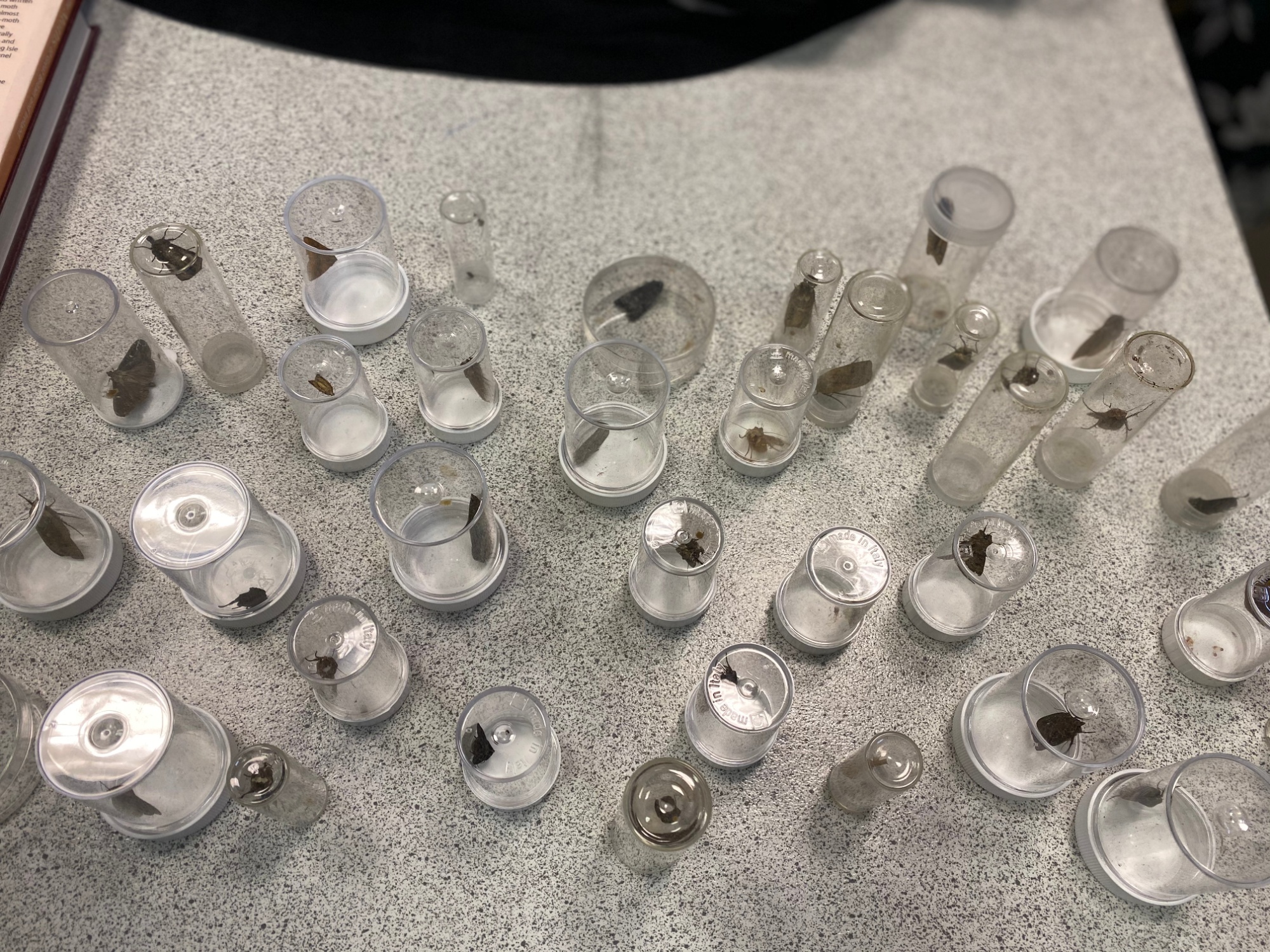 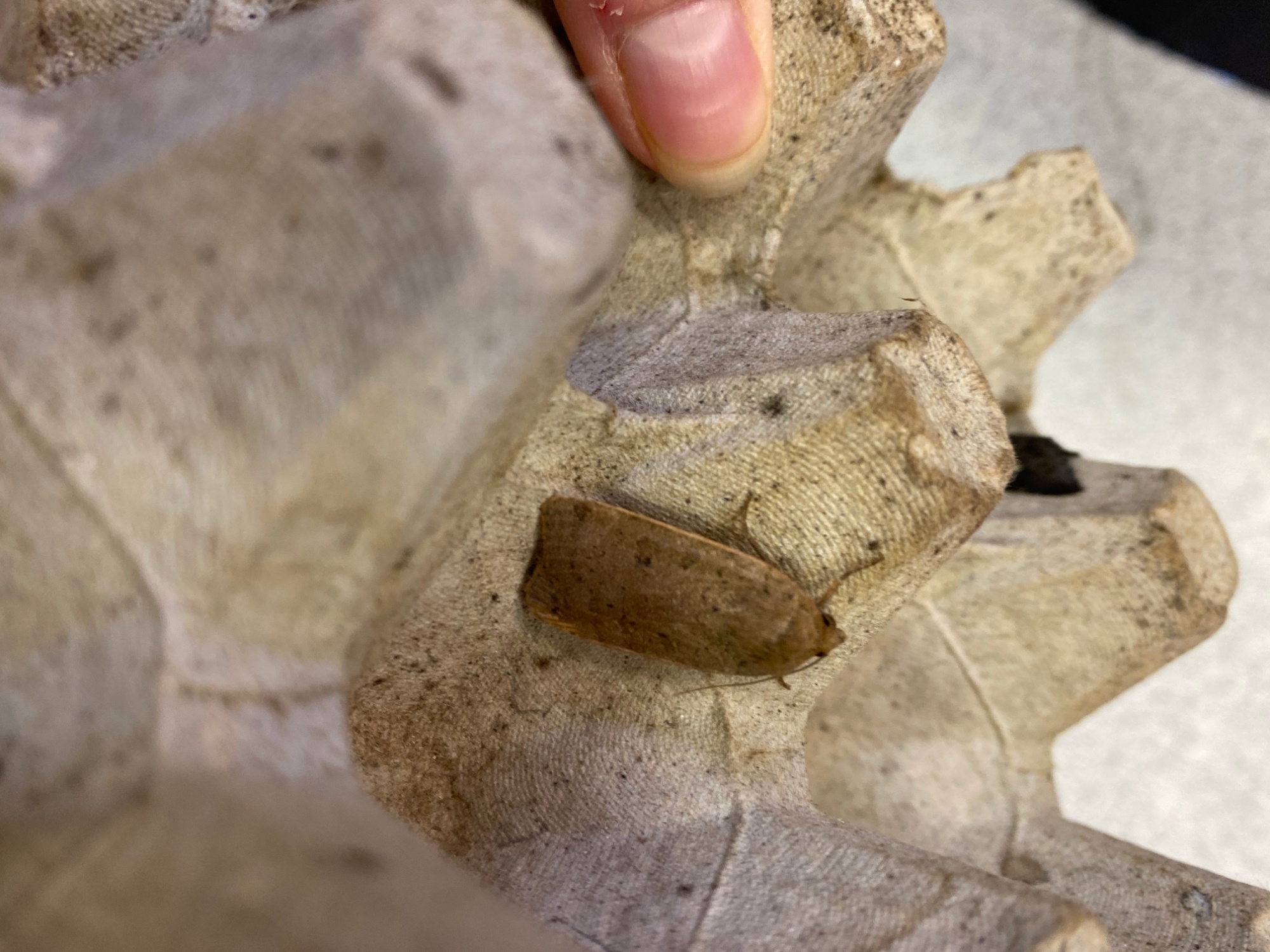 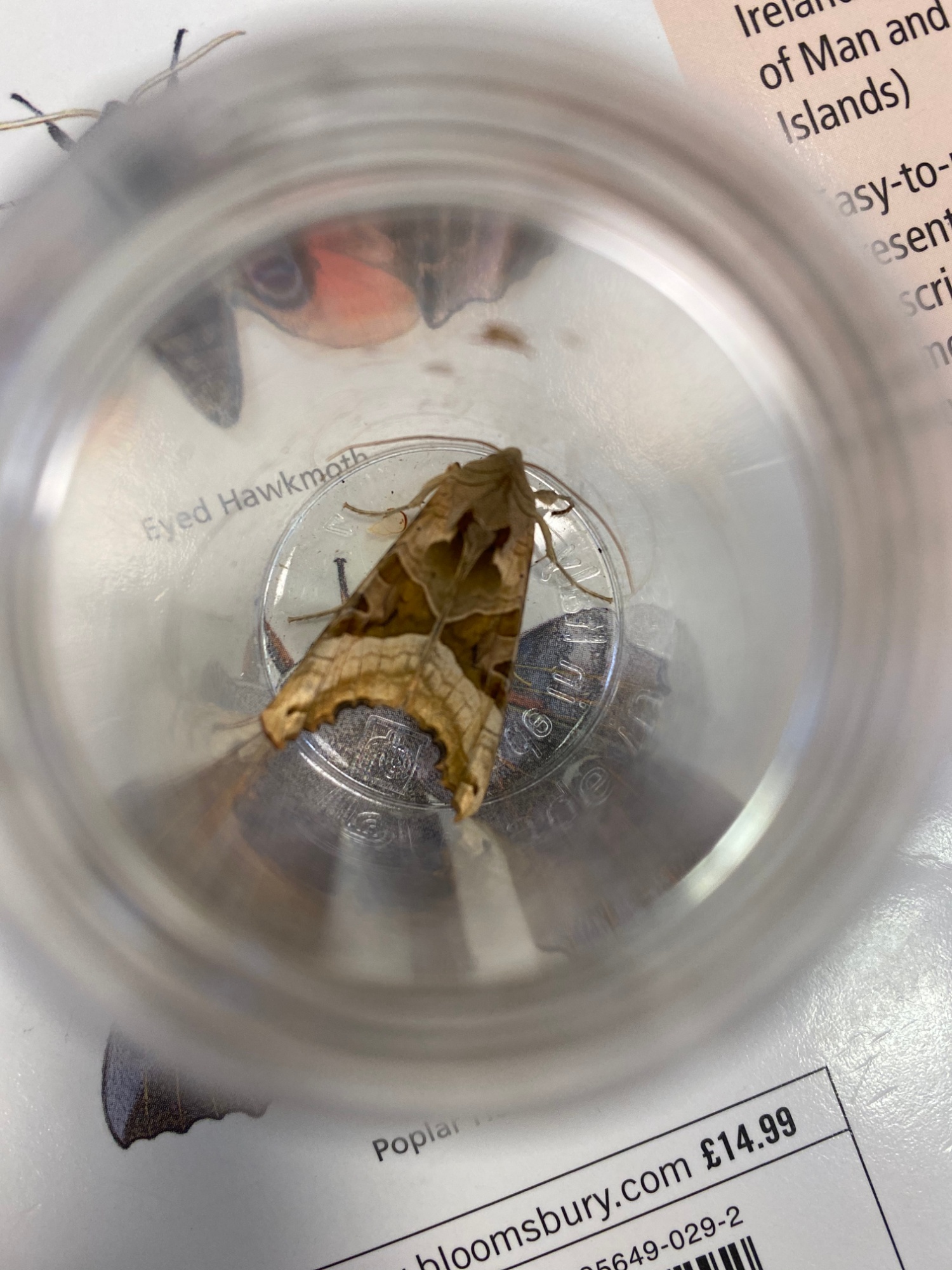 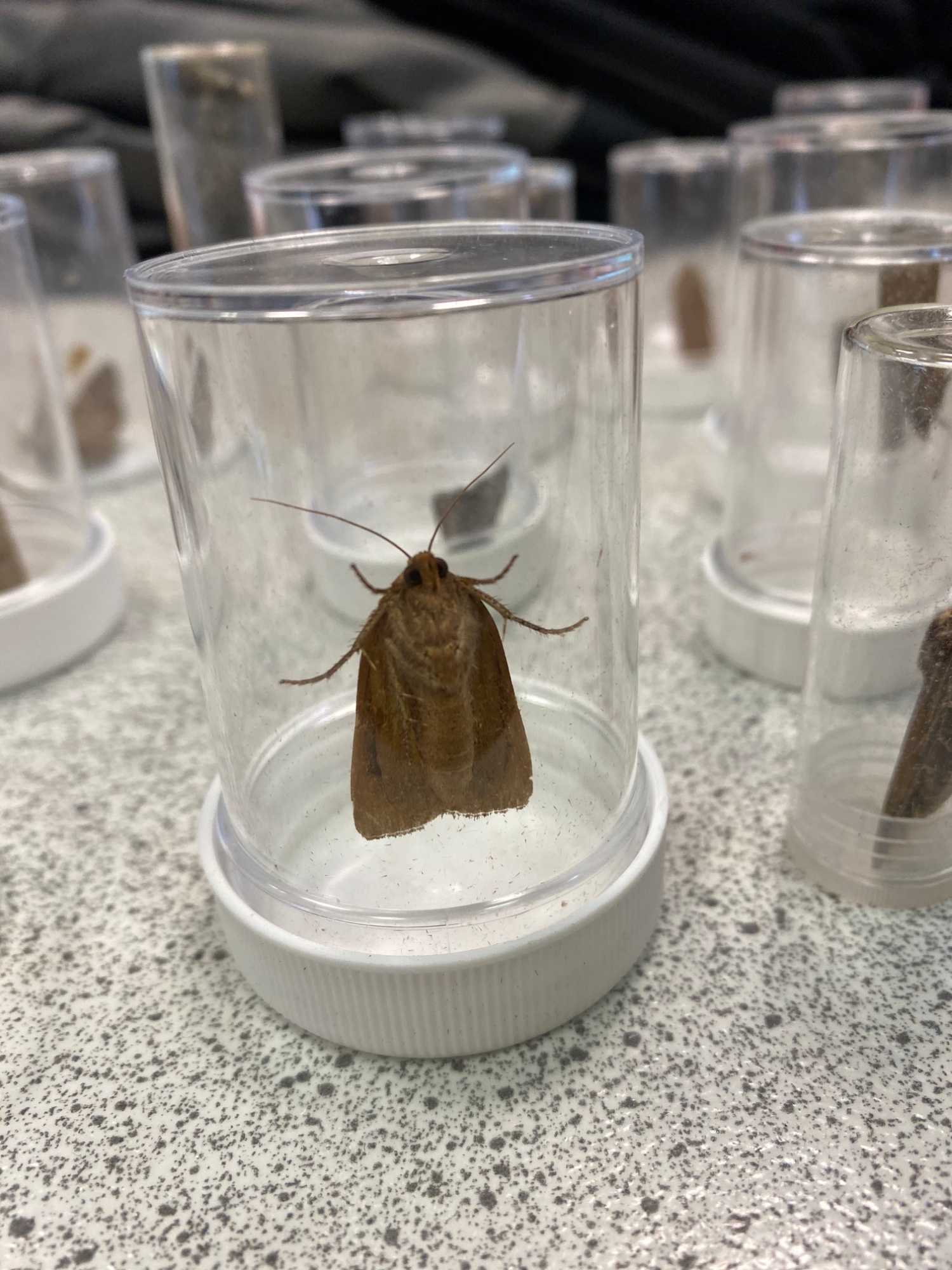 One of the Biology labs, B2, became a crime scene on Wednesday lunchtime and 30 students had the opportunity to become forensic biologists, analysing blood types and matching fingerprints to possible suspects. A detailed account of the session has been written by Georgia in Year 12

On Wednesday the 9th October, a terrible crime occurred. Mrs Kenward’s purple pen was stolen by an unknown suspect from the Science department and it was up to a group of eager and enthusiastic students to solve the mystery. 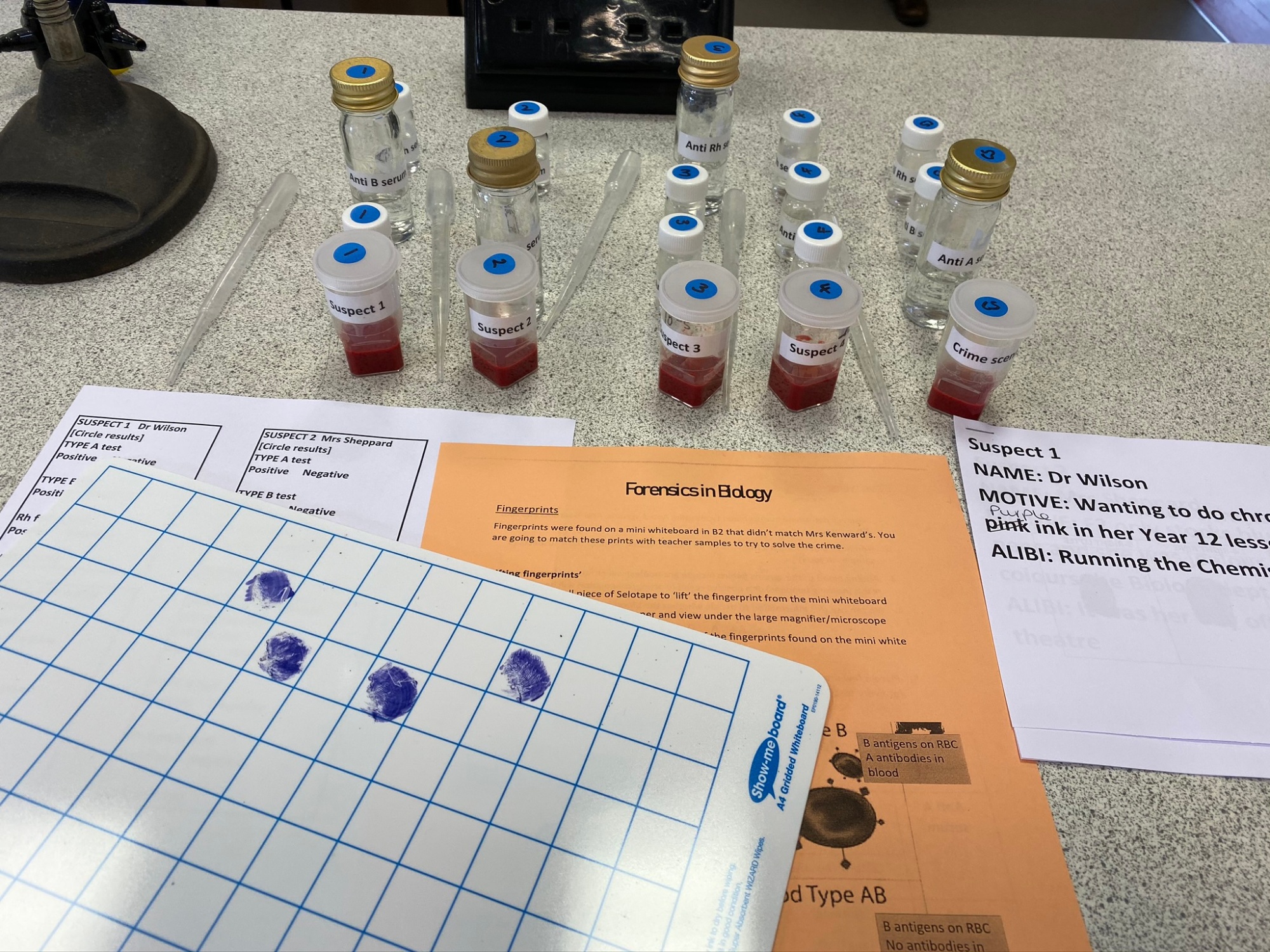 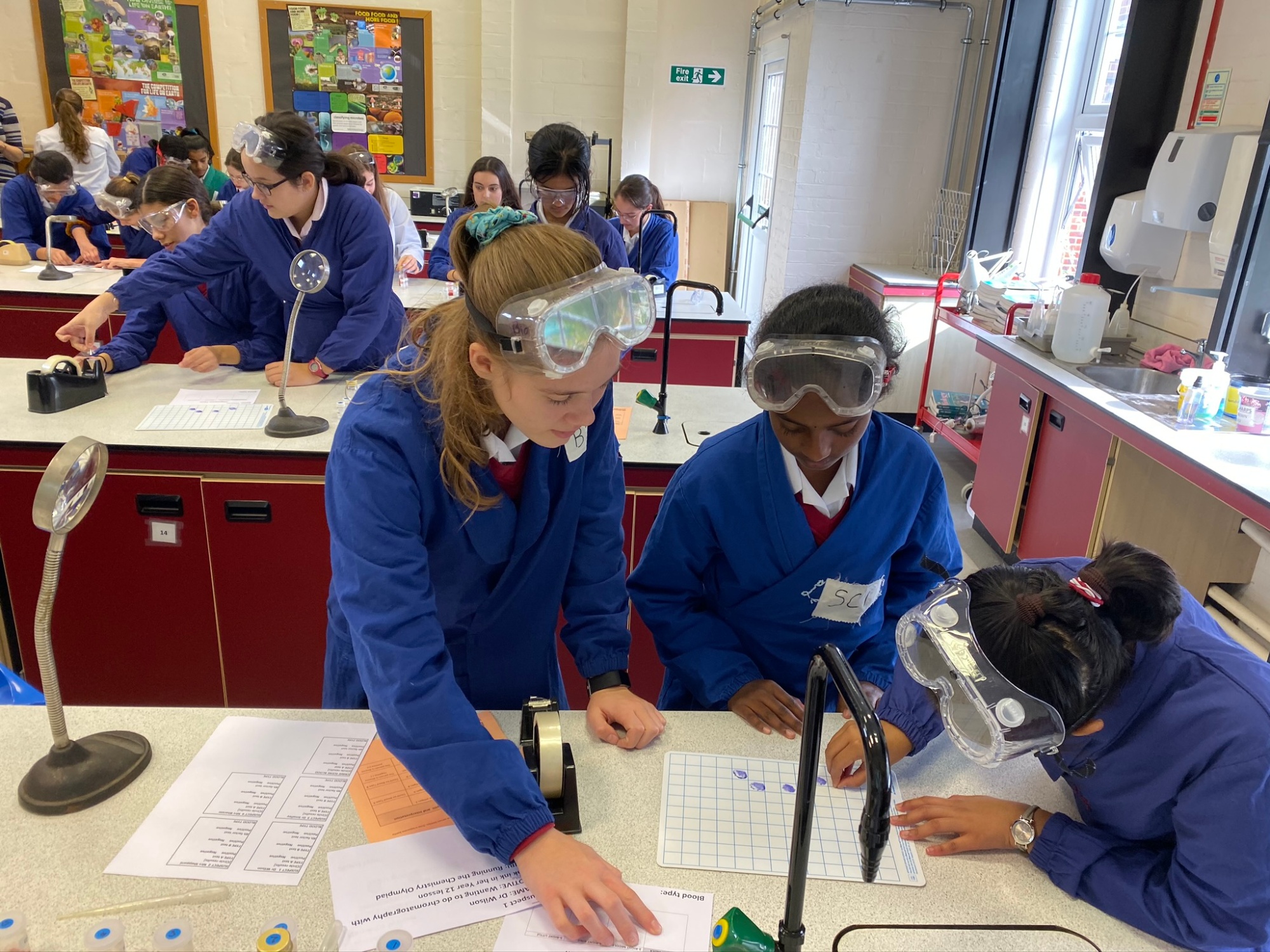 We began with a brief introduction into the world of forensic biology and what it involves. Then we went on to learn more about the different blood groups: A, B, AB and O and whether you are Rhesus positive or negative. It was extremely interesting to find out how and why people belong to these blood groups.

Then, the investigation began. We started by attempting to identify who left the fingerprints at the crime scene by using sellotape to lift the prints from the whiteboard. We then examined them under a magnifying glass in order to match them to the prints of the five suspects. 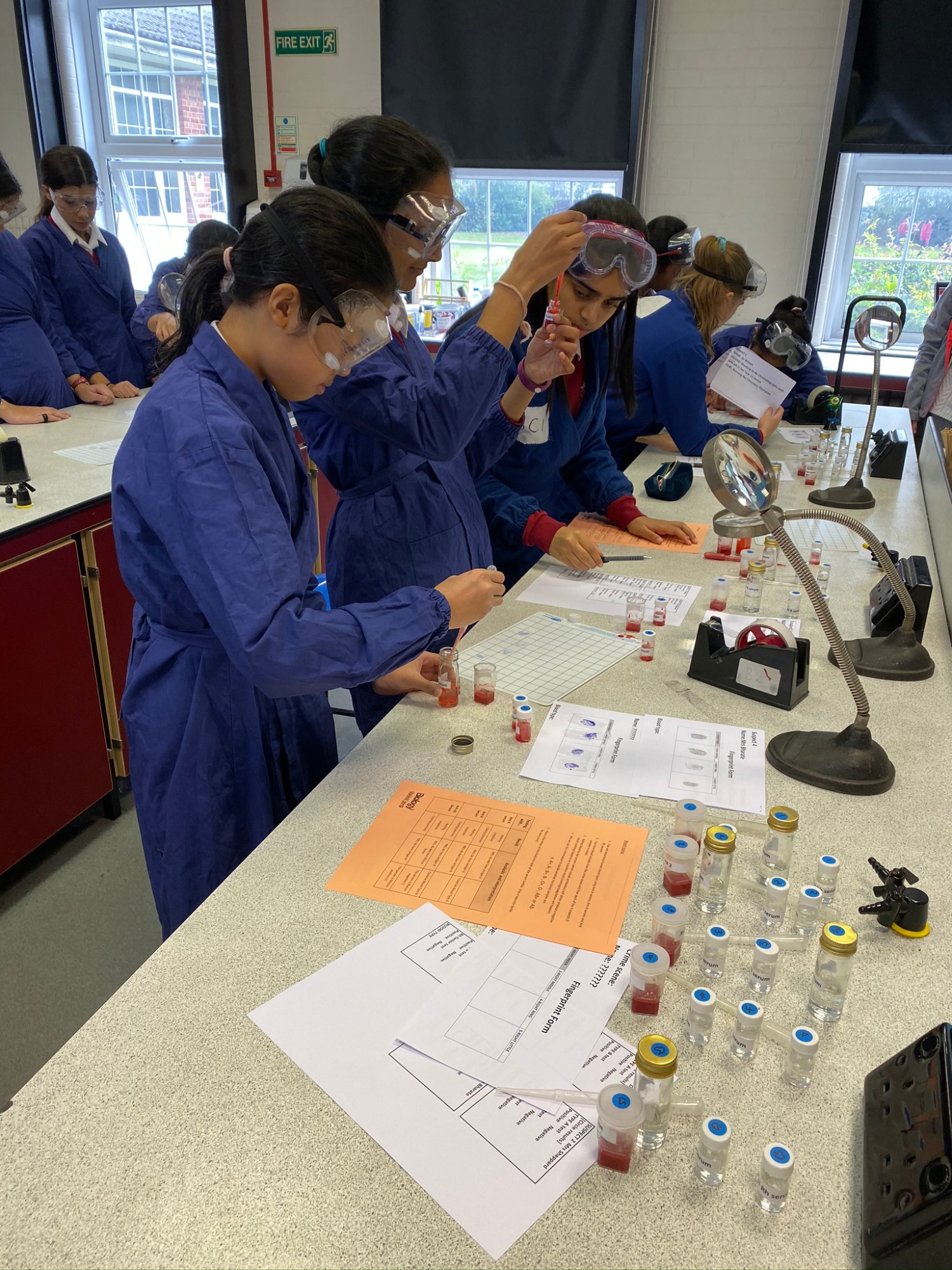 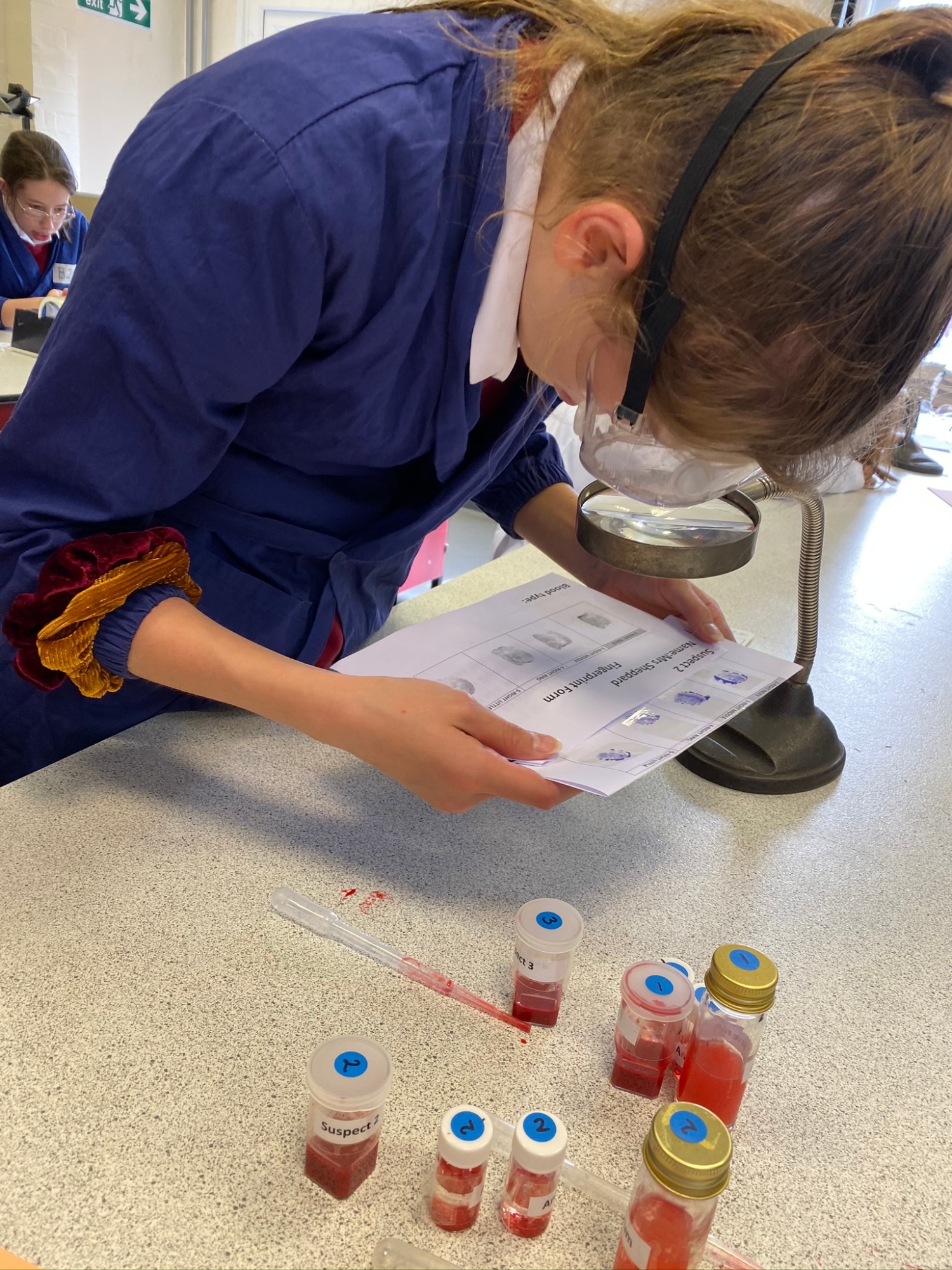 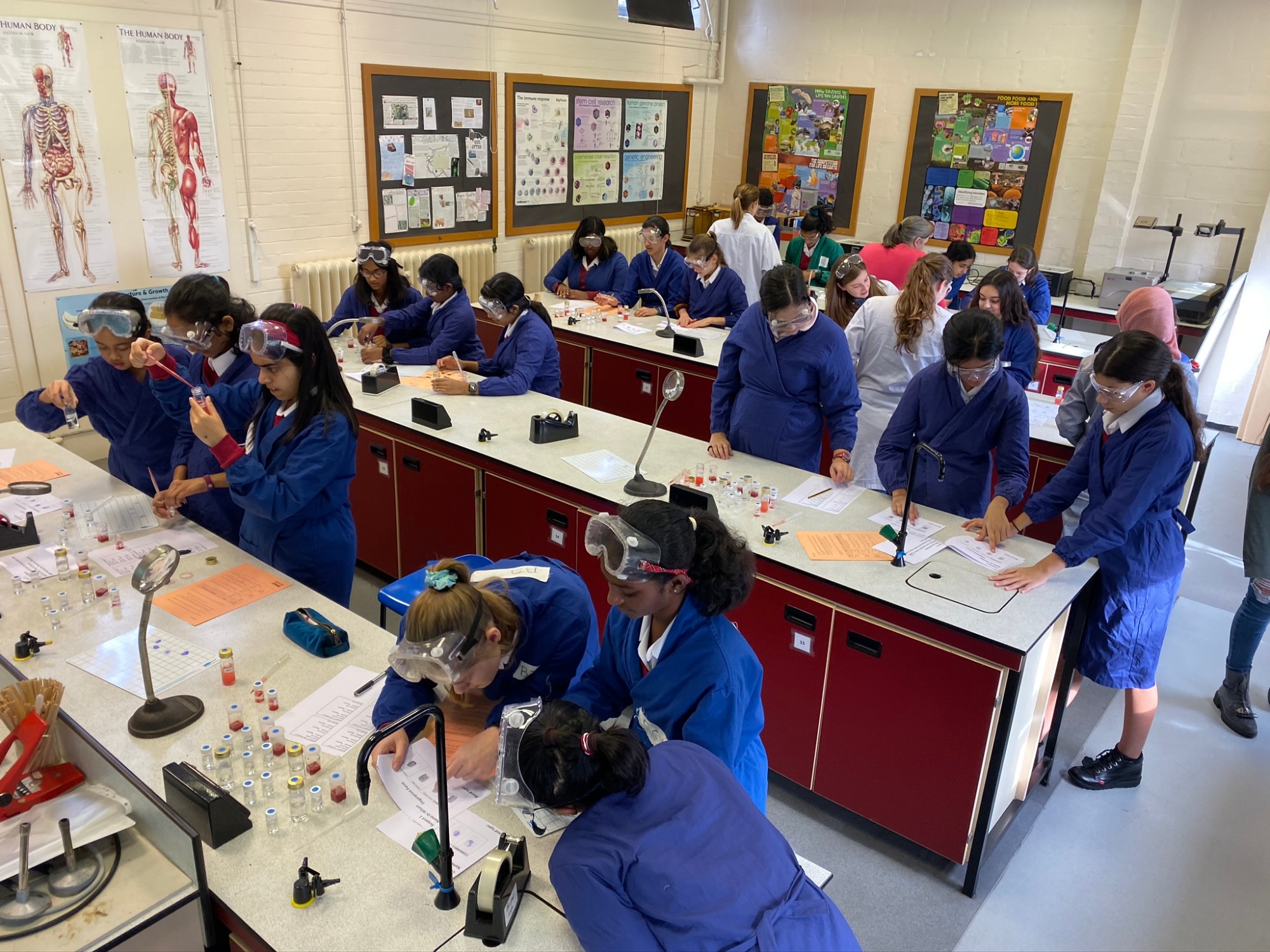 Therefore we were luckily able to correctly identify the thief and get Mrs Kenward her pen back whilst learning a lot about investigations at crime scenes. Everybody particularly enjoyed testing the blood samples as it was really fun to see how the blood reacted in different ways. Overall, we all had a great experience and it has definitely given me a keen interest in the world of forensic biology!

Art and Biology were combined on Thursday lunchtime when students had the chance to create some origami biological structures or simply take part in some anatomical colouring. 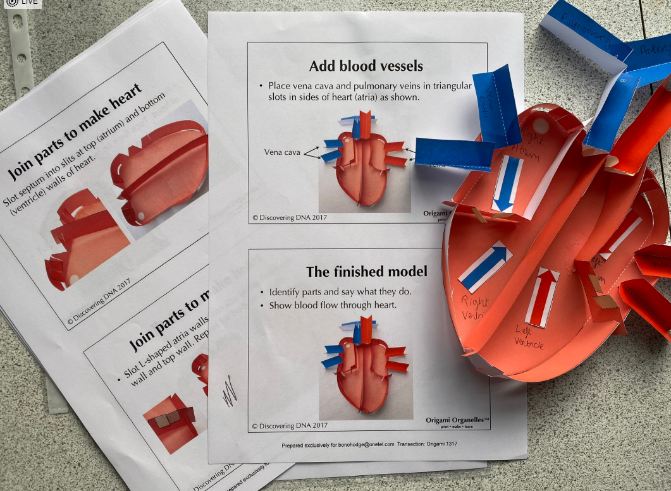 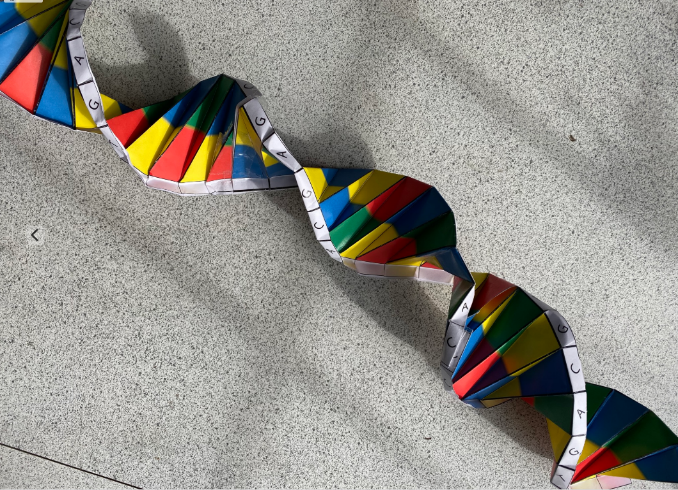 While we were getting crafty, Sir David Attenborough was narrating the wonderful scenes of Planet Earth 2 on the interactive whiteboard. The biological structures were so good that they will be displayed along Biology corridor for all to see!

Physiology Friday was a hive of excitement! It kicked off with the Bio Bakes competition, where we had 12 superb entries from all year groups. The cake creations varied from DNA structures, succulents, cells and whole brains, to a phagocytic cell! The Biology department were incredibly overwhelmed with the time, effort and creativity all the students put into their bakes. Winners were announced at first break from each Key Stage: 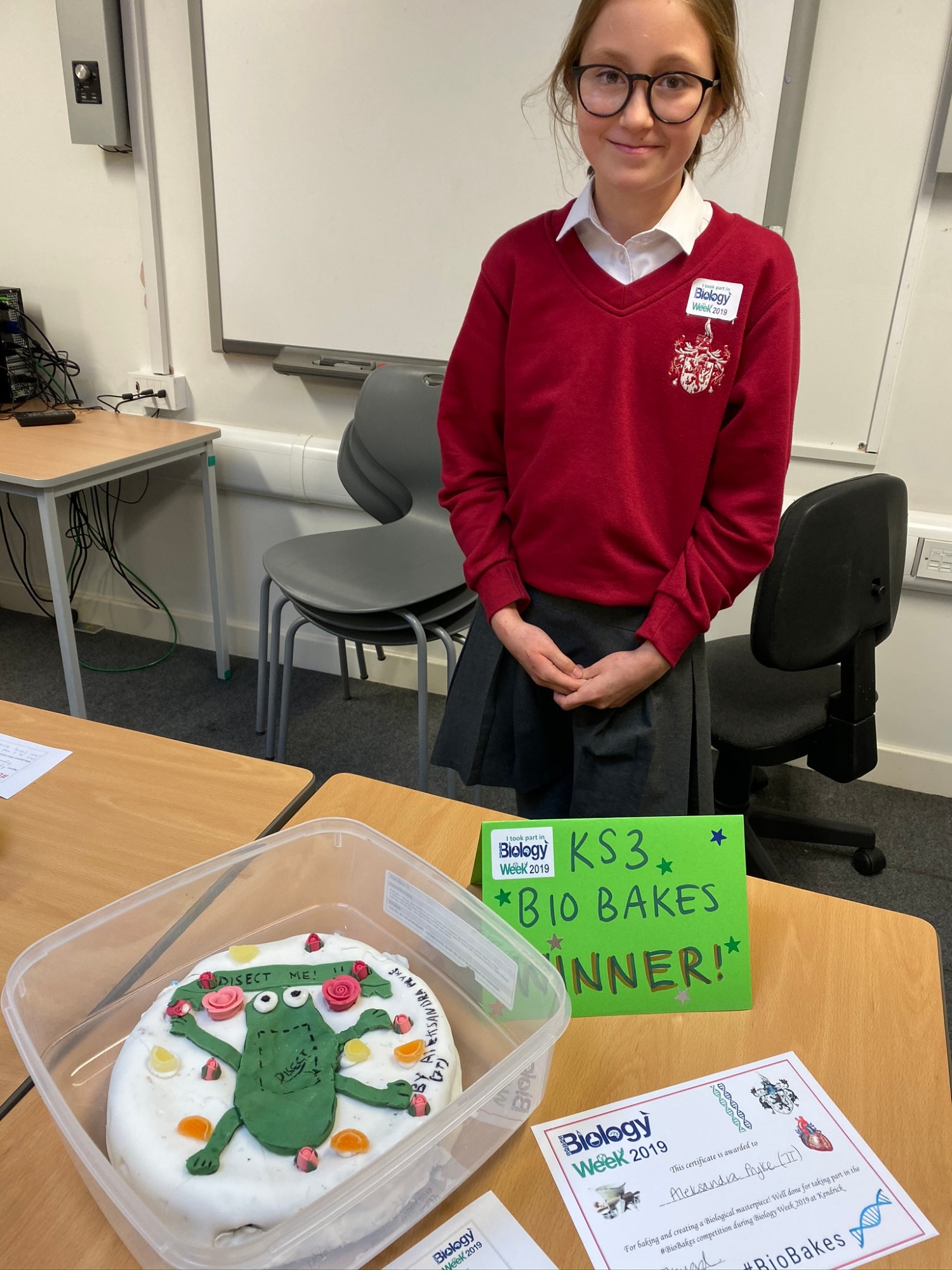 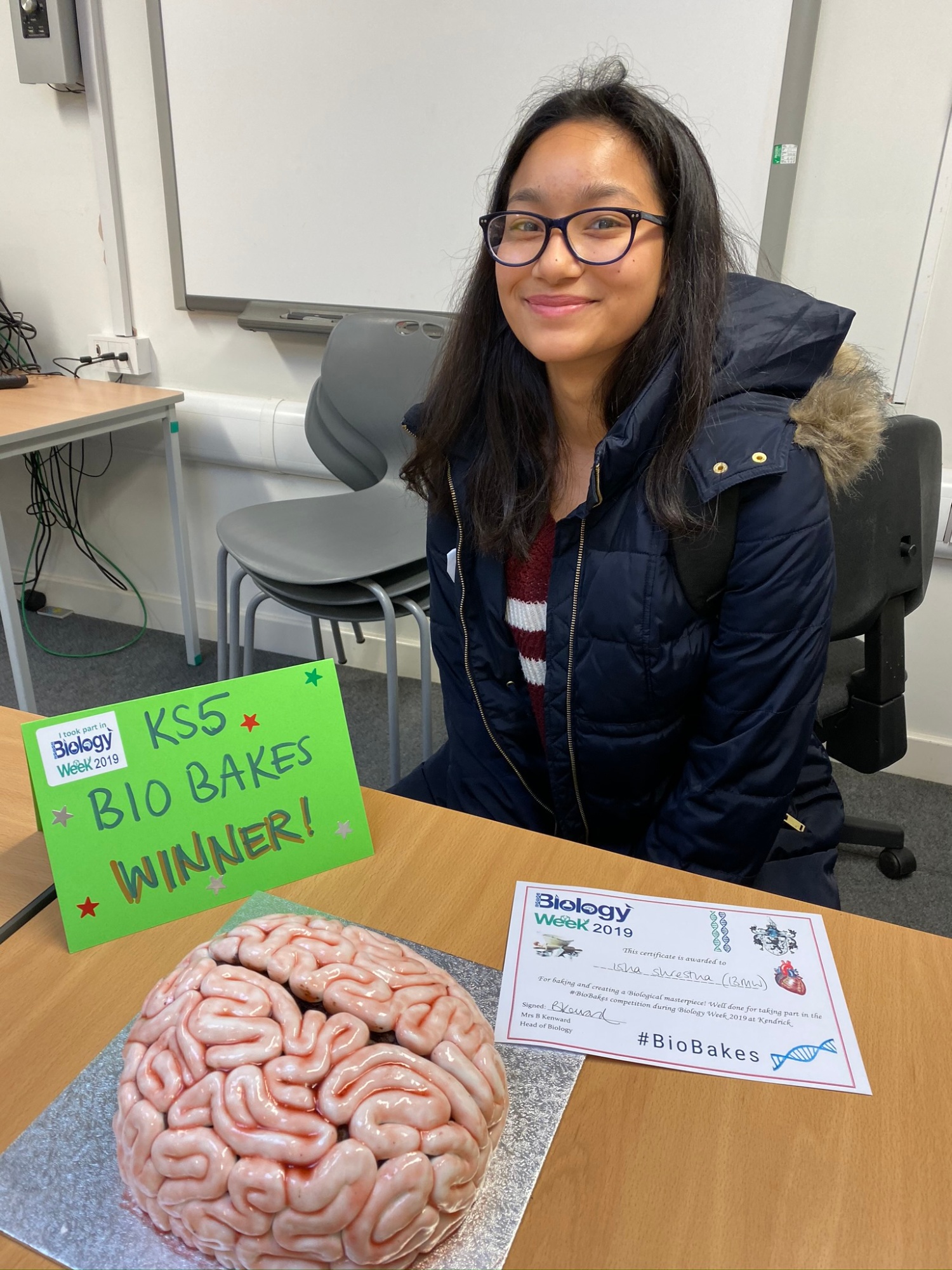 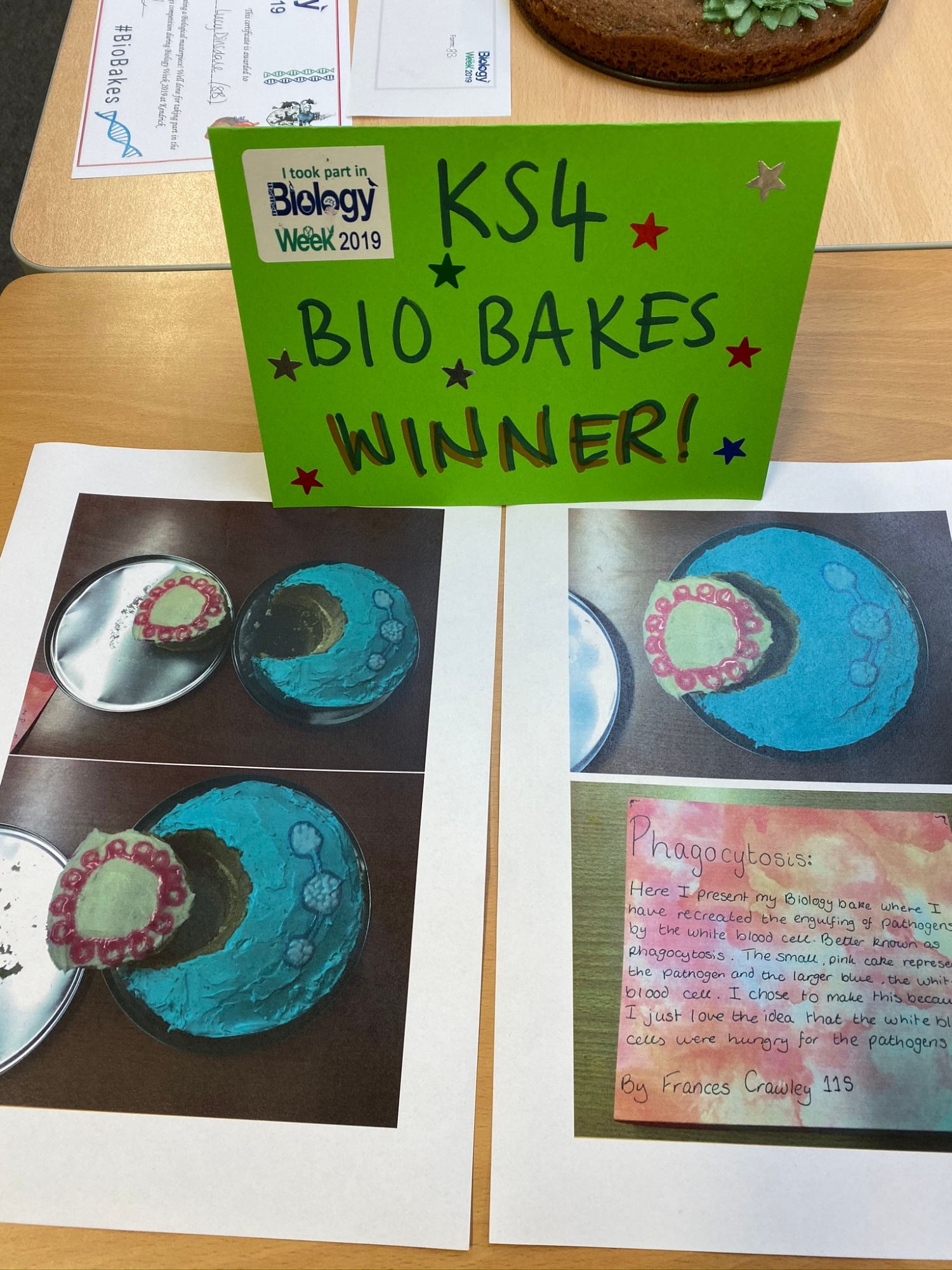 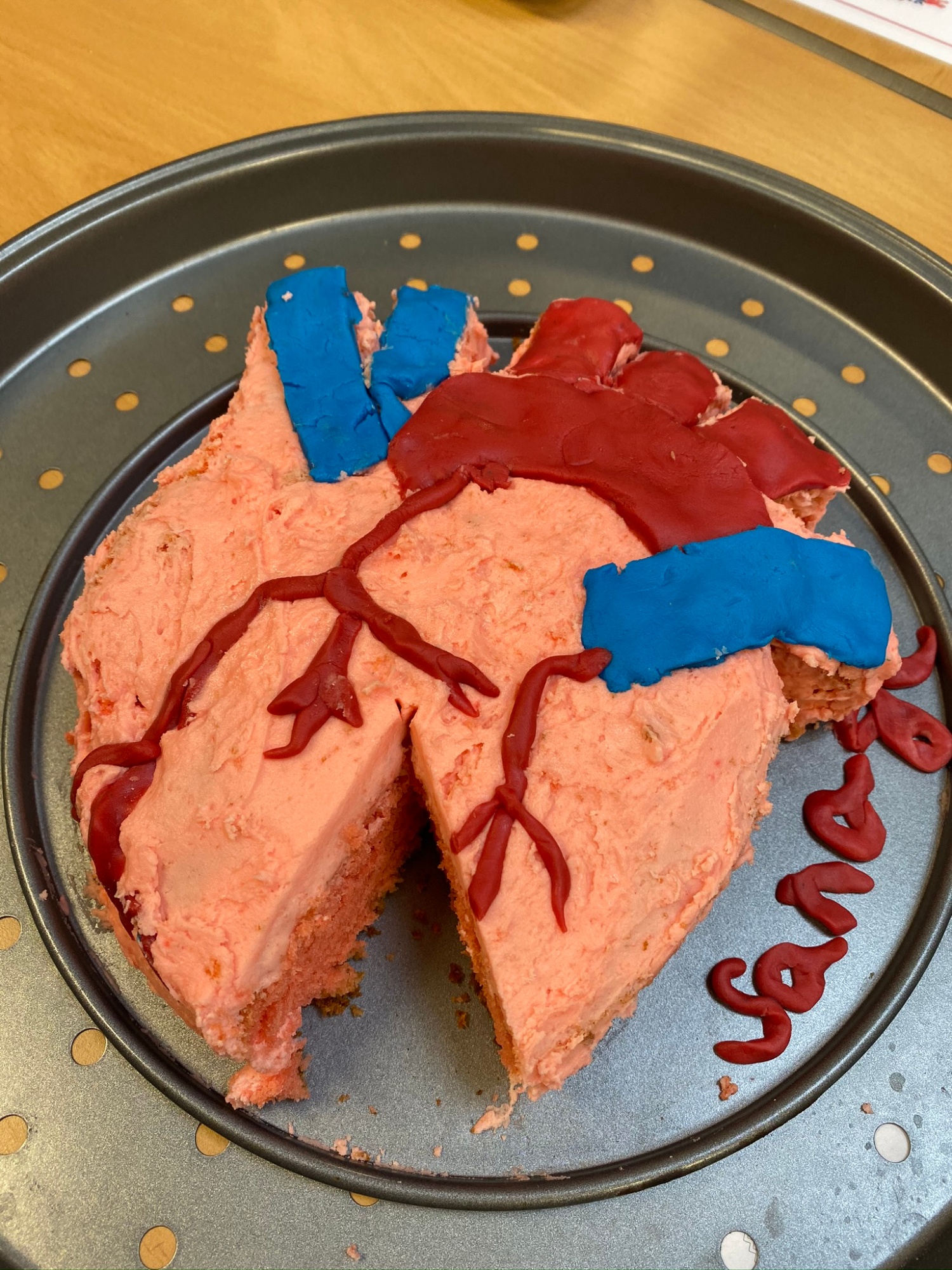 The week ended with a lambs head dissection, attracting more than 60 students!  The session started with an introductory lecture given by Mr Hodge, then smaller groups were able to gather around separate lamb head halves where the four Biology teachers performed a head dissection. This included a brain and eye dissection where students had the opportunity to view (and touch!) different structures, including the cerebellum, optic nerve and corpus callosum on the brain and also the sclera, cornea and lens from the eye. More general features of the head were also considered, including the jaw, teeth, sinuses and tongue. It was a huge success! 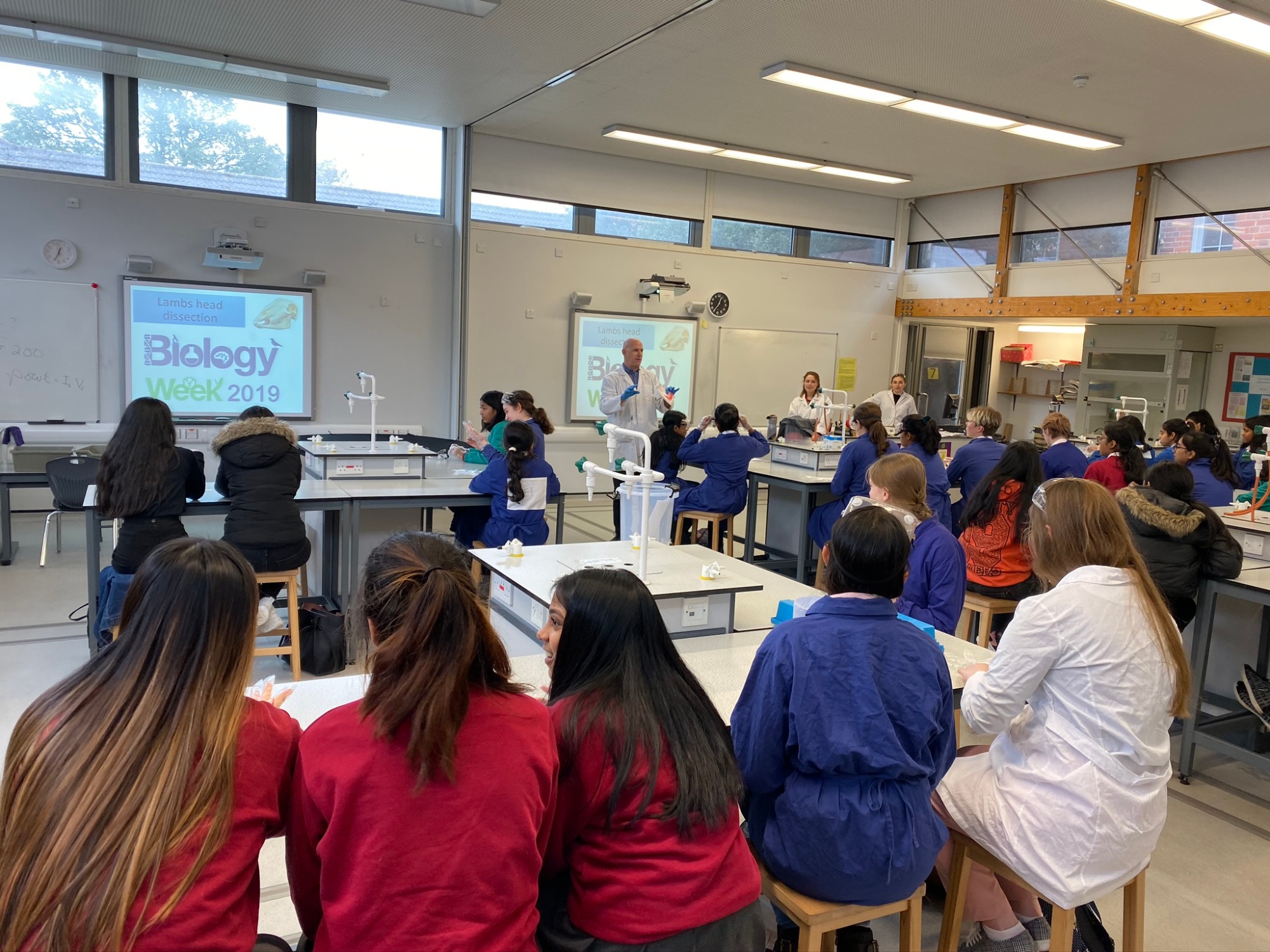 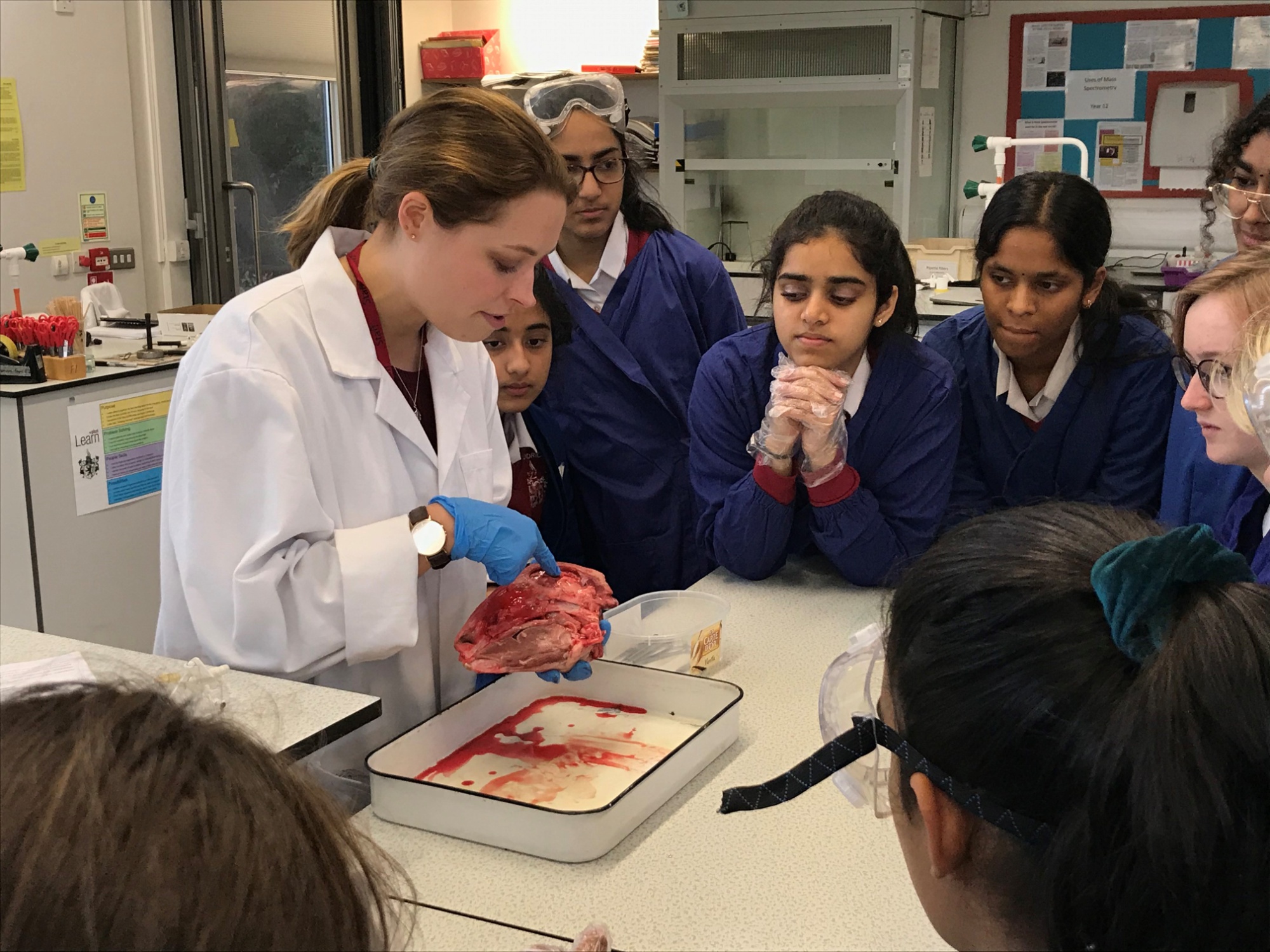 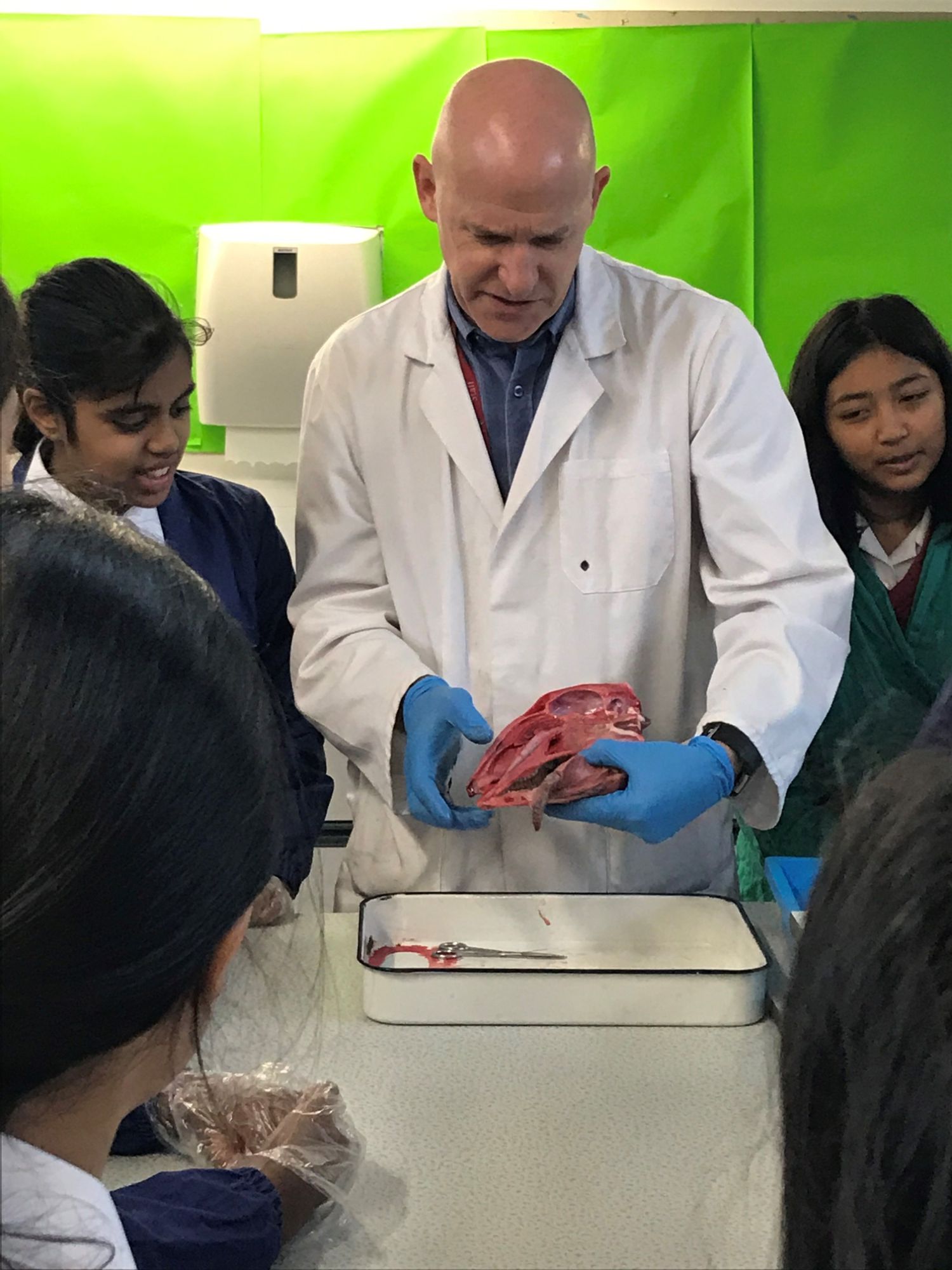 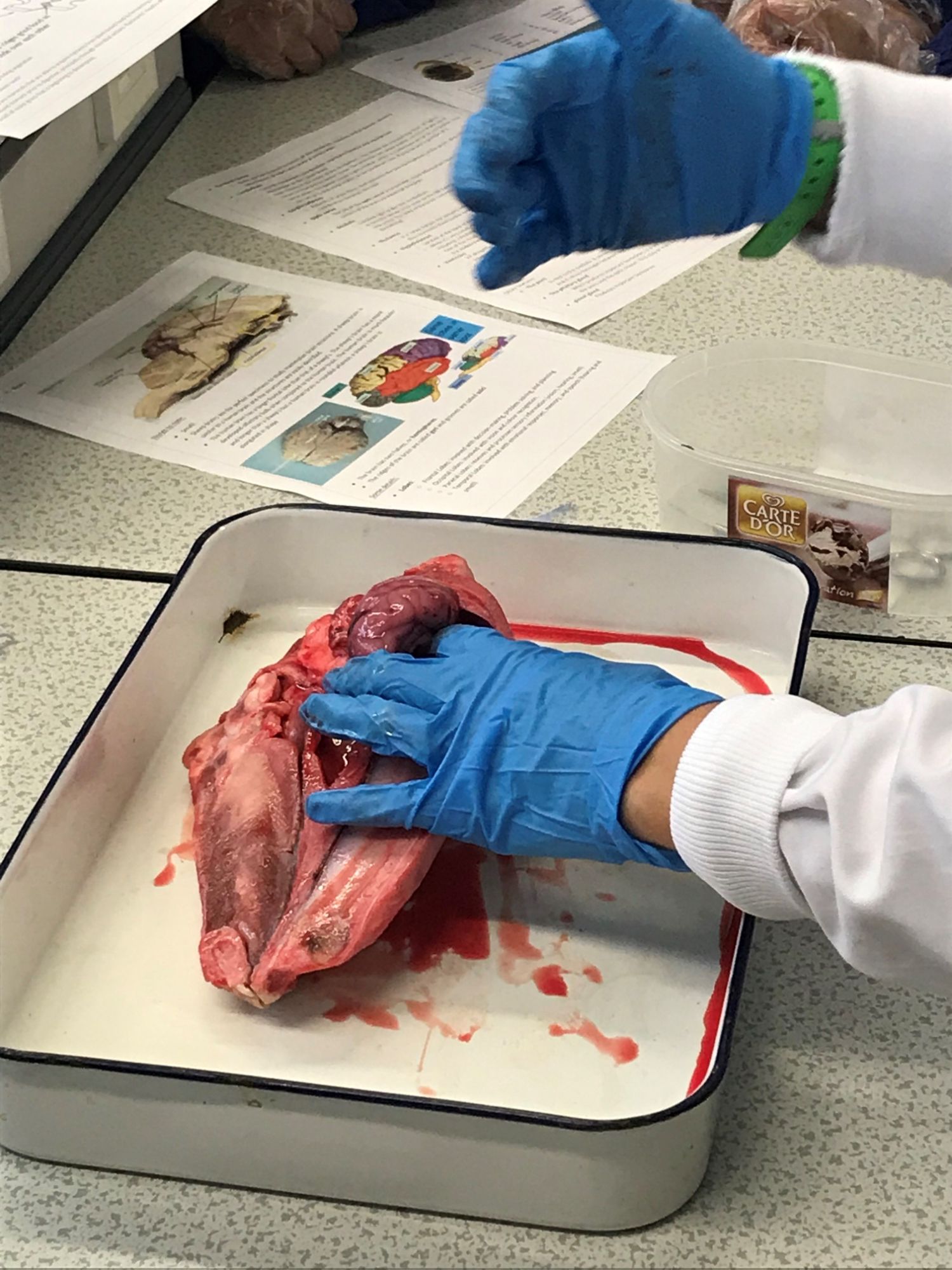