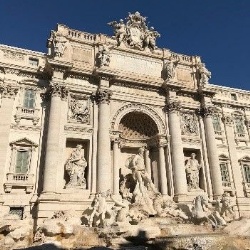 Over the course of 5 days in the half term, 40 students were given the incredible opportunity to explore Rome and Naples. Needless to say, it was an unforgettable trip which proved to be very educational for Latin and Geography studies.

On Saturday we were up bright and early to catch our flight.  Arriving in sunny Rome was a nice change from the British winter!  We explored the city, walking from the Circus Maximus to the Vatican and gaining a better understanding of the history and importance of Rome as a hub for business and culture.

On Sunday, under the guidance of our brilliant tour guide David, we were immersed in ancient Italian culture,   where we thoroughly enjoyed learning about both baroque and imperial Rome. 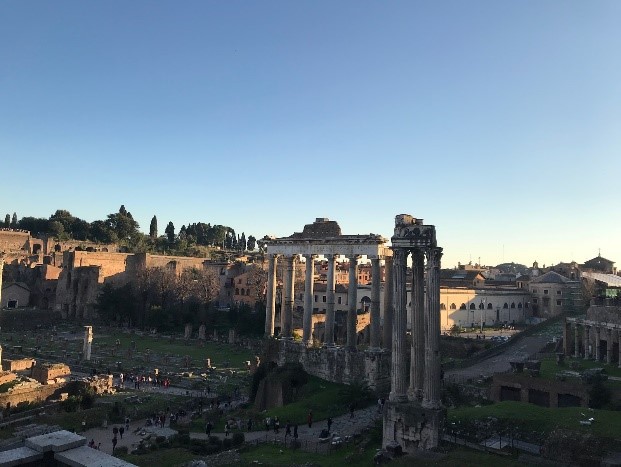 The morning consisted of visiting iconic sites such as the Trevi Fountain, Piazza Navona, the Spanish steps and ending with the Pantheon. David had a wealth of knowledge about Rome, so we learnt a great deal about the varying layers that blended together to make up the city (some may even call it a lasagne.) In the afternoon we explored imperial Rome, visiting the Colosseum and the Roman forum. Walking around the Forum, hearing about the Vestal Virgins, a group of priestesses who were the only people who lived in the Forum, was particularly enjoyable as was learning about the dramatic shows that took place in the Colosseum which included bullfighting, lions and executions - although they all usually involved death. Once again David showered us with a wealth of knowledge and wit, ensuring that it wasn’t a day to forget.

On Monday we departed towards Naples. After a lot of walking around Rome, it was welcome news that the panoramic tour of the city would take place on a bus. Nevertheless as we travelled around the third largest city in the country, we came to understand how unlike Rome, Naples was much newer but definitely not lacking in charisma and charm! The hotel proved to be in the most picturesque location, looking out towards Mount Vesuvius which we climbed on Tuesday. 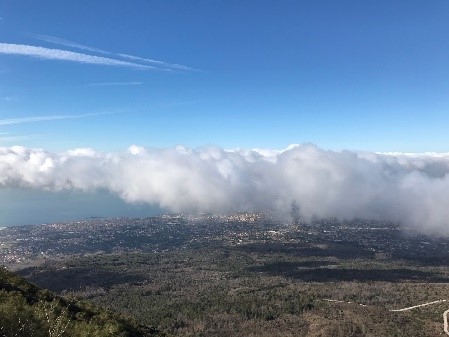 Reassured by Mr Duncan and his risk assessment we felt ready and safe to climb the volcano.  Despite the exerting climb, another favourite moment was reaching the top of Vesuvius and hearing about the fascinating geography behind the eruption and learning about the tectonic plates colliding - Eurasian and African  - and different rock types.   We had some time to circle the crater and we learnt about the composition of Vesuvius and how it is monitored for potential eruptions, as well as the AD79 eruption which destroyed both Pompeii and Herculaneum. This turned out to be incredibly eye opening and really made us think about how the Romans viewed Vesuvius as just a normal mountain even though it showed signs of a large eruption 17 years before it finally did!

On Tuesday afternoon we visited the city of Pompei which was decimated by the eruption. Covered by pyroclastic flows, city life was completely halted as all the inhabitants perished. It was surreal walking around the preserved city, allowing us to understand better both domestic and economic life in ancient Pompeii. A true highlight for Latin enthusiasts was visiting the house of Caecilius where his faithful companion Cerberus was also spotted on a mosaic by his house. We were reminded how the people we learn so much about and have come to love were real, and visiting Pompeii allowed us to have a glimpse into their life. 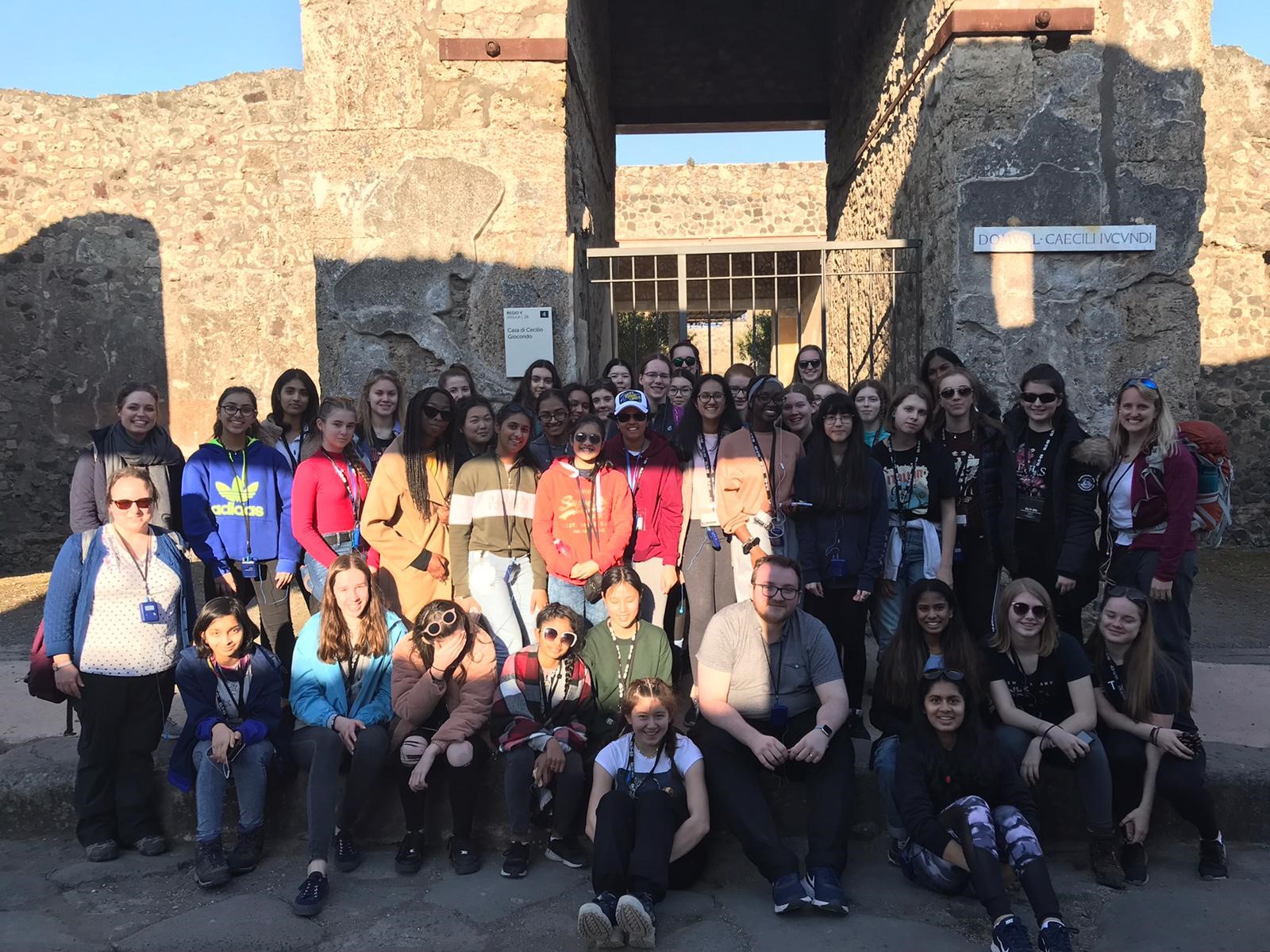 On Wednesday we followed up our Pompeii trip with a visit to Herculaneum, a smaller fishing port which was covered by lahars (mud flows that can reach up to 30/hour.) Not only did we discover Mr Duncan’s aptitude as a tour guide, we were further able to explore Roman houses and areas of commerce. Although smaller, Herculaneum was better preserved and walking through the city allowed us to further understand ancient Roman life which we had witnessed in Pompeii. It was striking seeing the bodies of those who tried to escape the eruption, forcing us to remember the tragic impact that the AD79 had socially, not just economically.

A after quick waterfront walk along Naples and a discussion with Mrs Dunlop about her favourite hard engineering defences, it was time to head back to Gatwick. On behalf of all the students, we would like to thank Mr Duncan and all the other teachers who kindly gave up their time and holiday to give us this incredible opportunity which we will never forget. The warm climes of Rome were matched by an equally warm and approachable manner of all the staff who, along with our favourite tour guide David, made sure that everyone had an amazing and informative time in sunny Italy!