BPHO competitions and Palak’s amazing day at the Royal Society.

Two British Physics Olympiad Competitions took place in March for Year 11 and Year 12 students and there were some very impressive results. In the Year 12 Competition, there were 12 award winners and two joint top students, obtaining excellent SILVER awards, Mia and Jana.

In the GCSE competition there were 19 award winners, with Sruthi obtaining a SILVER award, and Palak obtaining a very impressive GOLD Award. As well as receiving two book prizes, she was also invited to the Awards ceremony at the Royal Society.

Please read Palak's report on the event below: 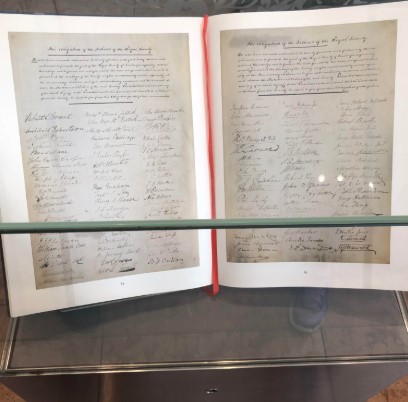 Winning a Gold in Physics GCSE Challenge was a dream come true; getting invited to the presentation ceremony at the Royal Society took my breath away. I was just ecstatic to be invited to the august body.

The day arrived none too soon. We reached at the venue at 12:30 and the place was packed with students, parents, teachers and society members busy mingling and socialising. The programme had 8 names from GCSE and I was number 4 on the list! I was going to be called onto stage! I just could not believe that this was happening. From then on it was like a blur. I was a nervous wreck and I could not eat anything although the food was delicious (looked so and my father told me so). We had our photographs taken on the stairs under the watchful eyes of a previous fellow of the Royal Society. Seeing the signature of Charles Darwin accepting The Obligations of the Fellow of Royal Society just made me feel as if I was witnessing history. Just being at a place where the historical figures of the scientific world had walked, was a surreal experience.

The presentations were preceded by some engaging lectures from hosts and sponsors extolling the virtue of pursuing Physics as a subject. The first set of presentations were for the last years finalists who represented GB at the International Physics Olympiad. It didn’t come as much of a surprise that all were presently studying at Cambridge! There was some drama when it came to my turn. For some reasons the hosts thought that I had not been able to make it and therefore would not be able to collect the award on stage. However, thanks to some quick intervention, better sense prevailed, and I got my chance under the sun!

The presentations were followed by a lecture from the outgoing President of the Royal Astronomical Society, Prof John Zarnecki, who had been part of several space exploration programmes including the Cassini mission to Saturn. Cassini mission was of special interest to me because I had participated in the essay competition “Be a Cassini Scientist for a day” and had proposed that Cassini images of Icy Plumes of Enceladus should be explored as they hold the maximum promise from scientific study. After the lecture I went up to him and spoke to him about his experience. I also informed him about the essay and he joked that rather than him I should be the one talking on the podium. His autograph on the books I got as part of the award were really the icing on the cake for me.