Holocaust Memorial Day, 27th January 2021, marks the anniversary of the liberation of Auschwitz-Birkenau, the largest Nazi death camp.  Remembering the six million Jews murdered during the Holocaust, we bear witness for those who endured genocide, and honour the survivors and all those whose lives were changed beyond recognition.

Students are also encouraged to “Join the Nation and #LightTheDarkness”  at 8pm on 27th January when households across the UK will be lighting candles and putting them in their windows to remember those who were murdered for who they were and stand against prejudice and hatred today.

Students are also invited take part in an online event this week with Ruth Barnett, a Holocaust Survivor and Rahima Mahmut, a Uyghur activist and singer who has been unable to contact her family living in Xinjiang, China since 2017.  The event is being hosted by Rosie Mulhern, a former Kendrick student and Holocaust Ambassador. It is called Standing Against Genocide and will be a panel discussion with a Q&A on Thursday 28th January 6 - 7:30 pm via zoom. Find out more about this event at  https://pastandpresentgenocides.eventbrite.com 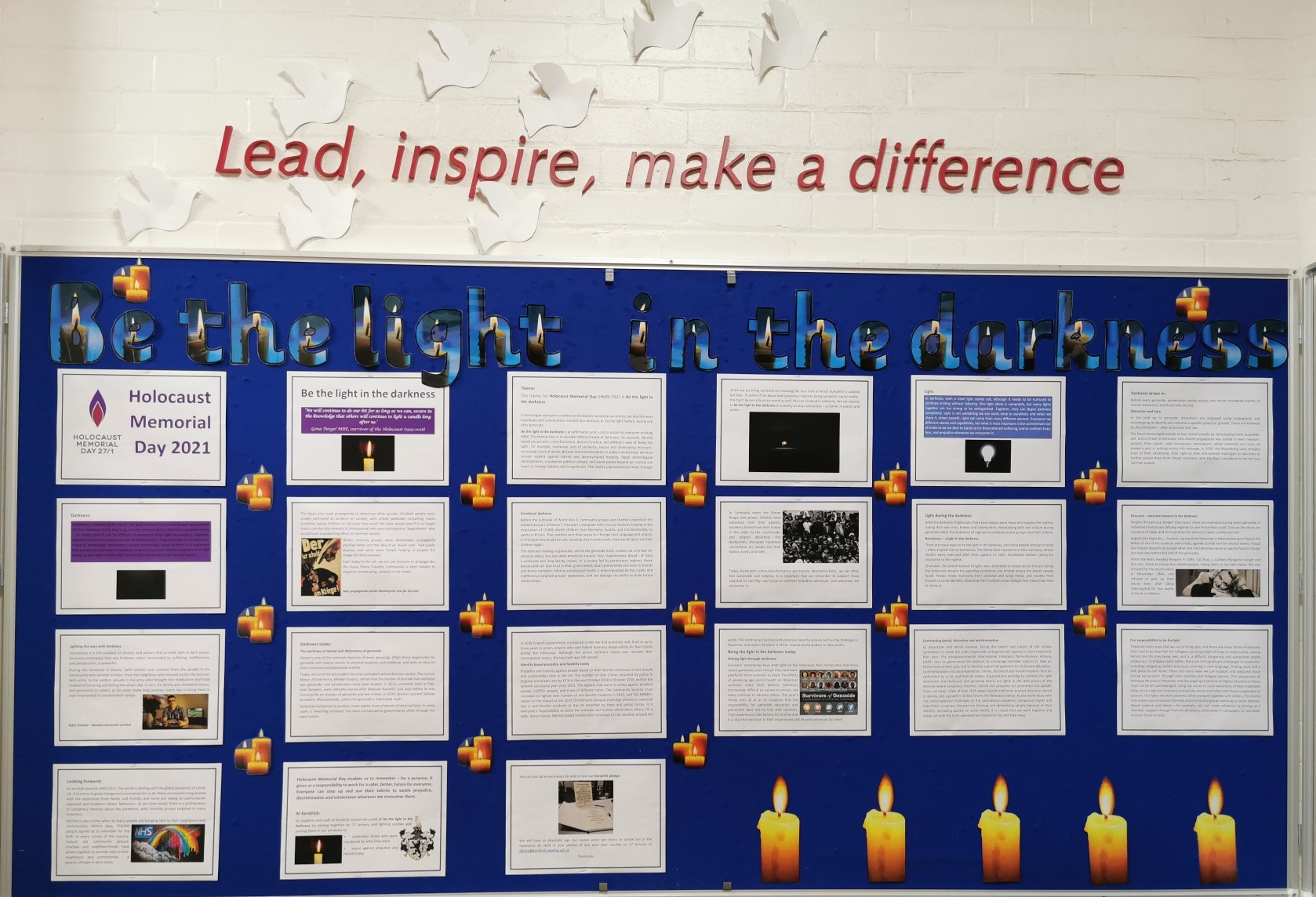