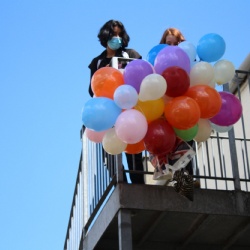 In the last week before half-term, Year 9 had the opportunity to try new challenges to help improve team building and team work within the year group. We worked with the Wilderness Group, a workshop in which we got to put our leadership, problem-solving skills and teamwork to the test.  We researched missions to Mars and recreated and solved some challenges they would have had to face.

As part of the egg challenge, we had to drop an egg from the top of the fire exit stairs just like a package going to Mars. We were given a range of materials to use to protect our egg, like balloons, straws, card, packing peanuts, cotton wool, bubble wrap, string, plastic bags for parachutes and elastic bands. We had to consider payload, in this case being the size and weight of the design created to protect the egg. 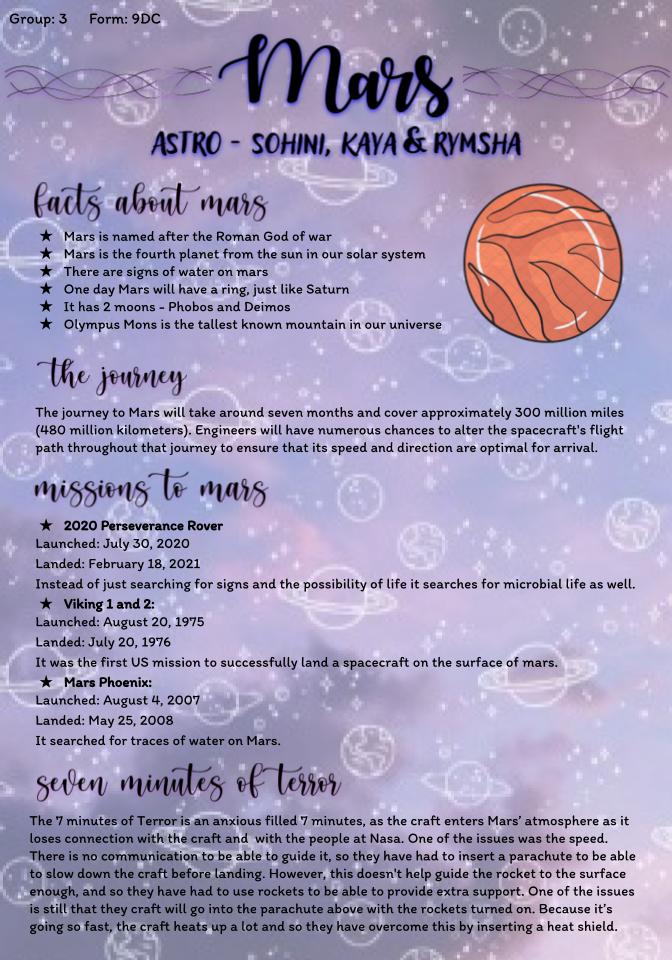 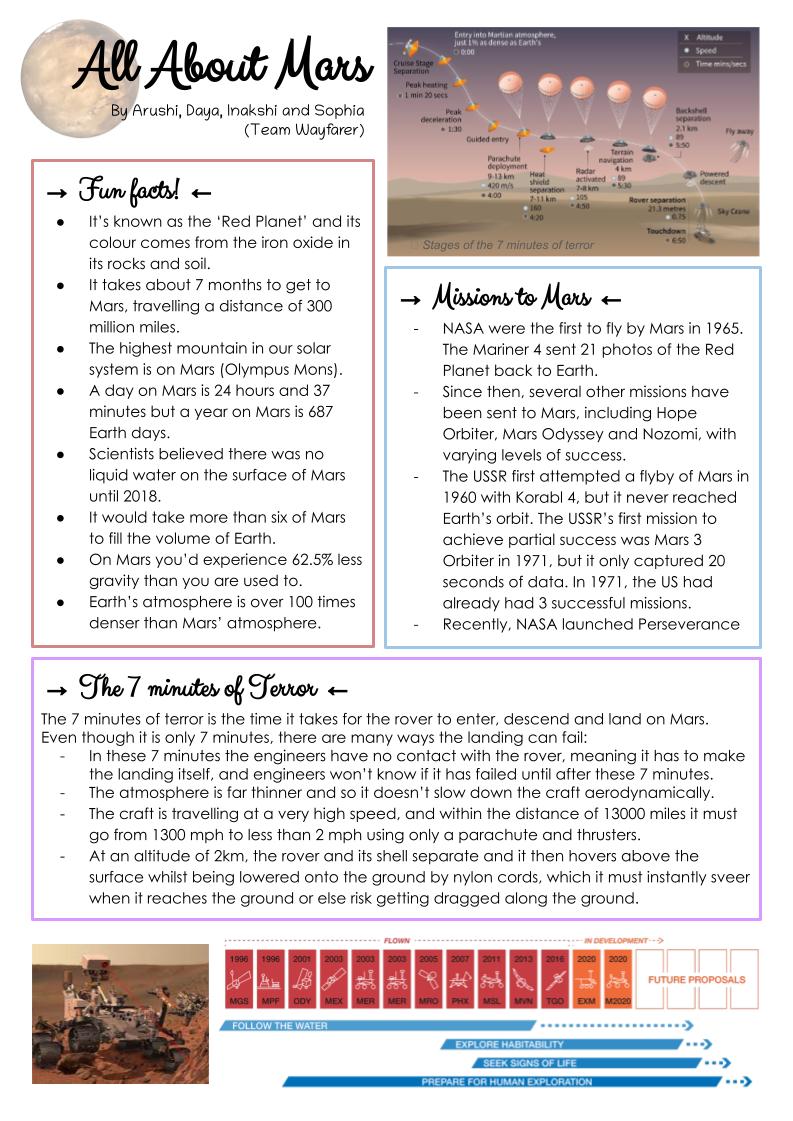 To start the day off we went through a presentation on how the challenge was to work and all the necessary information required. We watched a video by Mark Rober about different egg drop tricks and their scientific explanations. One of the tricks being a contraption made of straws. He used 6 long straws to make a regular pyramid and placed the egg inside. There are no straws pointing directly at the egg and so when it hits the ground the force goes up through the straw and not hitting the egg.  We researched facts about Mars, how long it takes to go there, successful and unsuccessful missions and their aims, why it’s difficult landing there and the 7 minutes of terror (landing) / EDL (entry, descent, landing).  We then started designing our contraptions for the egg. We created posters based on our ideas and prepared a ‘shopping list’ of the different materials we would require.  A rather common idea used was the straws in a pyramid included in Mark Rober’s video. This activity gave us the chance to learn about each other and listen to one another's ideas. We also had the opportunity to realise our different skill sets and make new friends.  As we were making our contraptions we learned how to work efficiently with each other. Finally we were ready they would go outside to test the contraptions which was a lot of fun. 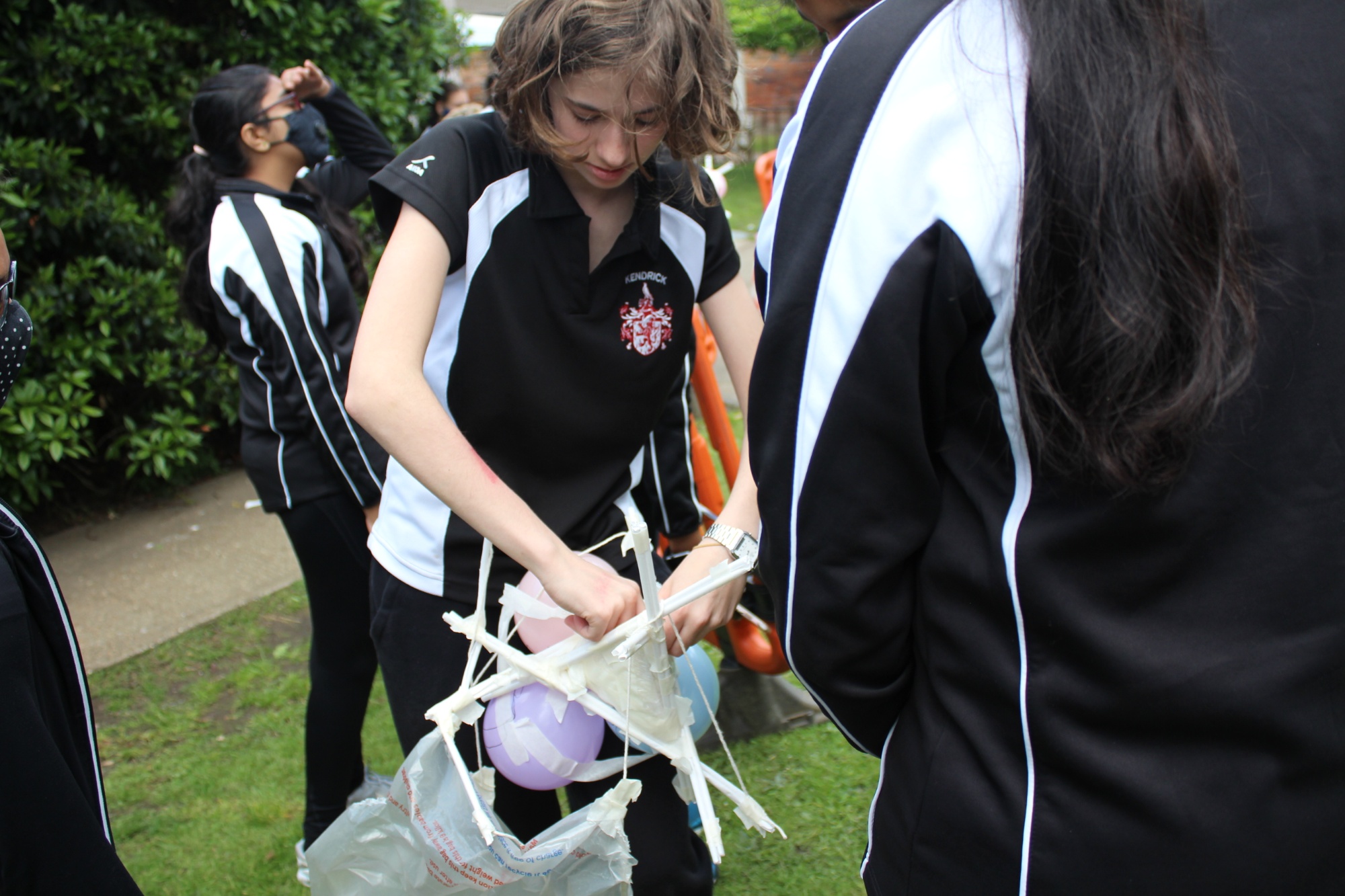 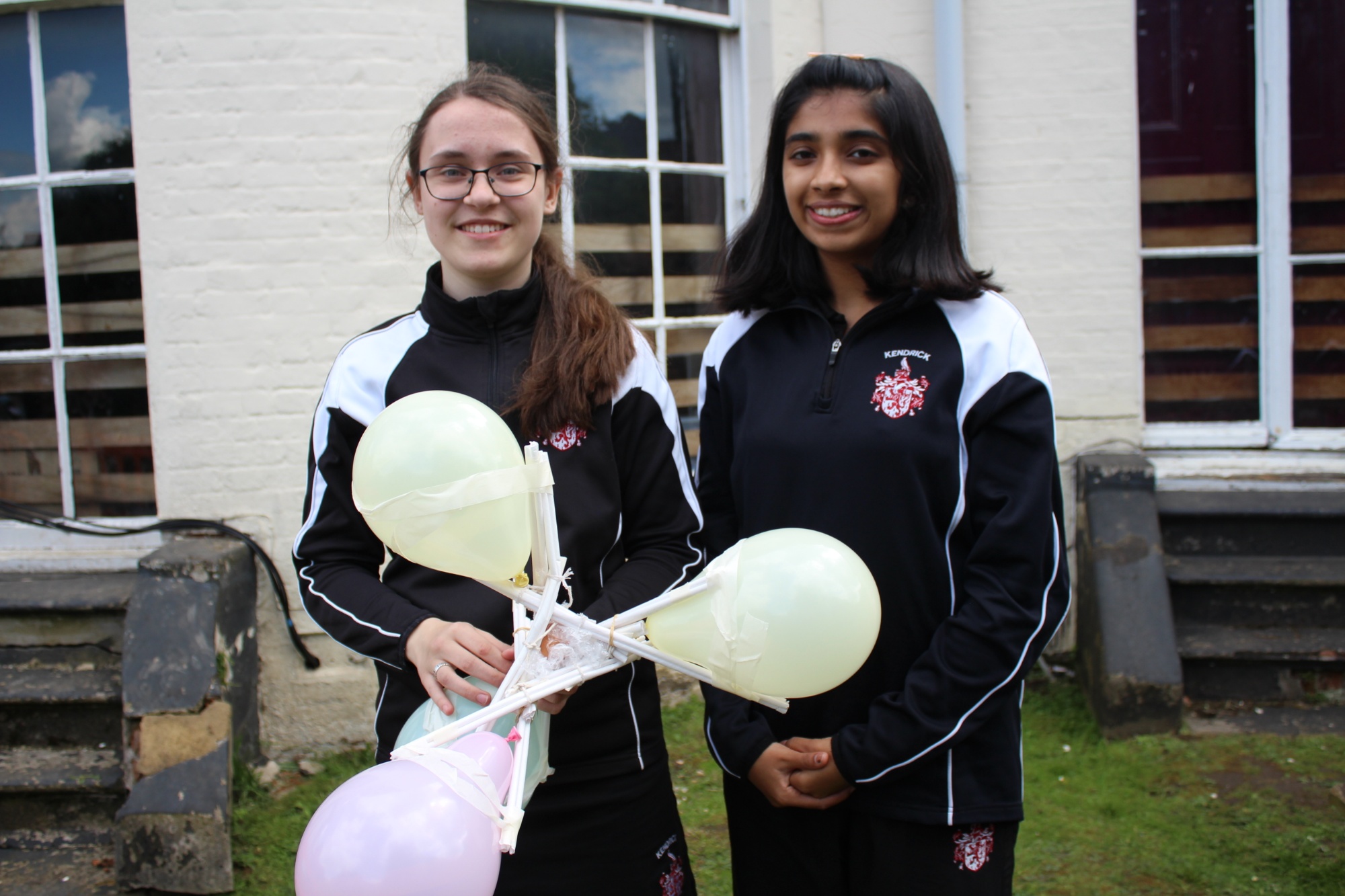 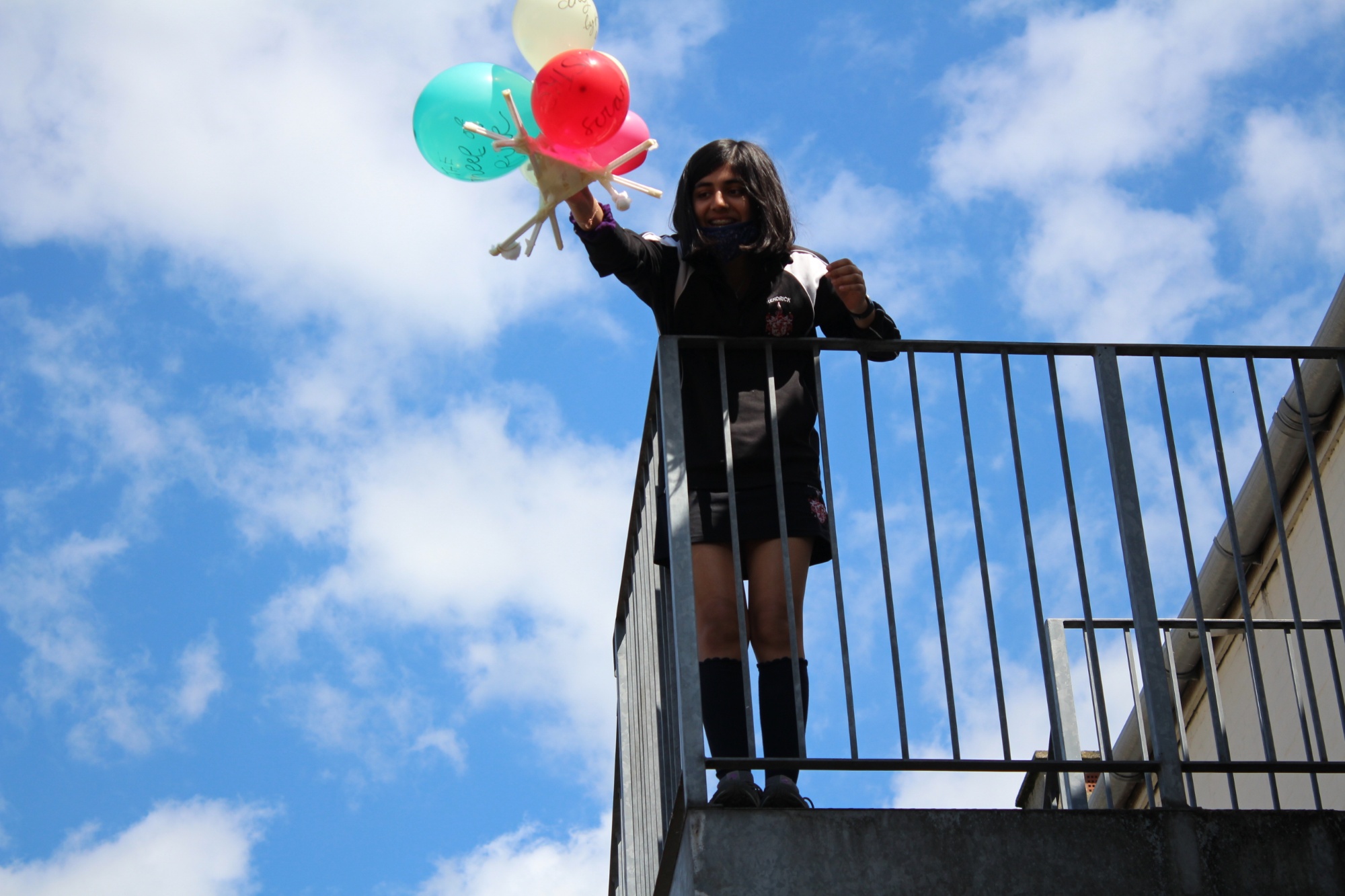 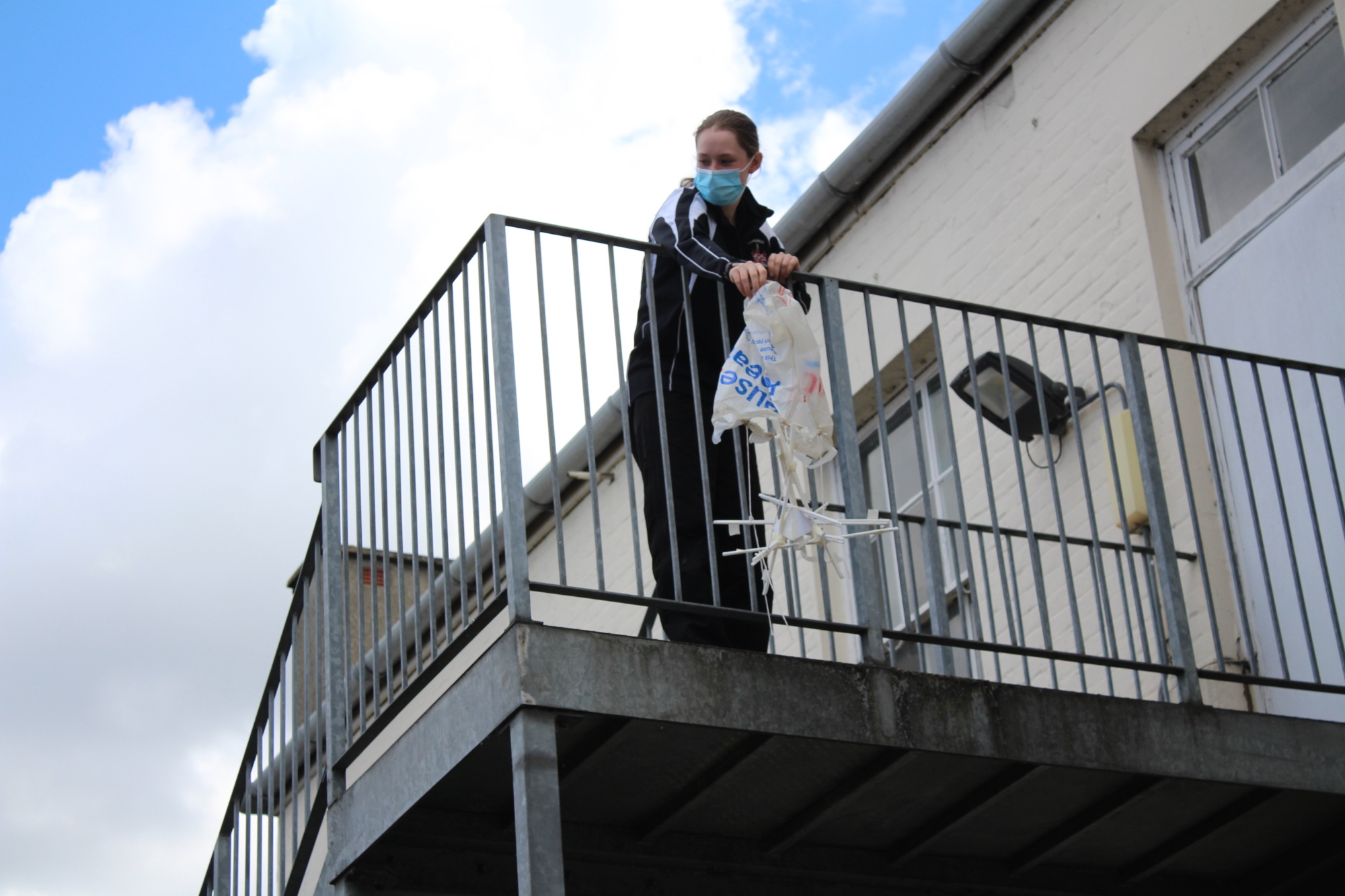 Throughout the day we learnt a lot of new things, from facts about Mars to the scientific explanations on different contraptions.  The Egg challenge also helped us learn about each other and brought out the creativity in us.

By Dora and Shruthi 9ED