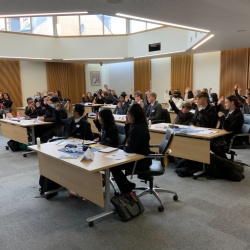 While world leaders have been meeting in Glasgow at COP 26 to discuss climate change and the urgent need for action, 12 Year 12 A level Geography students took part in a mock UN Climate Change Conference organised by InterClimate Network on Wednesday 10th of November. The event took place in Reading’s Council Chamber.

Students from several local schools role-played the delegates at the real United Nations Climate Change Conference. The Kendrick teams were representing countries China, Marshall Islands, Brazil and the EU. The Carbon Cycle and the Enhanced Greenhouse Effect leading to Global Warming and this is one of the eight topics studied by A Level Geography students. The event is therefore useful for the students’ A level study but also shows the relevance of the subject to modern day global challenges.

As well as Kendrick, Reading School, Bulmershe, Highdown, Maiden Erlegh in Reading and King’s Academy Prospect also attended. Kendrick represented the countries China, Marshall Islands, Brazil and the EU. In order to prepare for the conference, we had lunchtime meetings and did plenty of research on our countries beforehand. The EU, however, was a very late addition to the list of countries we were representing, and they had less than a day to prepare but adapted very well to the situation. This research included finding out what pledges our countries made at the Paris 2015 Agreement and also researching what steps we were taking in order to tackle climate change. 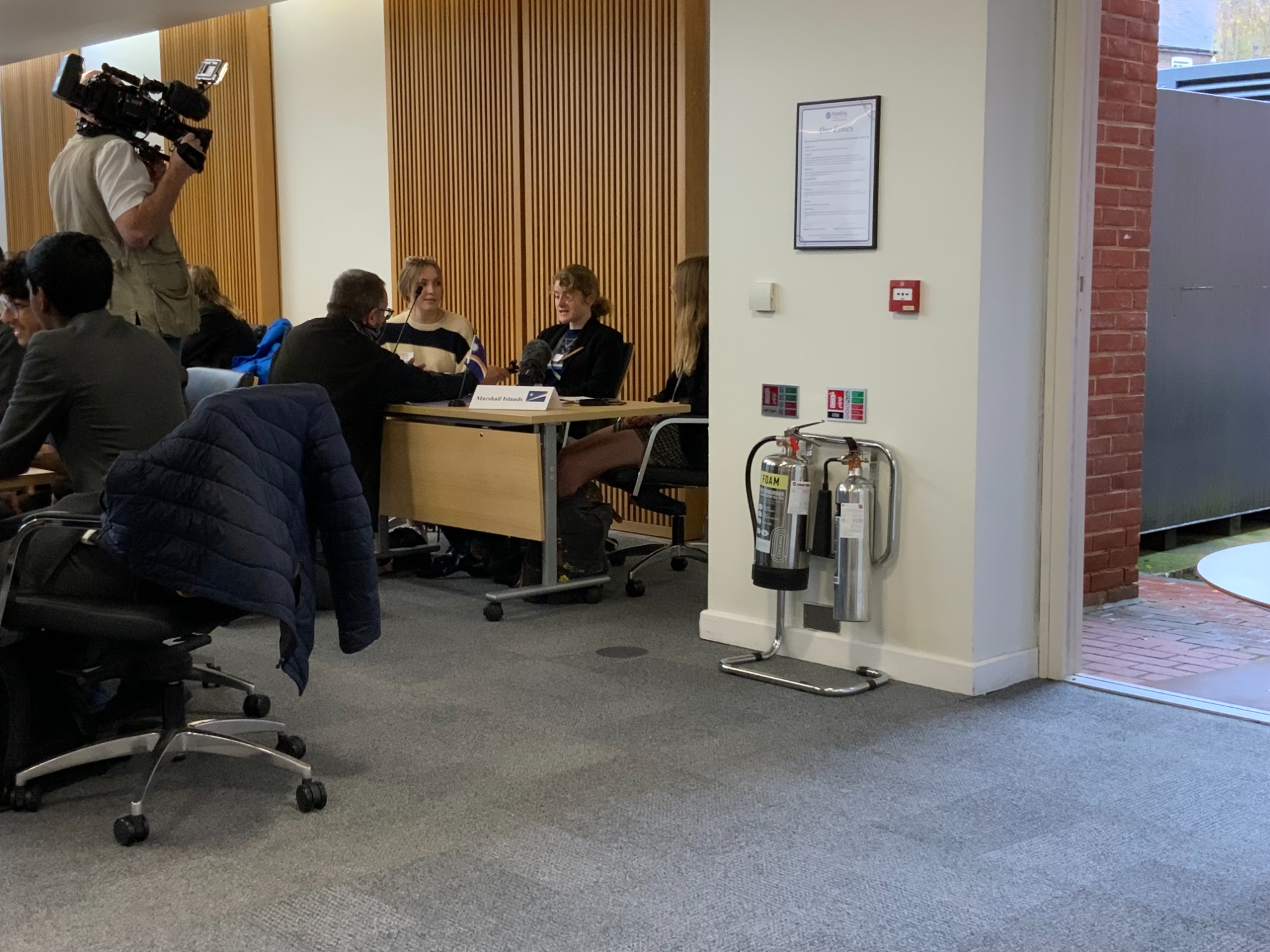 We found the experience very enjoyable, as it was very interactive. We also had the chance to ask questions at the end to a panel of professionals which was very insightful, and they answered lots of our questions. Overall, it was very interesting, and it was nice to be able to interact with pupils from different schools as well. It was very exciting to see the BBC crew there too who recorded the conference and interviewed some of our students. It was aired at 6.30pm the same day on South Today. In addition, some of our voices could even be heard on Radio Berkshire that day! Towards the end of it, we all made pledges about what we would do in the future to be more conscious of climate change and the conference really opened our eyes up to the small changes we could implement in our everyday lives. This includes things such as using less water when we shower or cycling instead of taking the car. It can even be actions such as eating less meat to reduce our carbon emissions as individuals. Reducing our carbon footprint will ensure countries such as the Marshall Islands don't become submerged by rising sea levels.