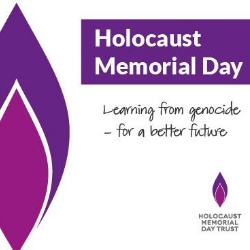 On Thursday 10th March, Angela Strach, the former Head of Drama at Kendrick School, visited Kendrick to speak to students about the experiences of her father, Eric Strach, and the rest of her family in relation to the Holocaust. During an Enrichment lesson, Mrs Strach spoke to all the Sixth Form, where she gave a truly moving presentation following the life of her father, which enabled us to establish a connection with the lives of those affected. Later in the day, she spoke to interested students from Years 7 - 11 and staff, going into more detail about the items she still possesses to remember her family, such as a prayer book with an inscription inside, and everyone learnt a lot about the importance of reflection and commemoration from this. 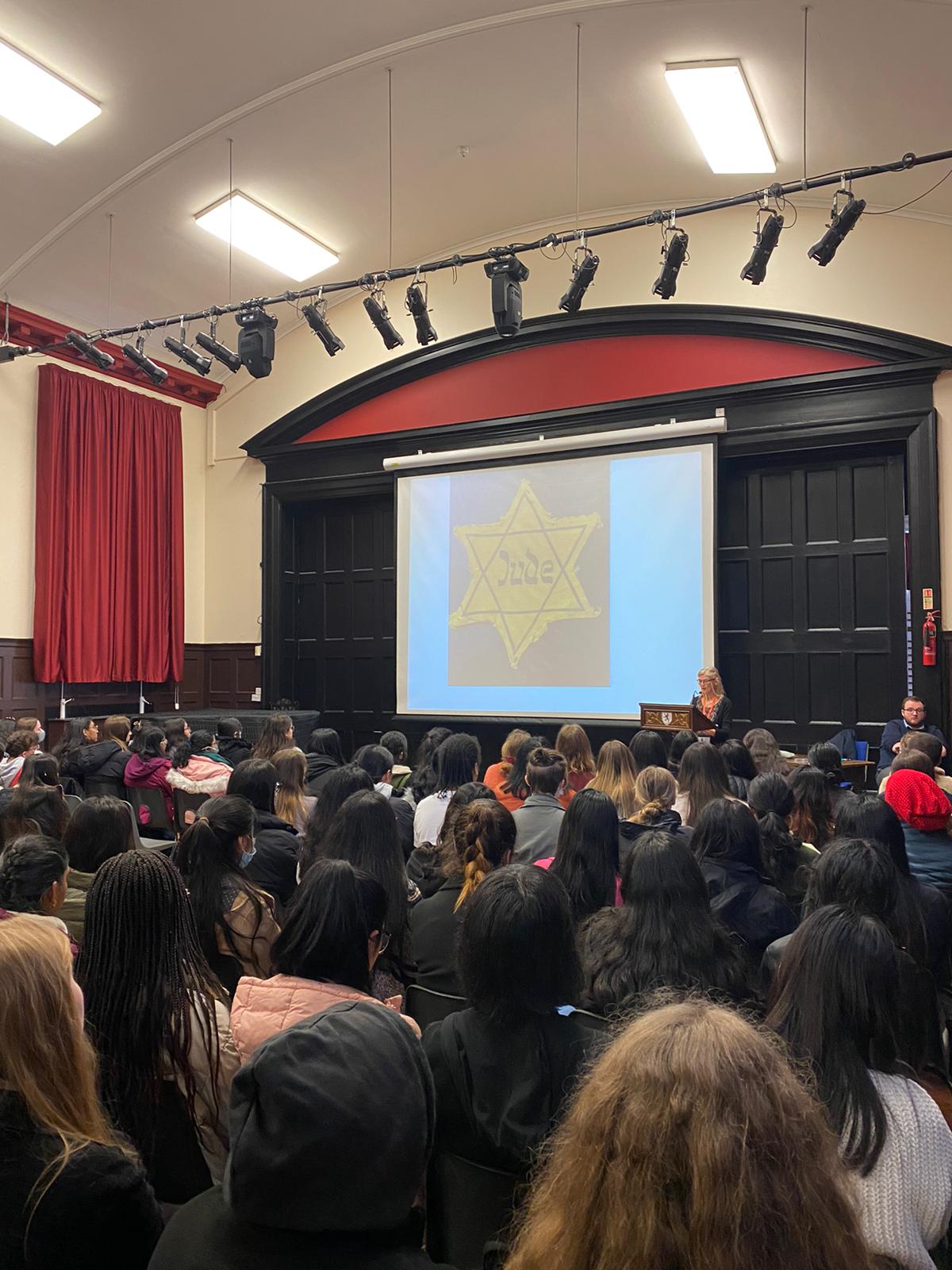 We found the experience of hearing her speak to us in person, as the second generation family member of a Holocaust survivor, extremely valuable, with members of the Sixth Form being truly moved by her father’s story.  In her assembly, she included video clips of her father’s testimony recorded in the 1990s, which enabled us to create a meaningful connection with her father’s life and gain a greater understanding of the impact of the terrible events on individual lives. In line with the Holocaust Educational Trust’s theme this year of One Day, she illustrated the significance of individual days in her father’s life. One example she mentioned, was the day that her father, Eric got married on 27th January 1945, which was the day that the death camp, Auschwitz- Birkenau, was liberated. While a coincidence, this reiterated to her the importance of perseverance, strength and hope in the face of discrimination.

She also spoke about remembering the events of World War 2 and the Holocaust, which she emphasised was more important now than ever before. The current state of the world, to some extent mirrors World War 2: the war in Ukraine, the genocide of the Uyghurs in China and many other conflicts occurring in the world at the moment. Looking back on the horrors of the past and hearing about the effect it had on individual lives, is vital to learn and grow. One particular event that Mrs Strach mentioned was the recent bombing of a maternity ward in Ukraine.  Her father’s late girlfriend worked as a midwife and died when the maternity ward she worked at was bombed. This cycle of war and violence is something that needs to be broken. She highlighted that while it may be difficult to make very significant contributions to this, even small kindnesses, condemning discrimination when you see it, and donating to charities are important in combatting the prevalent injustice in the world that continues to this day.

It was an eye-opening experience and many students now feel more informed and connected to the lives of those in her family, as well as everyone affected by the Holocaust. Thank you to Mrs Strach for delivering these talks for us.