House Drama 2022 Transforming Myths and Legends for a Modern Audience 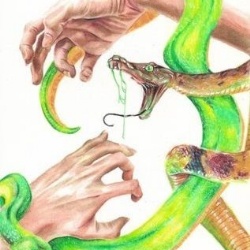 Last month saw the return of the popular house event, House Drama. This year’s theme was based around taking a myth or legend of their choice and adapting it for a modern audience. As always, our students produced three very high-quality performances which made it rather difficult for our adjudicator, Louise Gilmour, to decide on a winner.

Palmer kicked off the evening with their devised piece, Retribution, which focused on the Kitsune, the shape-shifting fox spirits from Japanese folklore. Tackling the themes of morality, retribution and corruption, Palmer followed Edward and his colleagues, who sought to make a lot of money through improper means, and the Kitsune who looked to punish them for it. From large-scale ensemble work, which included the use of masks and complex lighting, to smaller, more intimate scenes with only one or two characters, this psychological thriller engaged the audience from start to finish, setting the bar high for the rest of the evening. 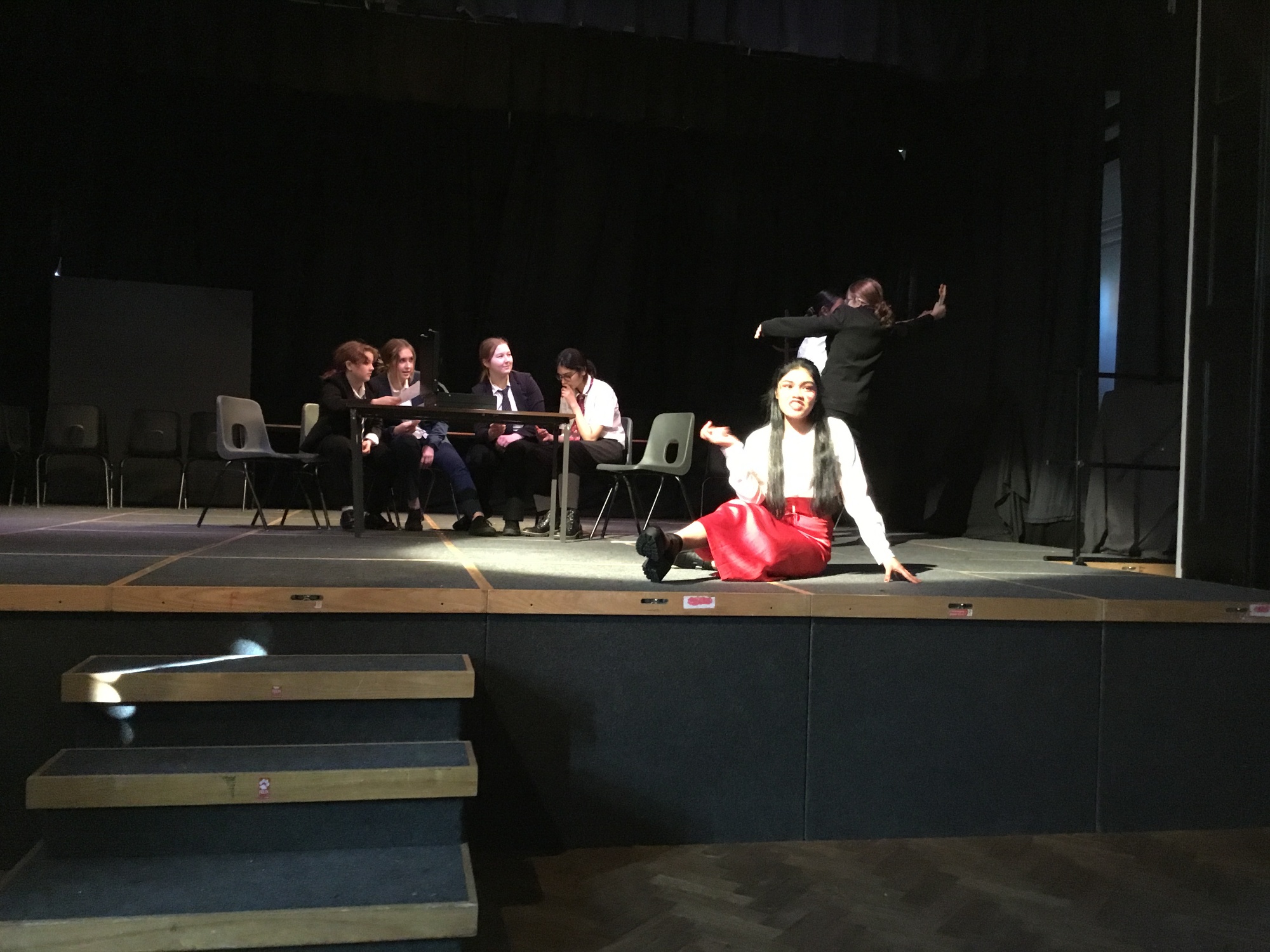 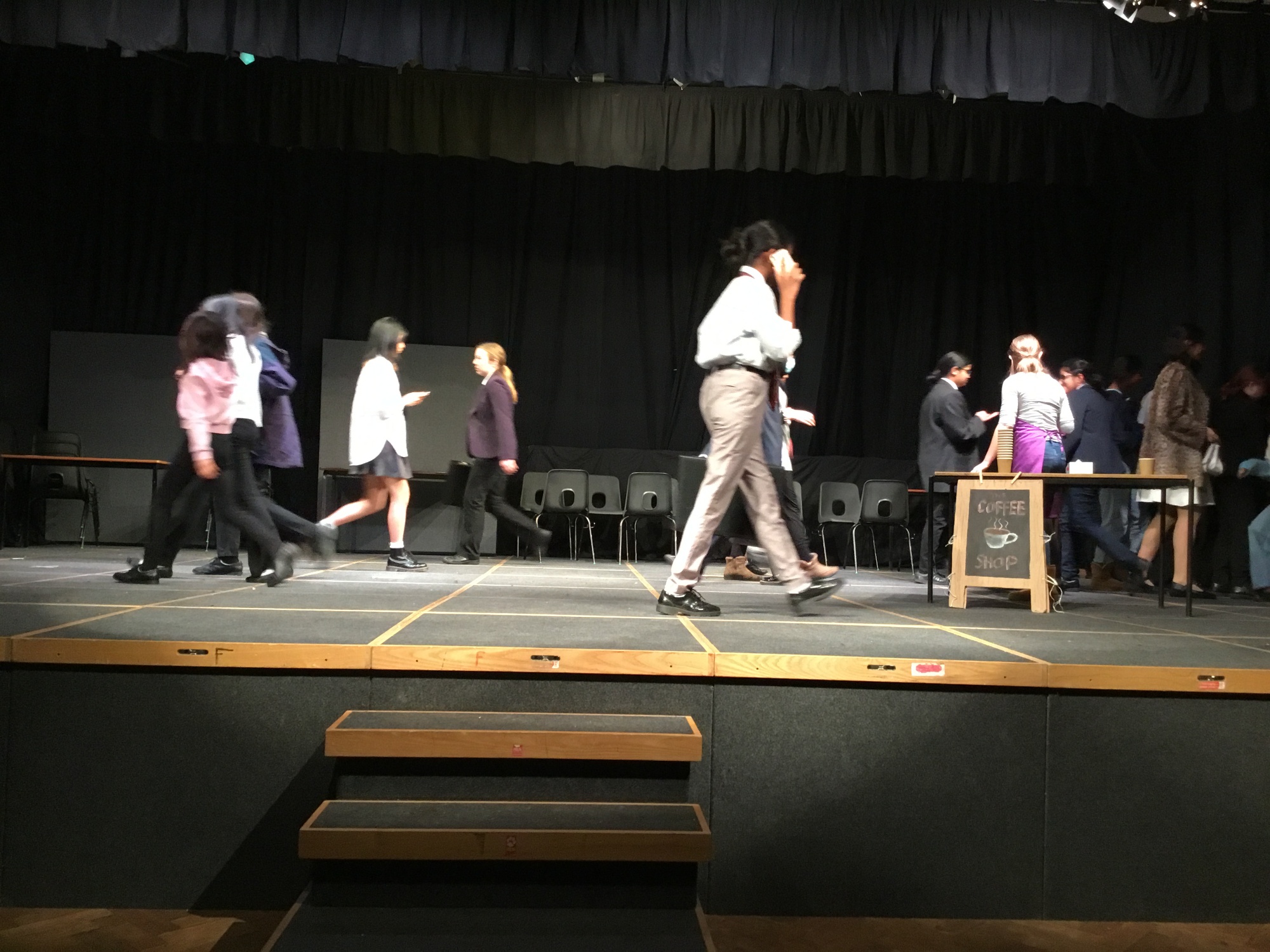 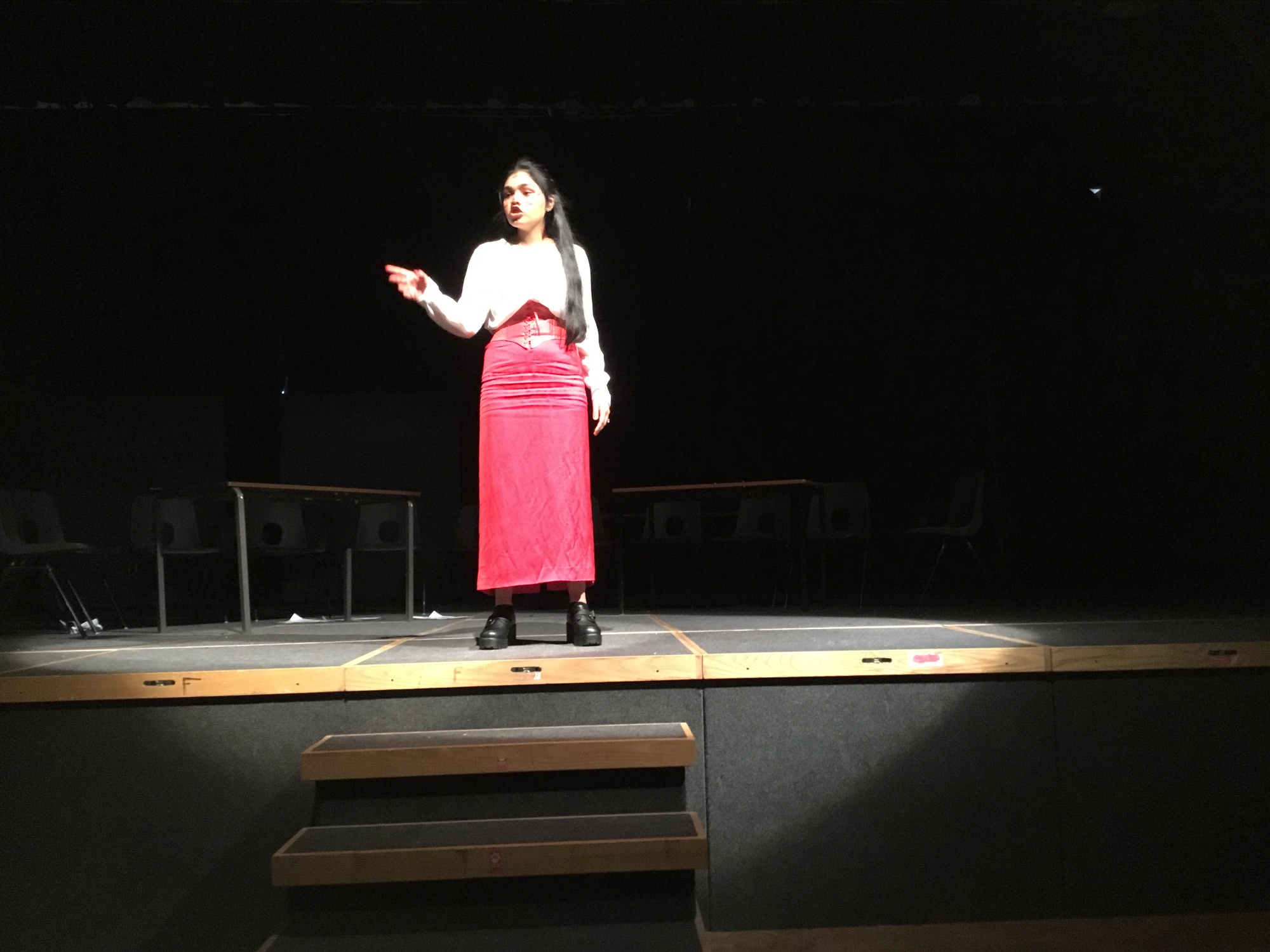 Second to perform were Cedars with their piece ‘Folk Equality’. This explored the Celtic legend of the fae, a race of mythical creatures governed by strange rules. Cedars chose to view this through a political lens. The child, only known as ‘Petal’, and her mother were amongst many townspeople who had a series of rules thrust upon them by their government (Fair Folk). At first, these seemed like fair rules, such as ‘no lying’, but they became seemingly more absurd as the piece progressed. Should a person break one of these rules and their name was known, the distant sound of drumming could be heard, getting closer and closer, as the Wild Hunt came to take them away, resulting in them becoming fae. The audience was left with a cliffhanger at the end whether ‘Petal’ would become a fae. Everyone was now excited to see what Sidmouth would do in return. 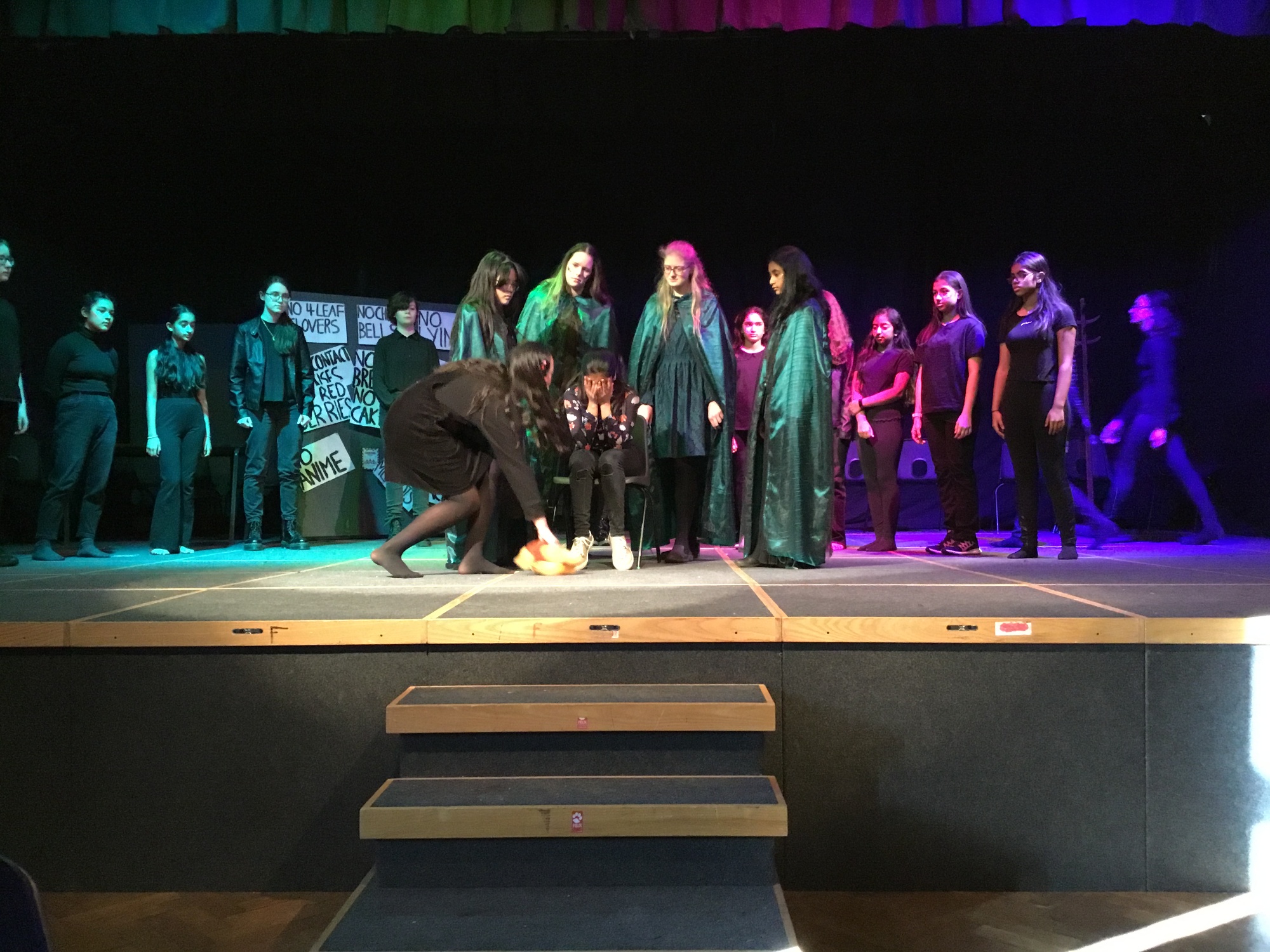 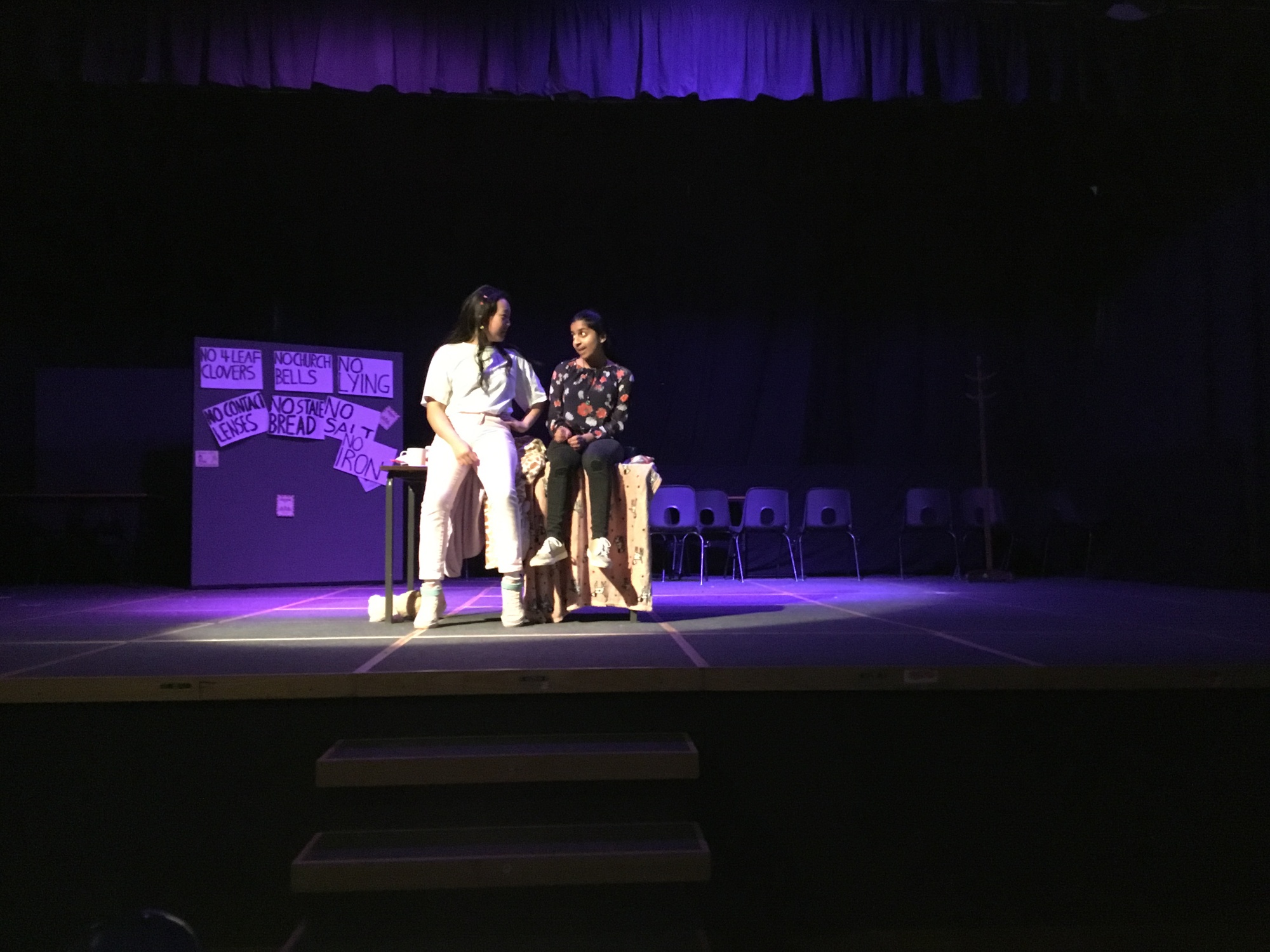 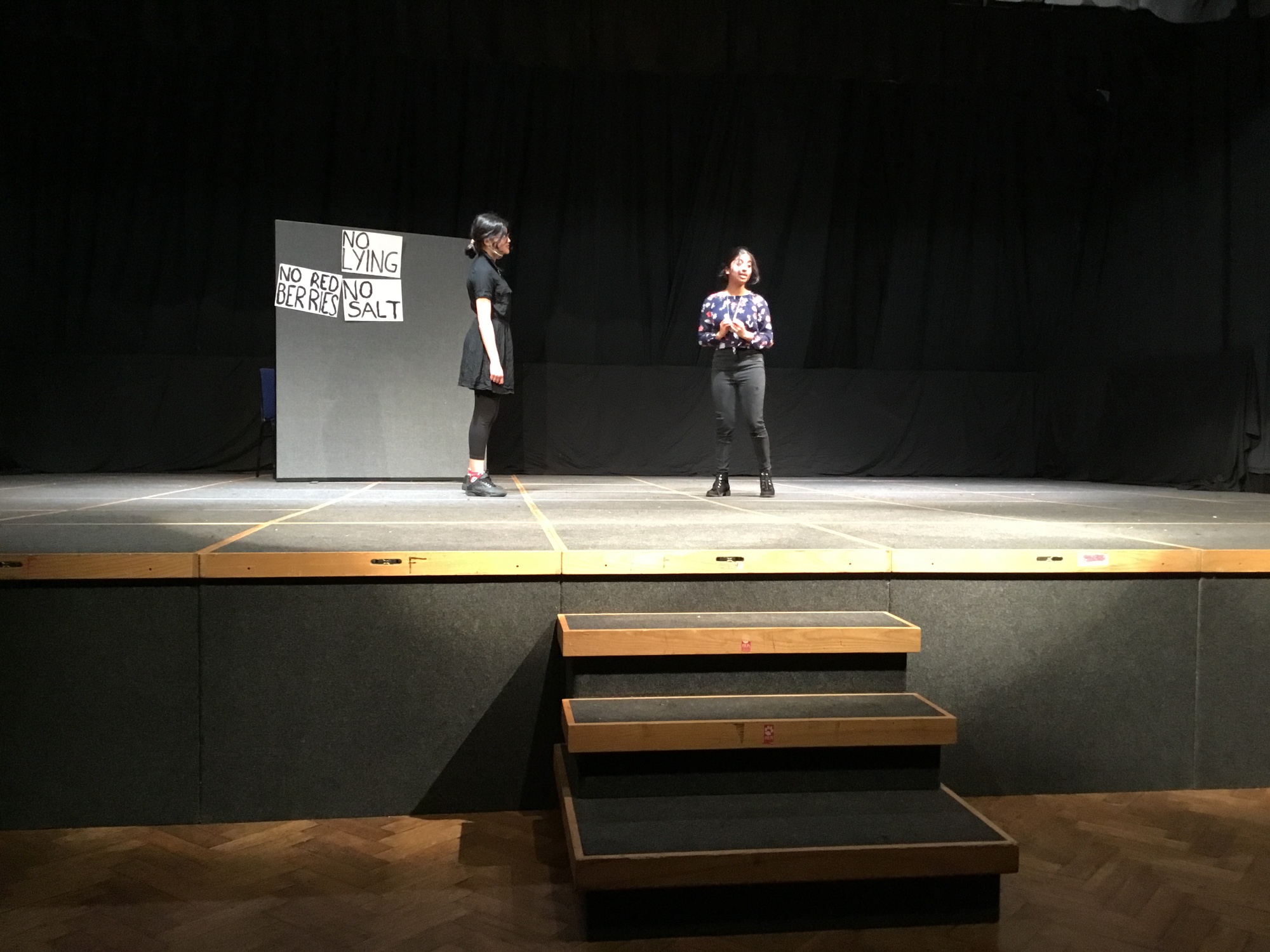 The last performance of the night was ‘A Poison I Drink Often’ by Sidmouth. This took the Greco-Roman myth of the Gorgon Medusa and looked at how far moral boundaries could be pushed in order to get revenge. The central character, Maddie, was a high-achieving medical student who found herself in a difficult situation with her professor after attending their graduation party. Having been cursed by Athena, the professor’s wife, Maddie began to realise she had a deadly effect on those who had committed serious offences. As the piece progressed, Maddie grew in confidence and found that her curse had become her power. Seeing her professor for the final time, she was overcome with the need to get revenge on him, but was she in the right? The audience and adjudicator had a tough decision ahead of them. 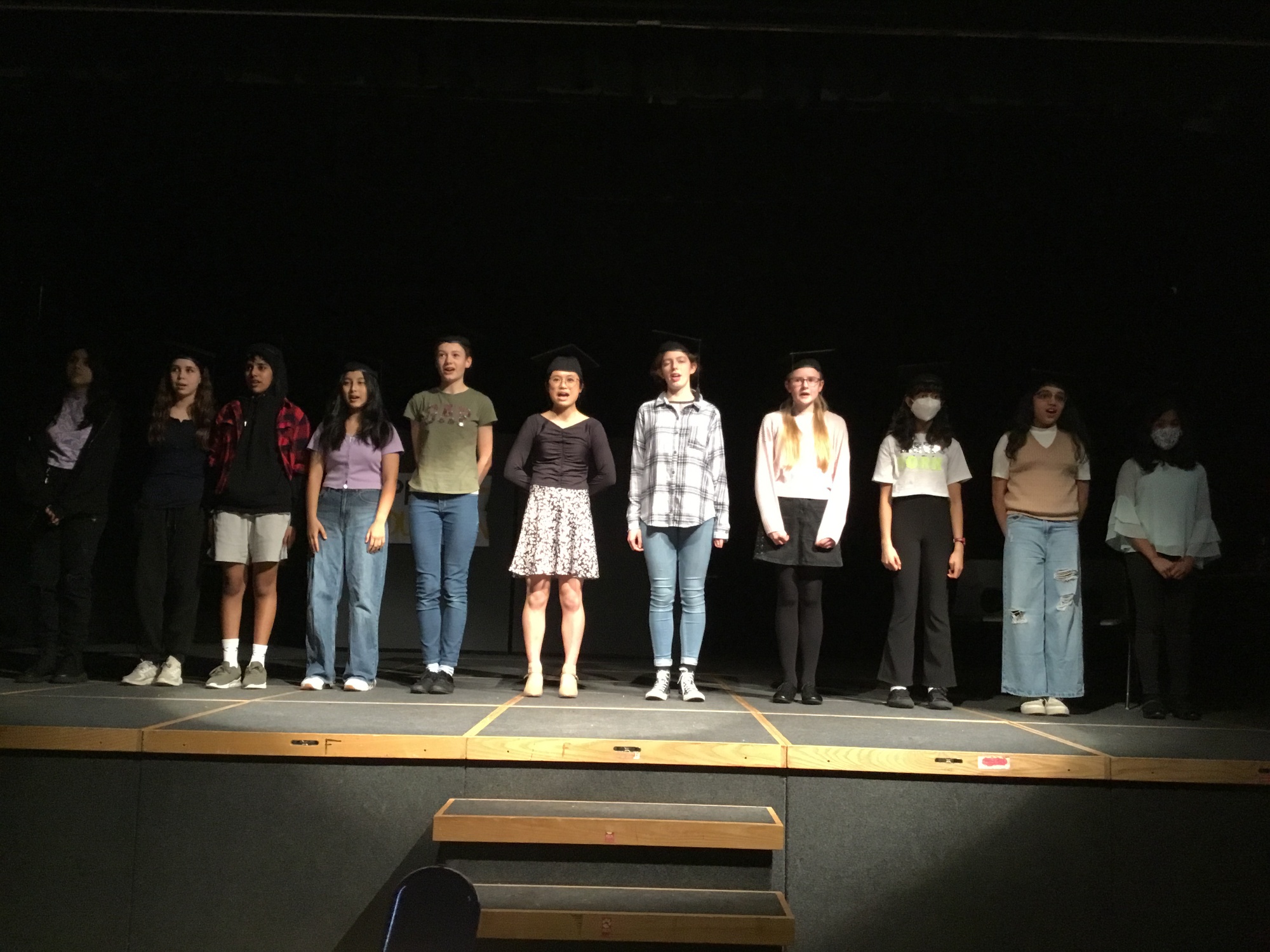 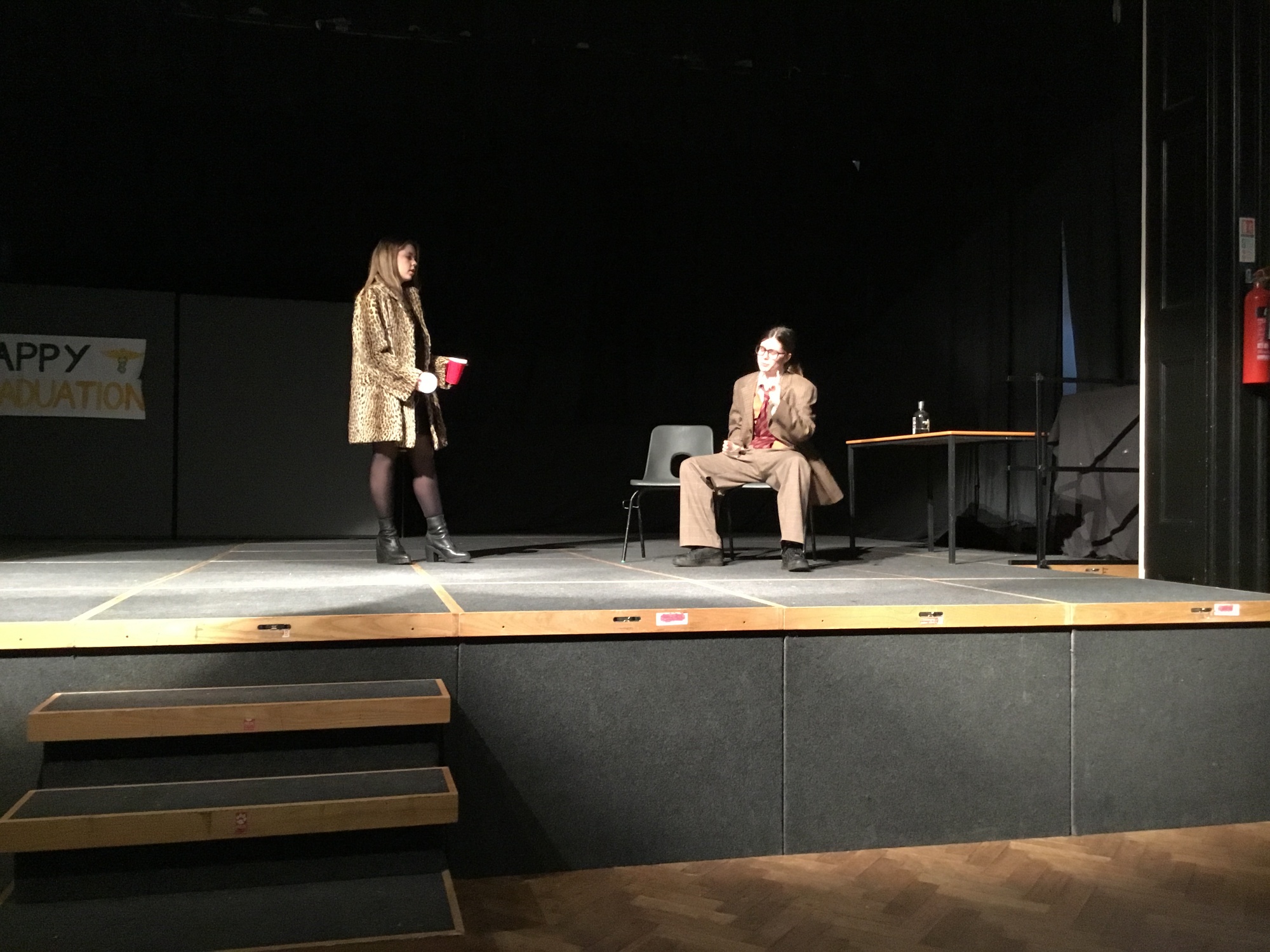 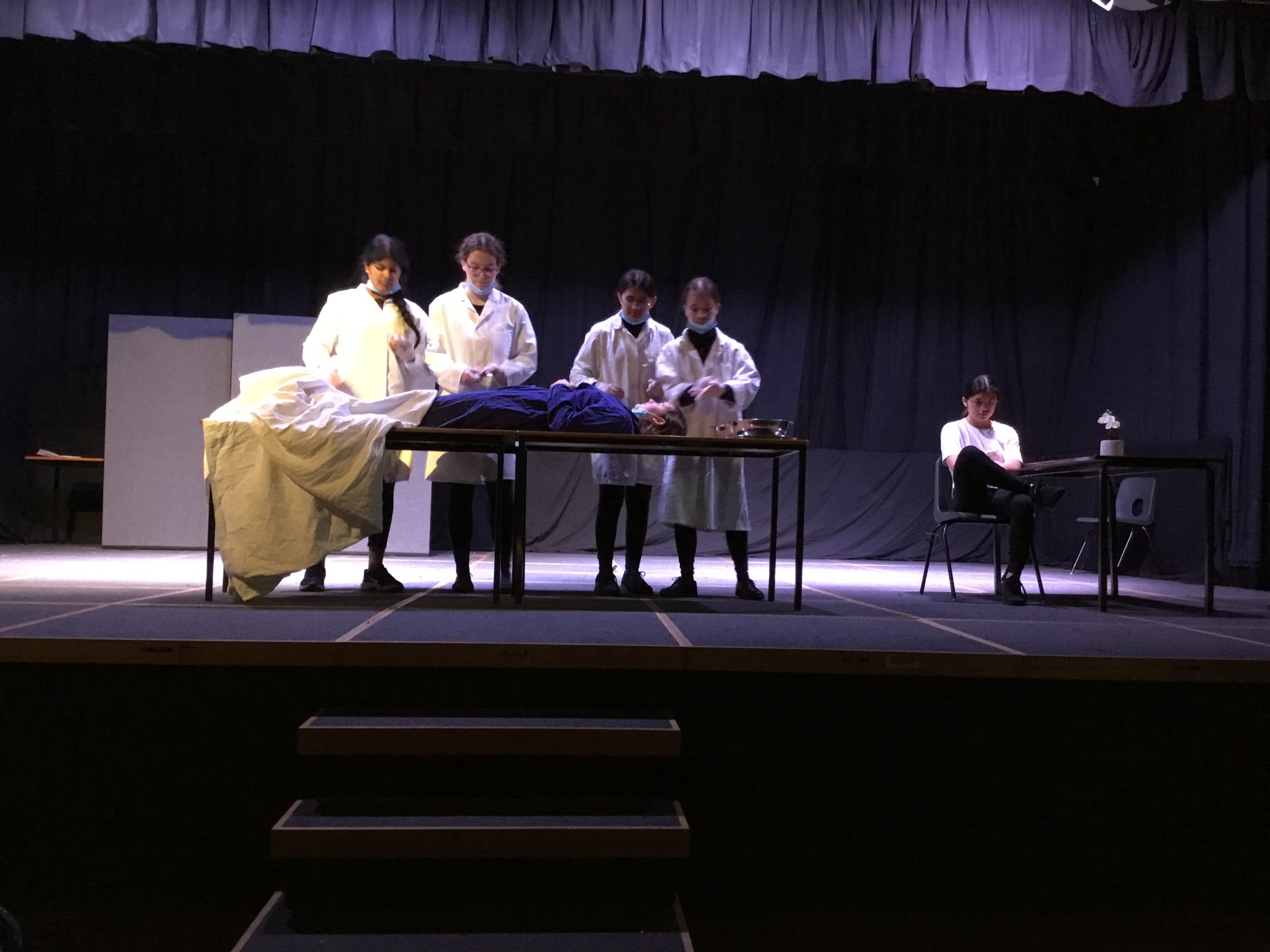 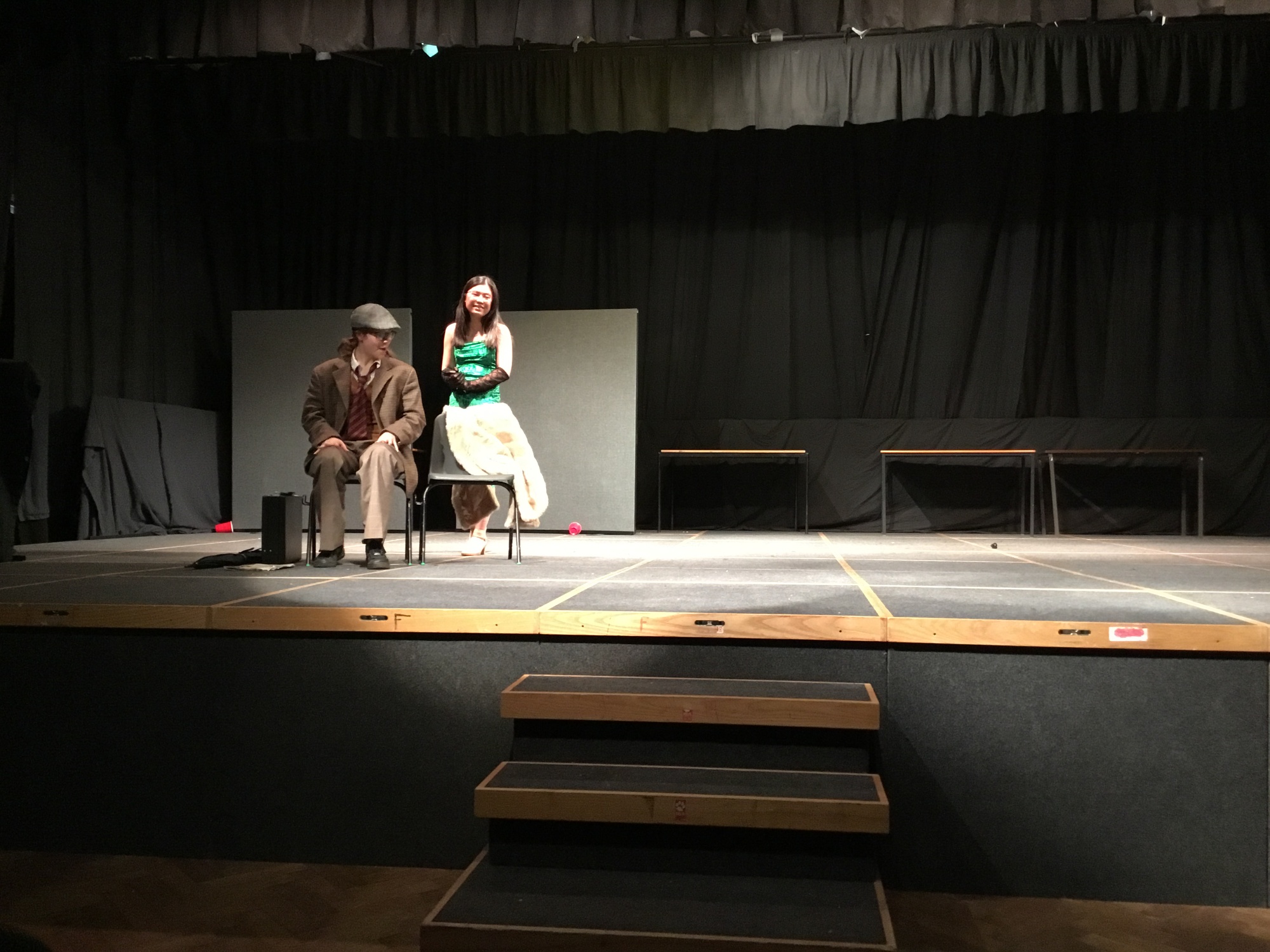 Choosing a winner for the evening was extremely difficult; the pieces were all so different from each other, with standout performances from individuals and larger ensembles, as well as highly effective uses of sound, lighting and staging to convey meaning and impact for the audience. Some plots were more convincing than others and some really took risks with their performances and in the end, there was only four marks separating all four houses! All houses were commended on the quality of their dramatic pieces, but the results were as follows: 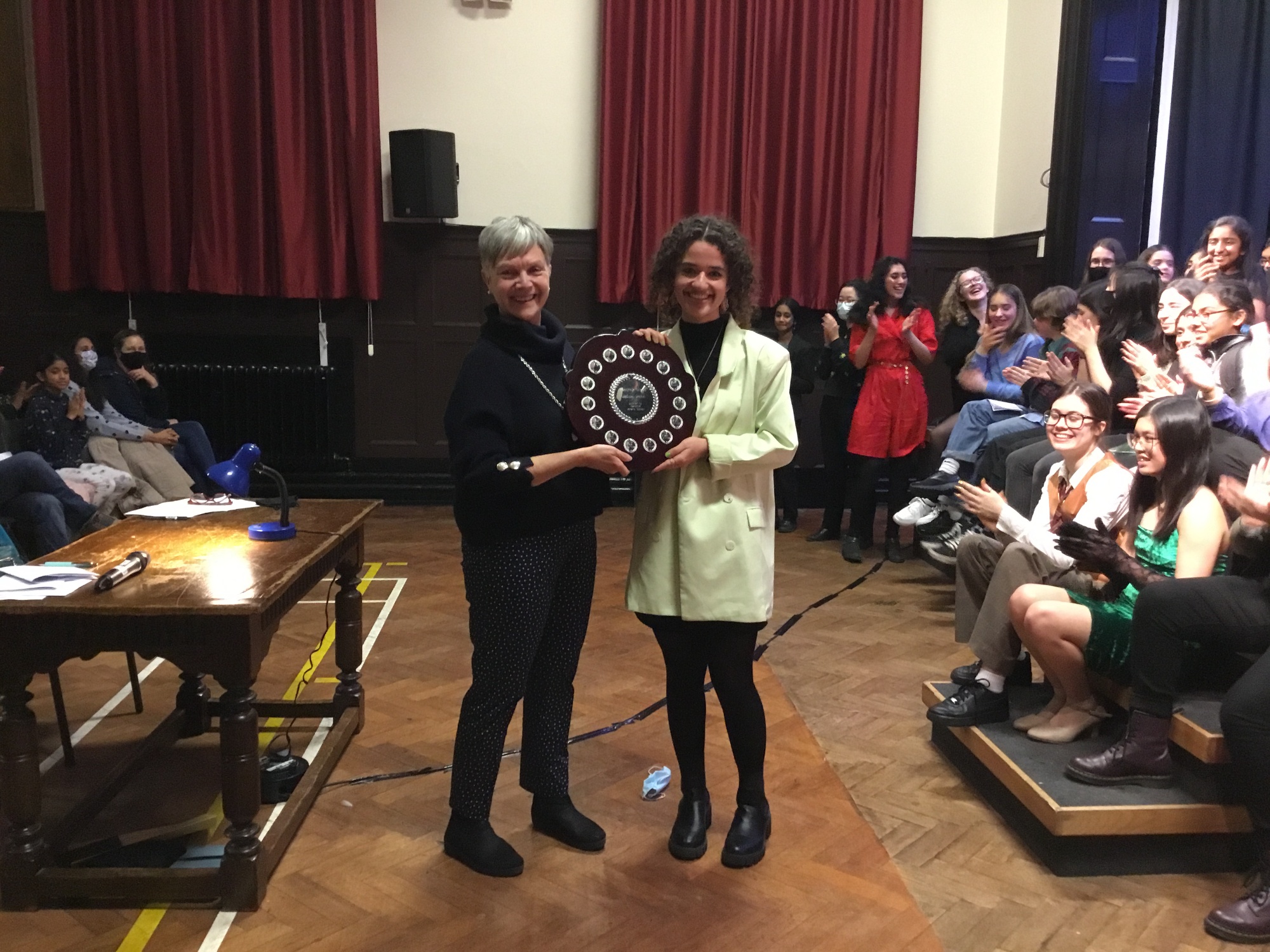 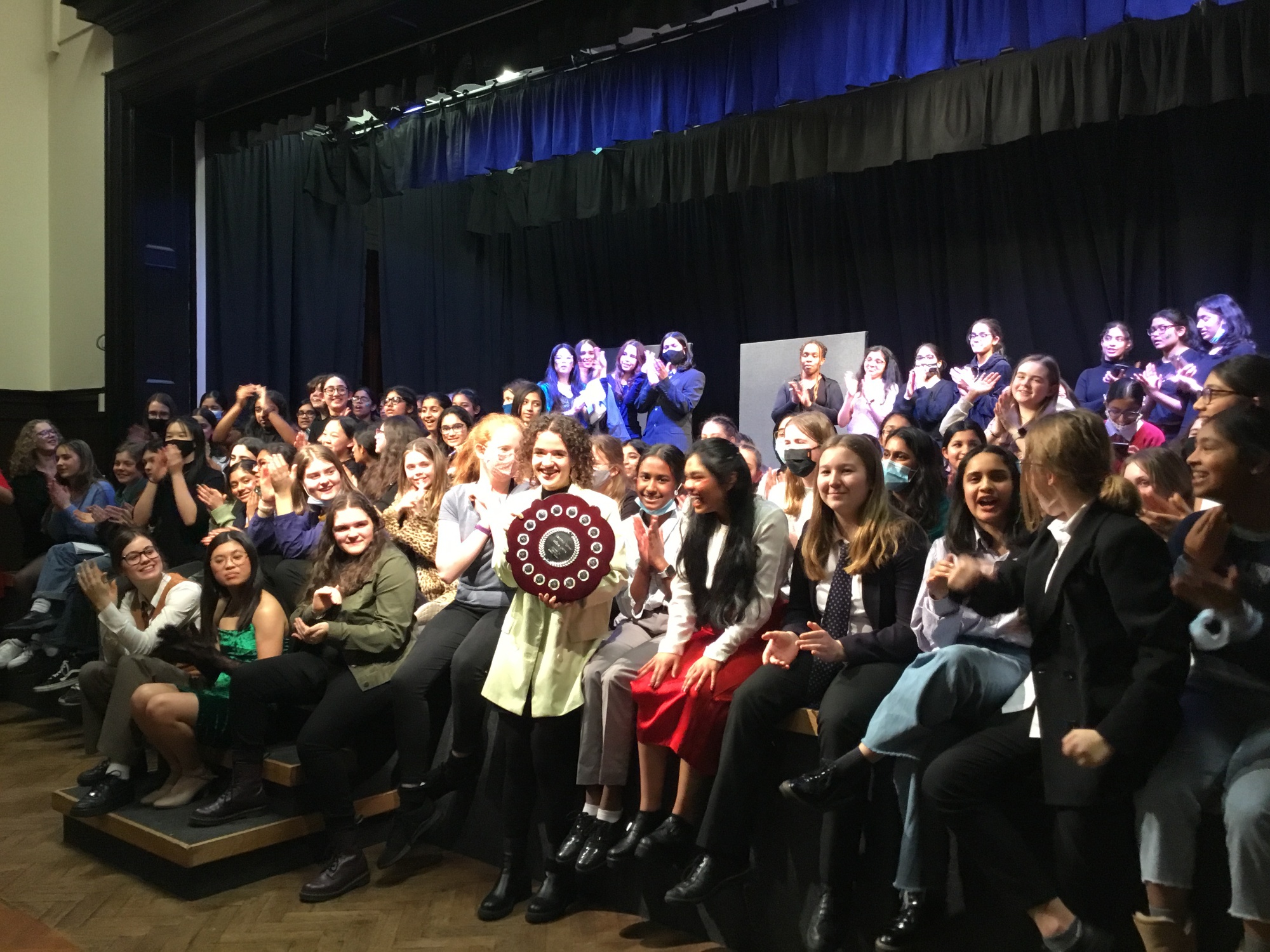 Congratulations to everyone who took part; all worked very hard, and it was great seeing students from all year groups coming together to put on such exceptional work! 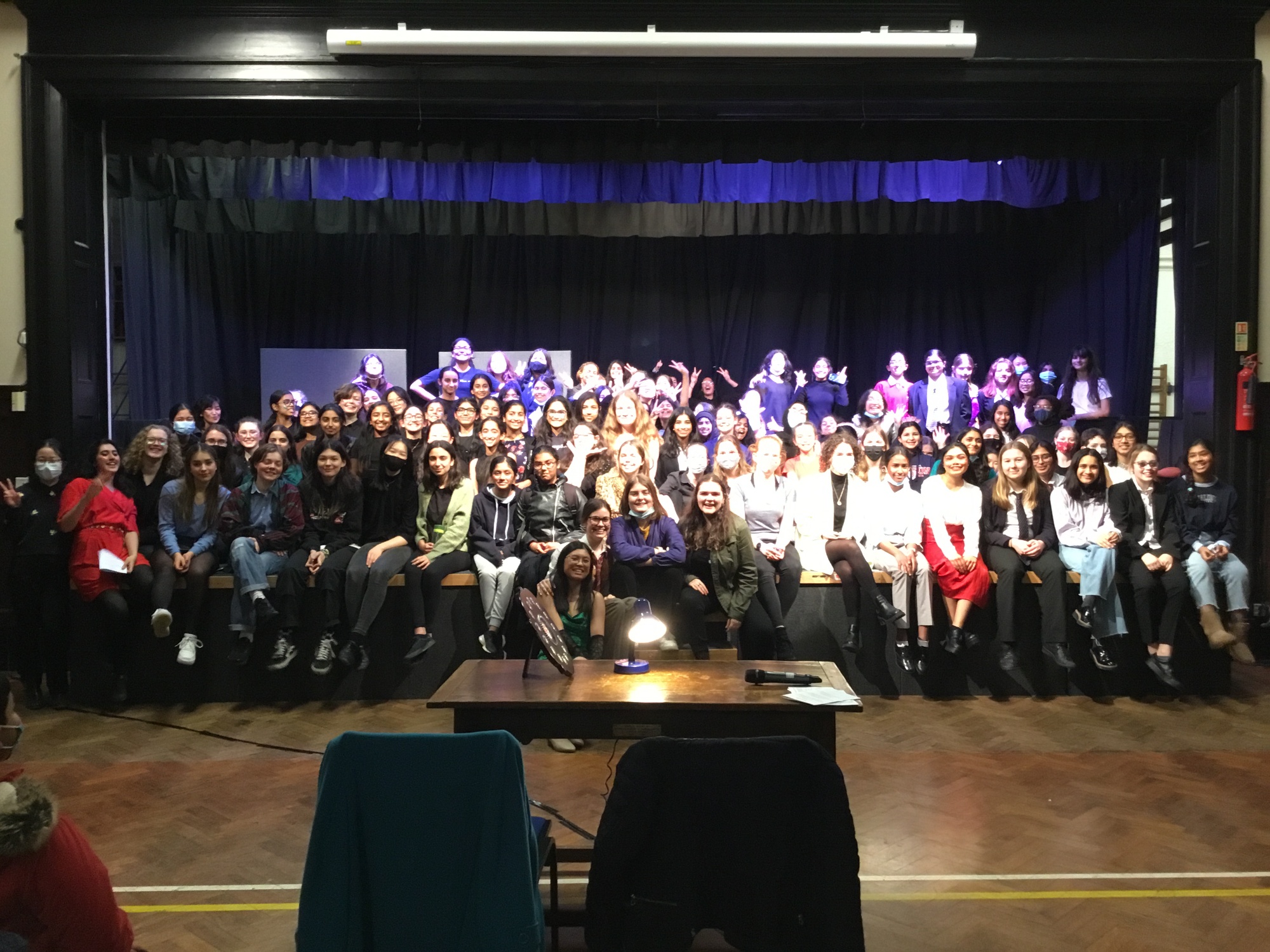