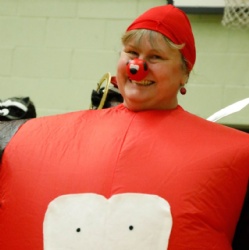 The week of 14th - 18th March 2022 saw the return of a very popular school event, Comic Relief Week, run by the Kendrick Student Leaders (KSL) in collaboration with the School Council. It was a fun-filled, activity-packed week enjoyed by students and staff across the school, that enabled us to collectively fundraise an incredible amount of money, £1498.63 for some really worthy causes and see our school come to life again after two years of online events. Some of the main aims of Comic Relief this year includes supporting people to live free from poverty, domestic violence and those currently fleeing war in Ukraine. 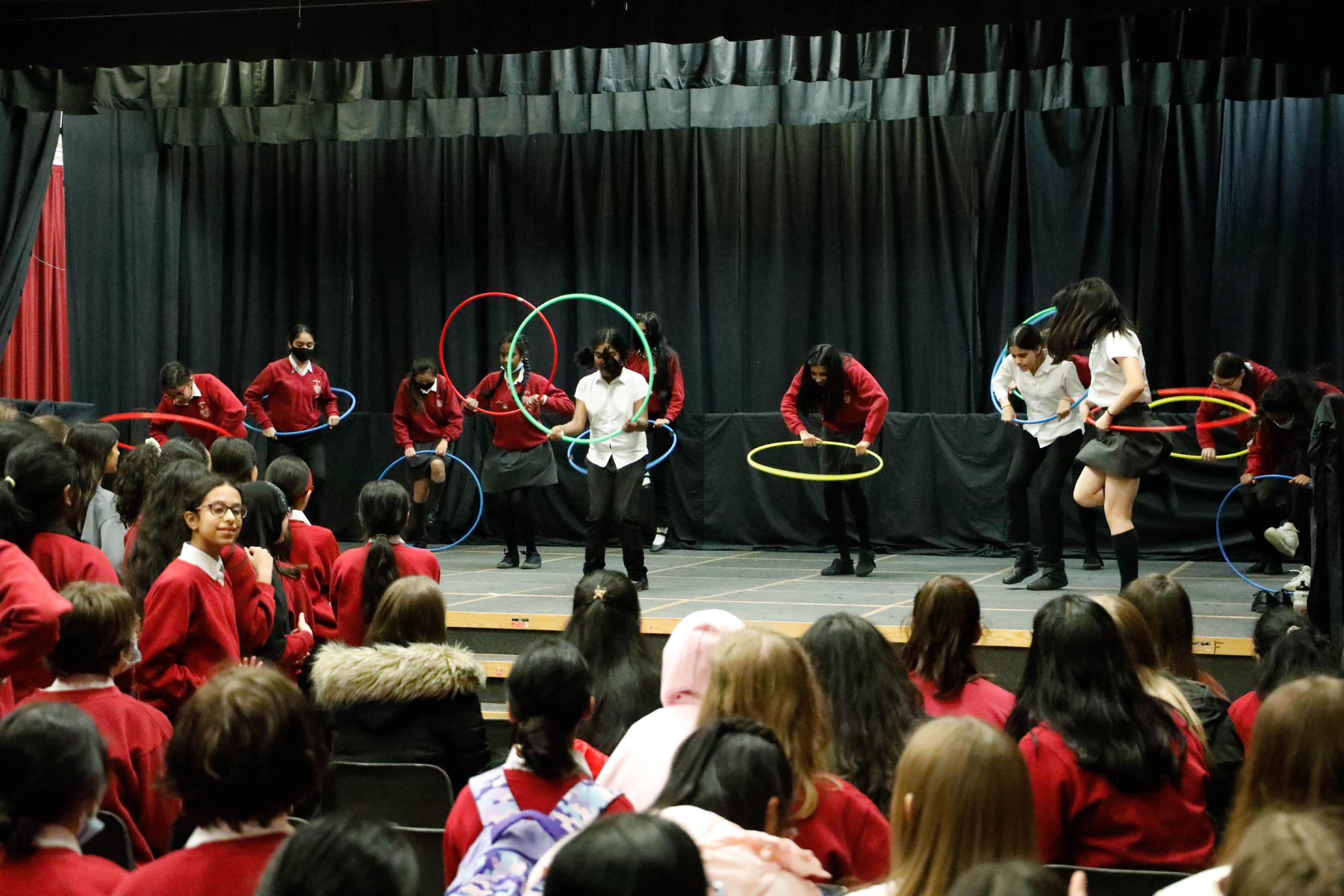 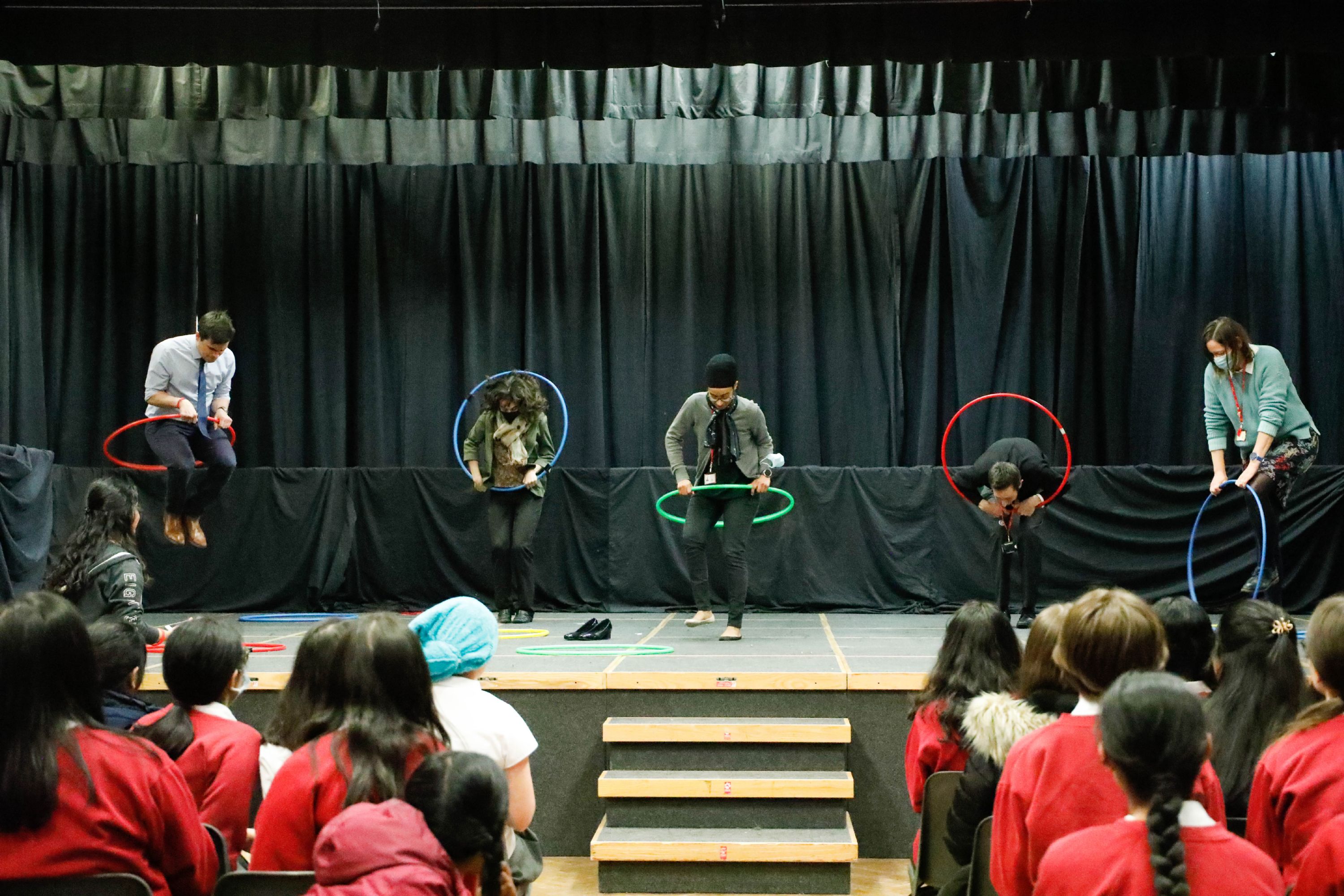 To kick-start a lively week of events, an Activities Fair was held in the Hall on Monday, with some fierce competition amongst staff members to see who could hula-hoop the longest, in front of a cheering audience of almost 100 students. The energetic atmosphere continued as we found out which staff members had an undiscovered aptitude for collecting plastic balls whilst having to hop, bringing the Hungry Hippos board game to life. Some student teams, including School Councillors, tried their hands at beating the staff, but to no avail as the staff team came victorious by a mere four points! 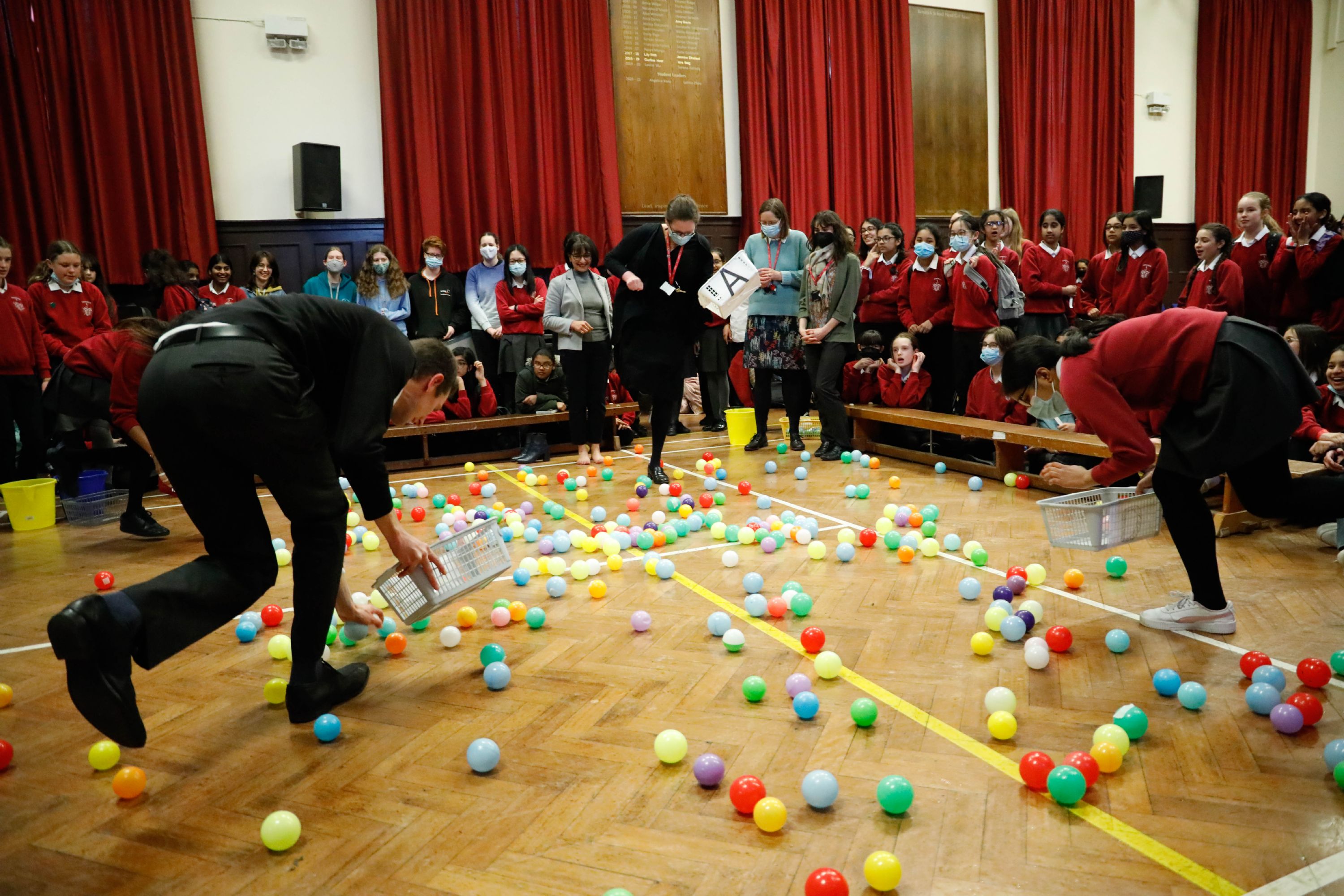 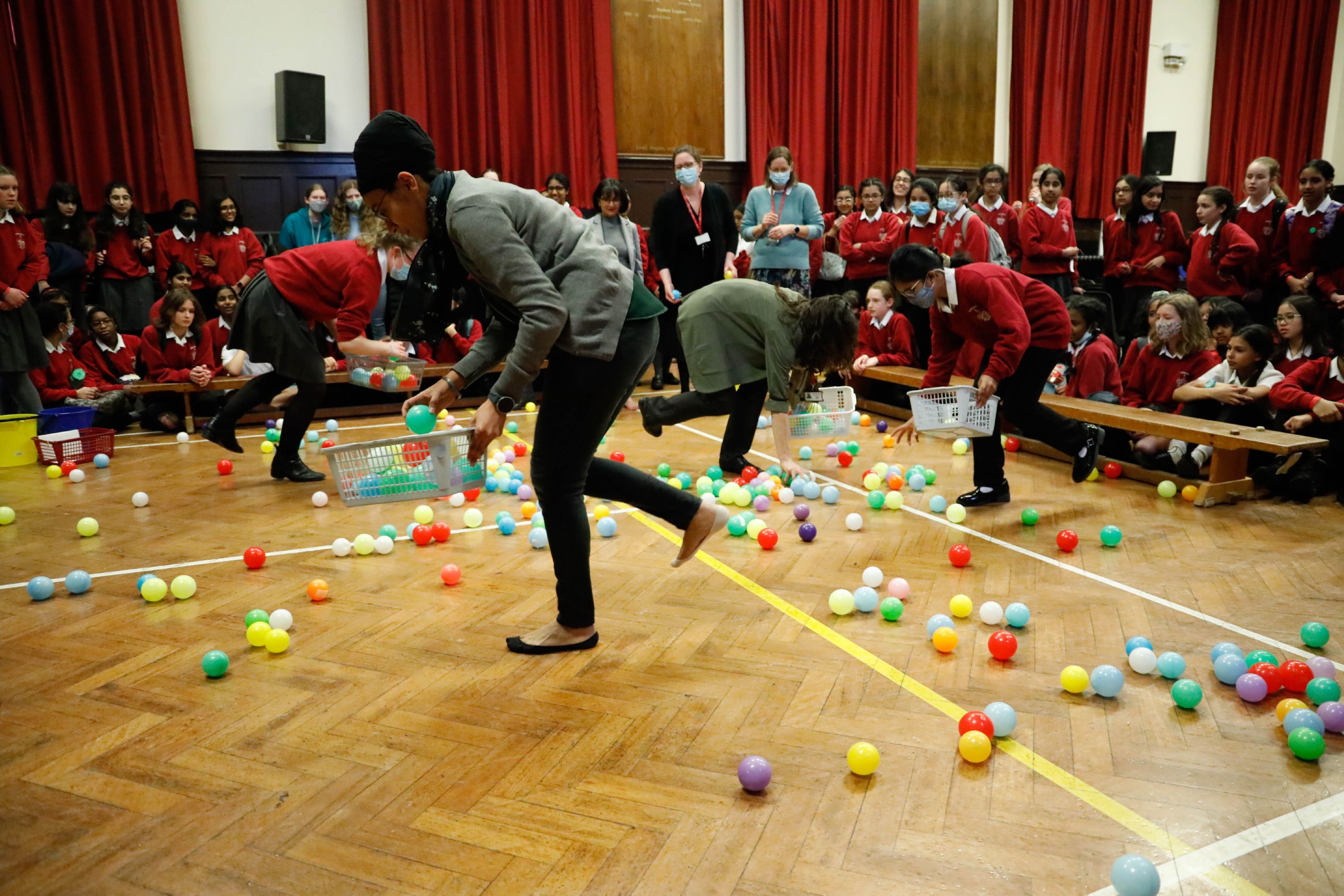 Tuesday saw a fierce dodgeball match between members of staff and the KSL. The two teams battled it out in front of an enthusiastic crowd to determine who would reign as the Dodgeball Champions. Despite the best efforts from the KSL, the dodgeball talent of the staff was unmatched, with an unfortunate score of 5-0 to the staff team. (That’s 5 matches, not points!) 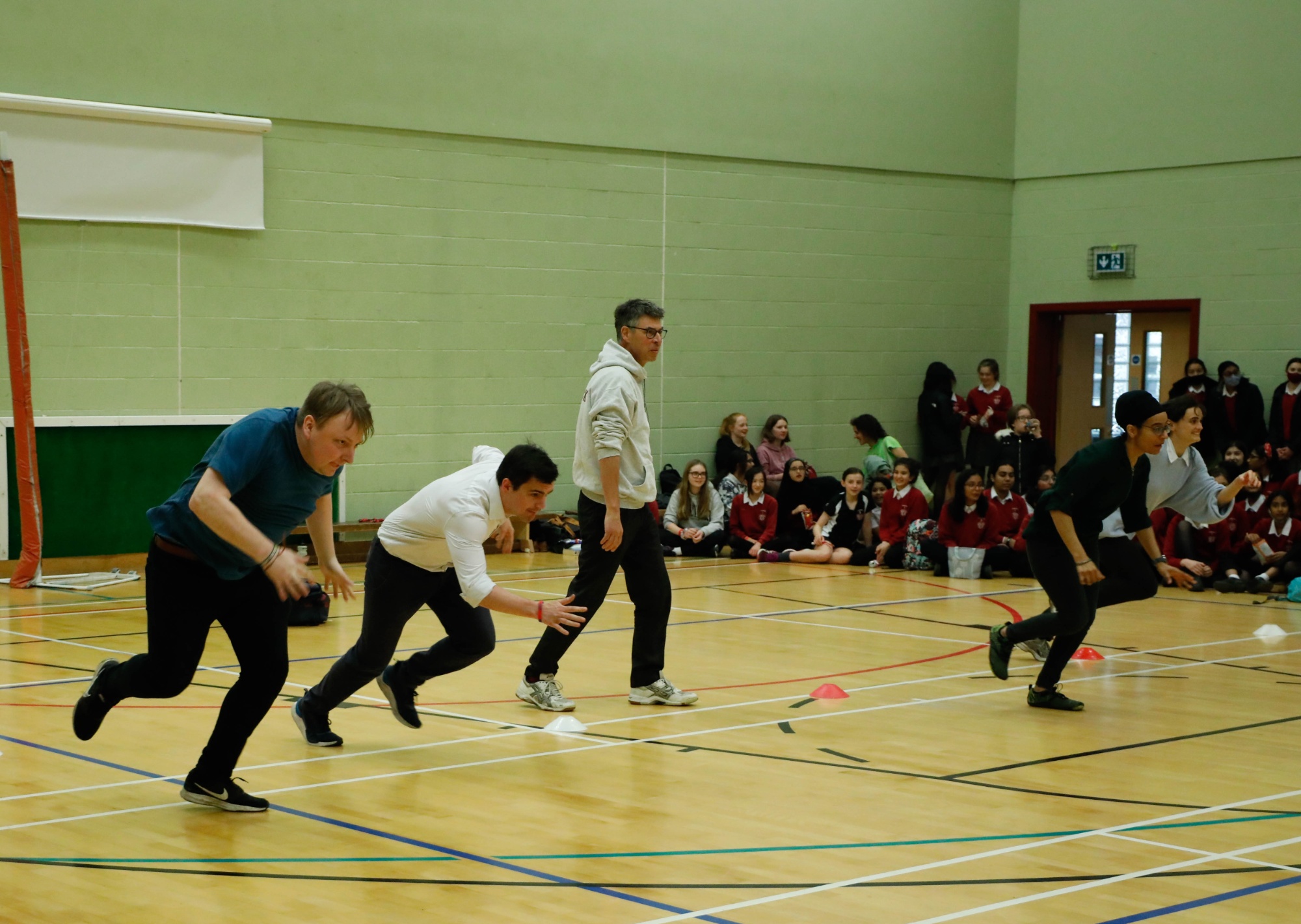 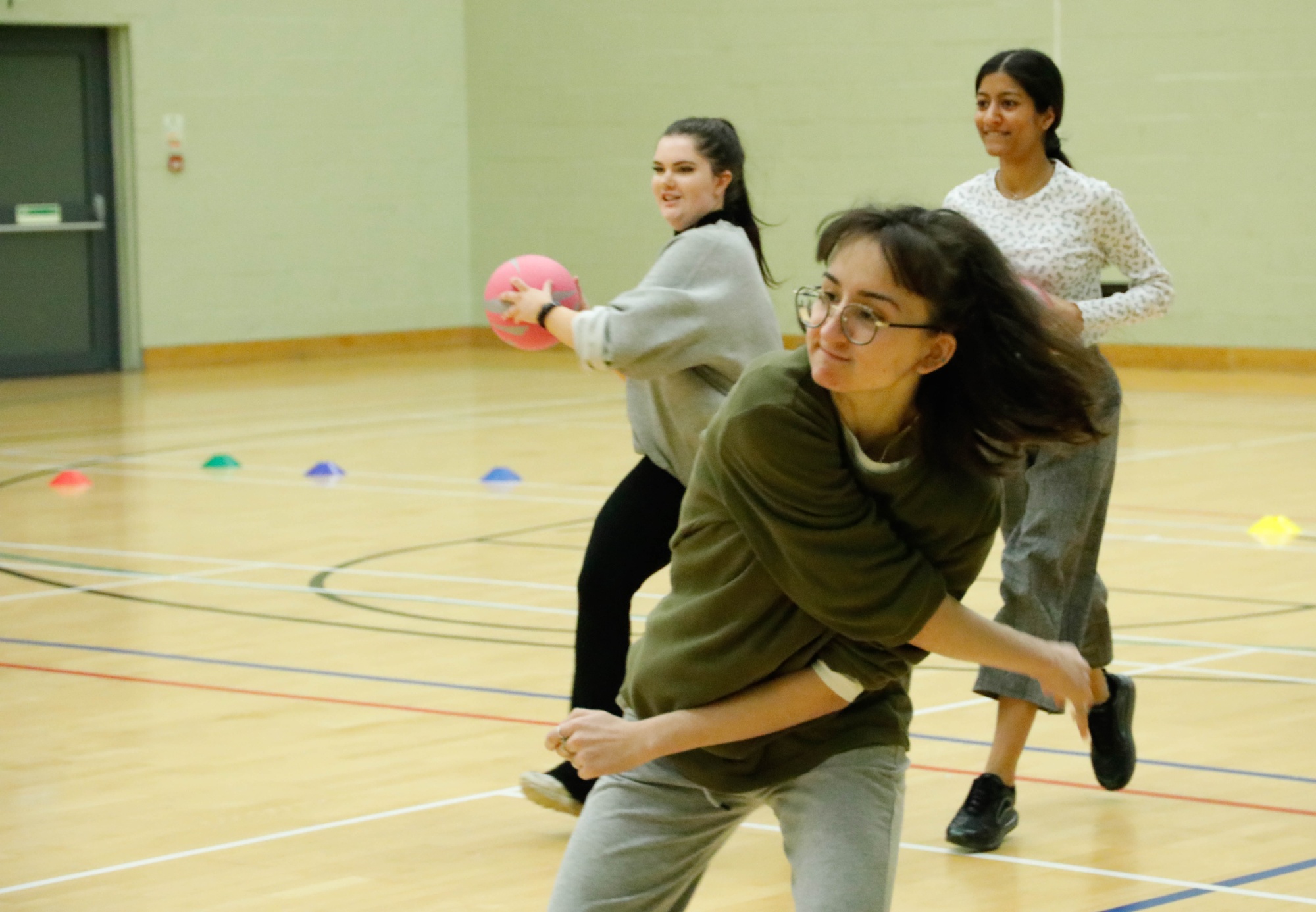 Students then put on their thinking caps as their general knowledge was tested in Wednesday’s Big Quiz. With eleven student teams competing for the winning title, it was all to play for with rounds spanning science, geography, pop culture and the Comic Relief charity. It was a great event where students from all years across the school came together to learn something new, with some challenging questions that had even the Year 13s stumped. 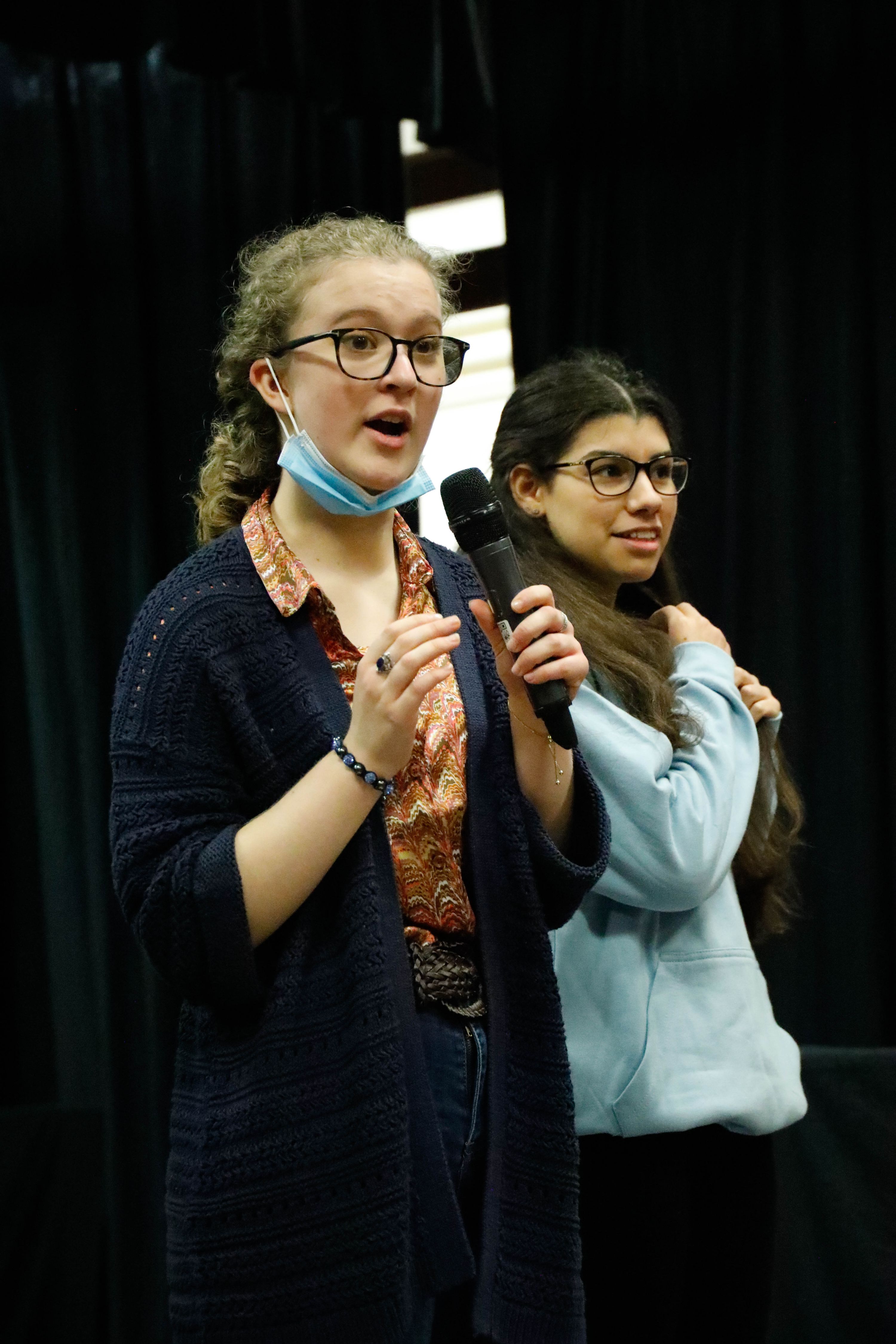 A tradition of Comic Relief Week is of course the Kendrick vs Reading Boys Netball match, which saw its return after a two-year hiatus on the Thursday after school in the Sports Hall. A packed crowd greeted the team of Reading Boys with their enthusiastic support for the Kendrick players, rooting for a knockout match. However, the Reading Boys were indeed underestimated, because despite learning the rules of the game only moments before playing, they were able to put forward a fierce fight, with an incredibly close game being won by the Reading Goal Attack in the last seconds of the third match. 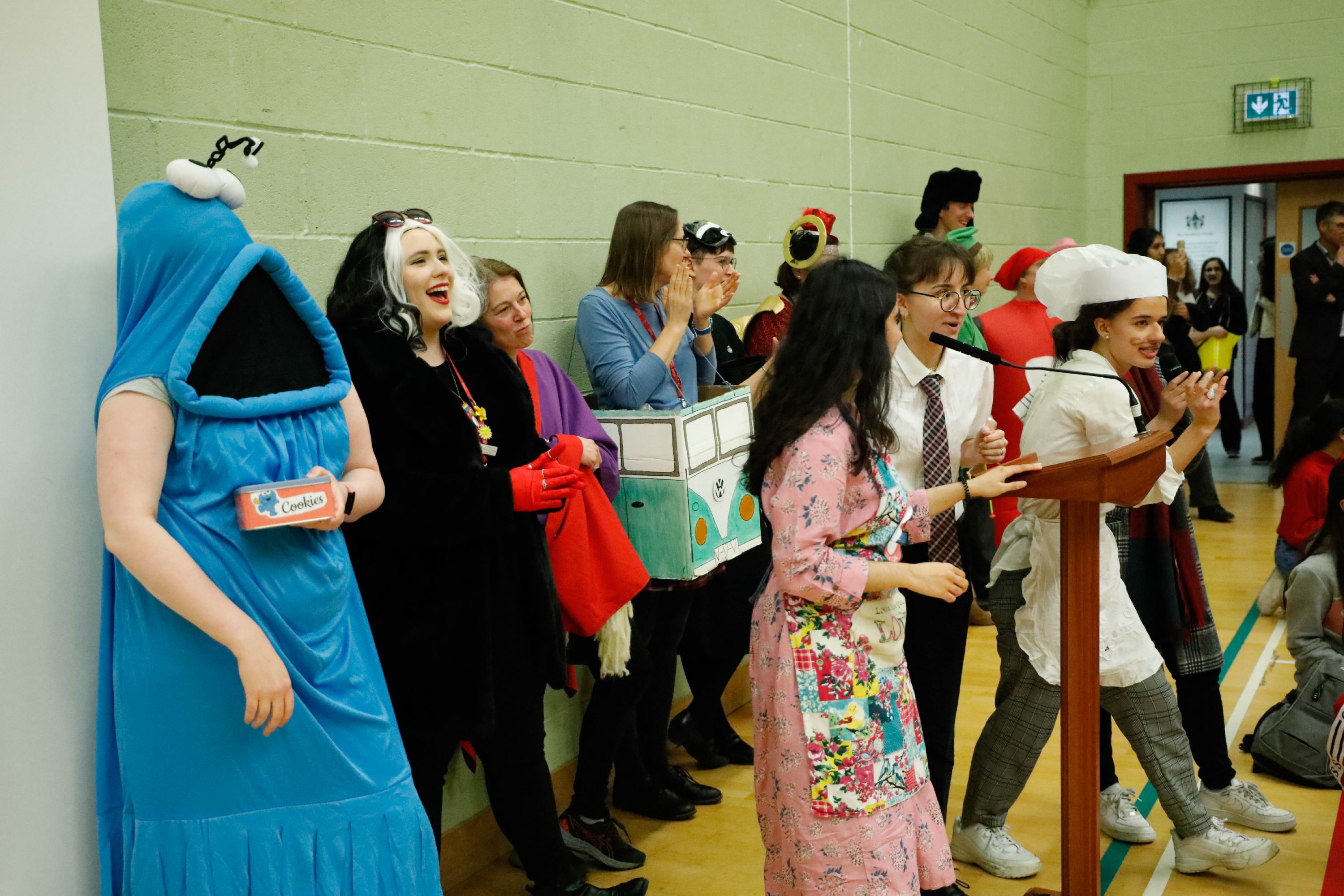 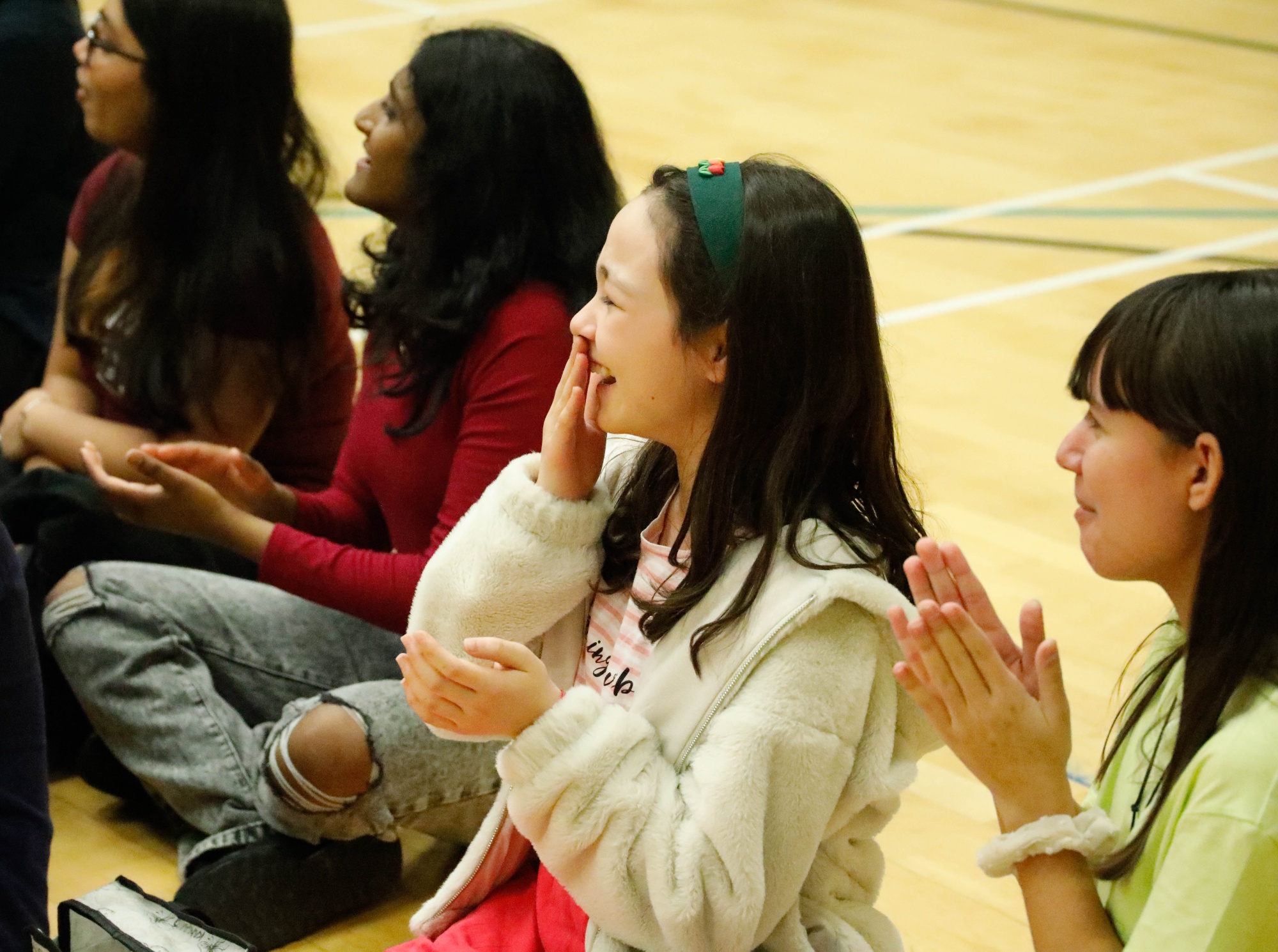 Friday, always the most anticipated day of the week, saw students and teachers coming to school in some fantastic, bizarre and iconic costumes beginning with C or R. The best costumes voted by each form group were given the opportunity to walk down our very own Kendrick Catwalk at the Showcase, hosted by the KSL and watched by students from across the school in a lively and exciting appreciation of the creativity on display. And perhaps the most popular element was the Teachers’ Catwalk - when some of our teachers fabulously showcased the costumes their form groups chose for them. From royalty, to a race car, to a chloroplast, a racoon and Charlie Chaplin, the range and creativity displayed was amazing! And to round it all off we watched a video which summarised the week’s events, including pre-game interviews with some of the more (and less successful) players from dodgeball and netball. 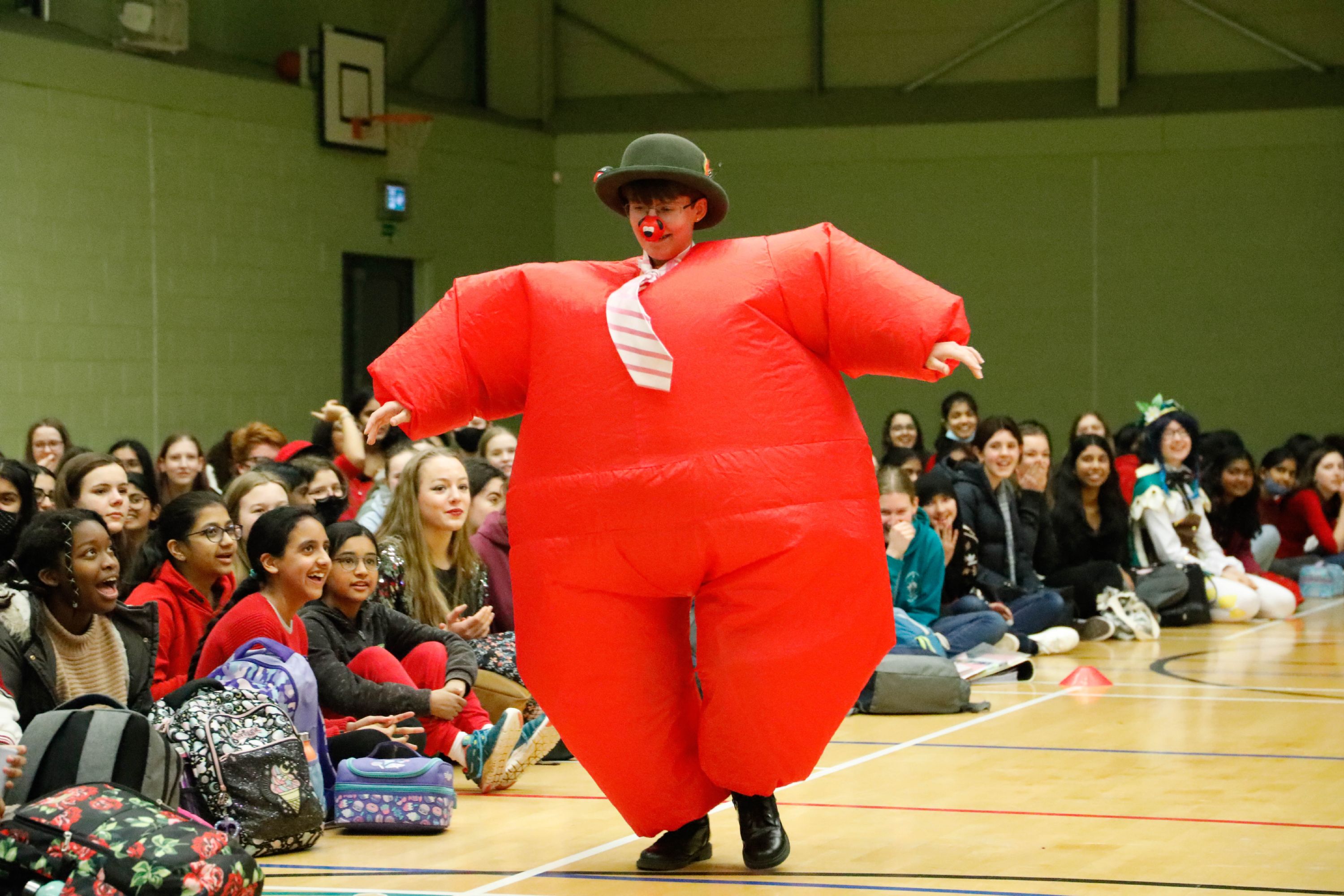 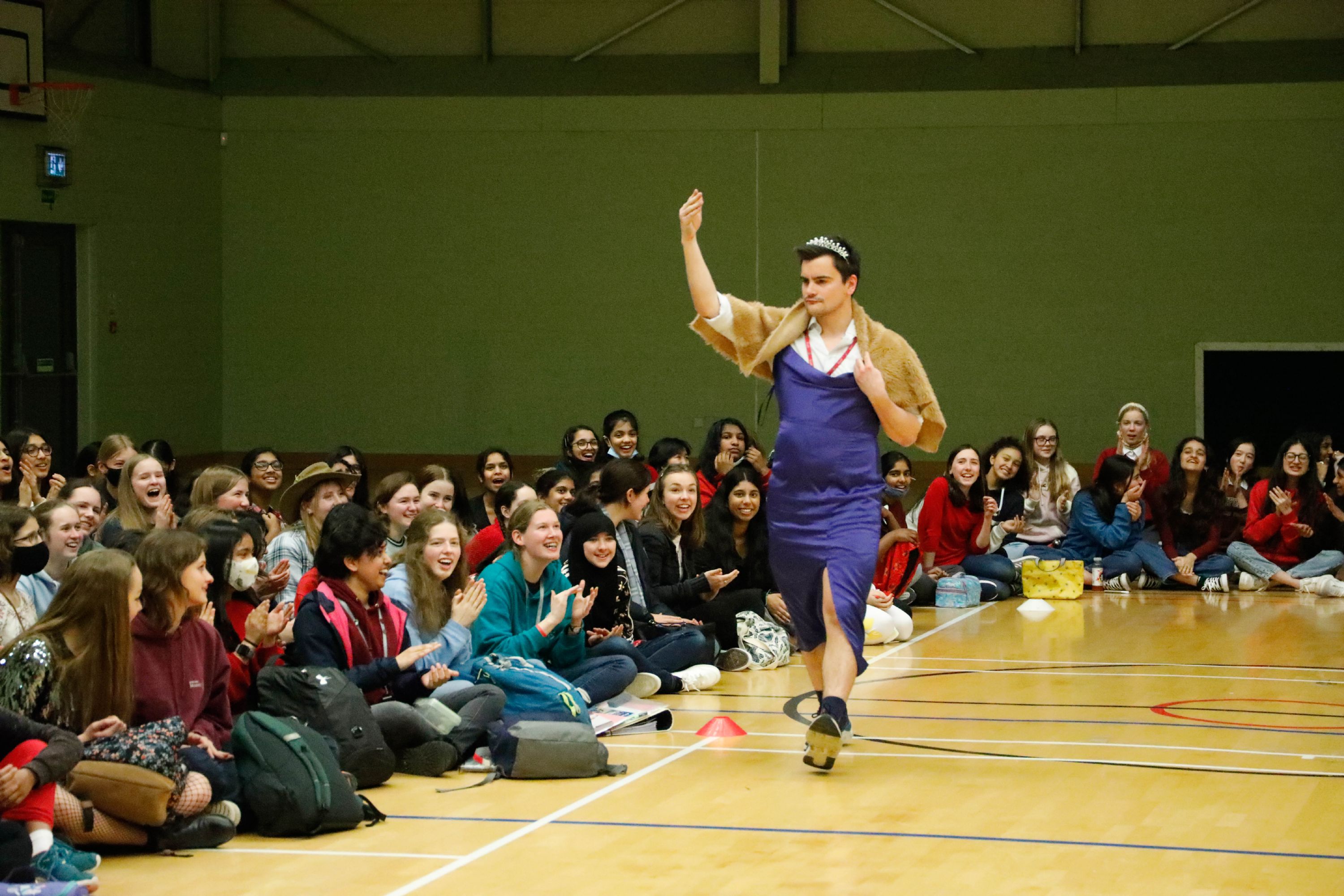 Thank you so much to everyone without whom this whole week wouldn’t have been possible. Thank you to the members of School Council, in particular the Year 11 students who helped organise the event; to the Cover Staff for facilitating booking of venues and updating the bulletin every day; to Ms Kattirtzi and Mr Simmonds for supporting us right from the initial meetings up to the week itself; to Mrs Shaw for taking photos; to the Kendrick Student Leaders who organised and ran events; and last but not least to all the teachers and students who participated - whether that be through watching the events, excelling at the obstacle course activities, or dressing up in some brilliant costumes and walking down the catwalk. You all helped make this week a huge enjoyment and success! 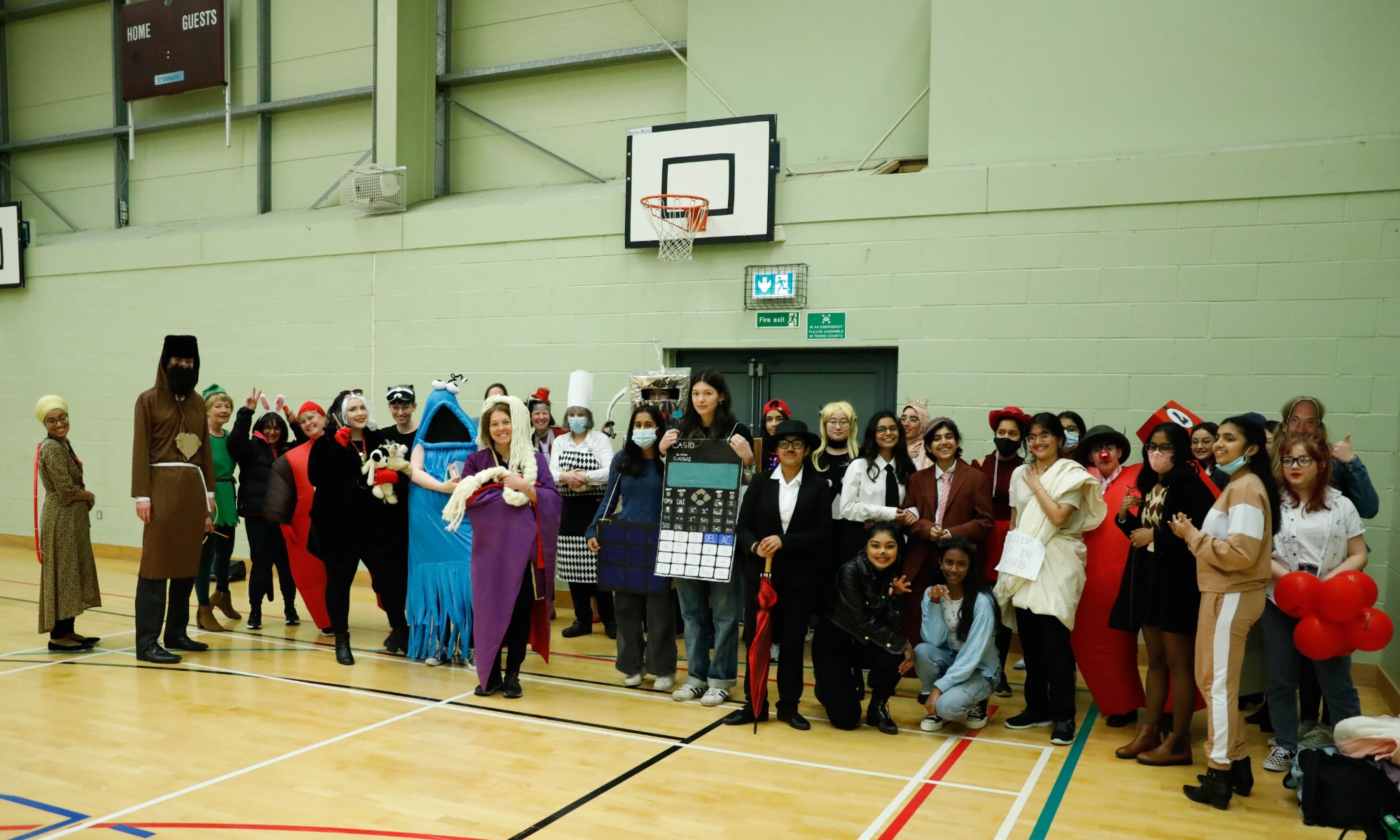 Additional photos of the events can be viewed here