Recently I took part in the First Lego League National Finals in Harrogate. First Lego League (FLL) is a global STEM competition run by the Institution of Engineering and Technology. It develops coding, designing and research skills. There are three parts to the competition: 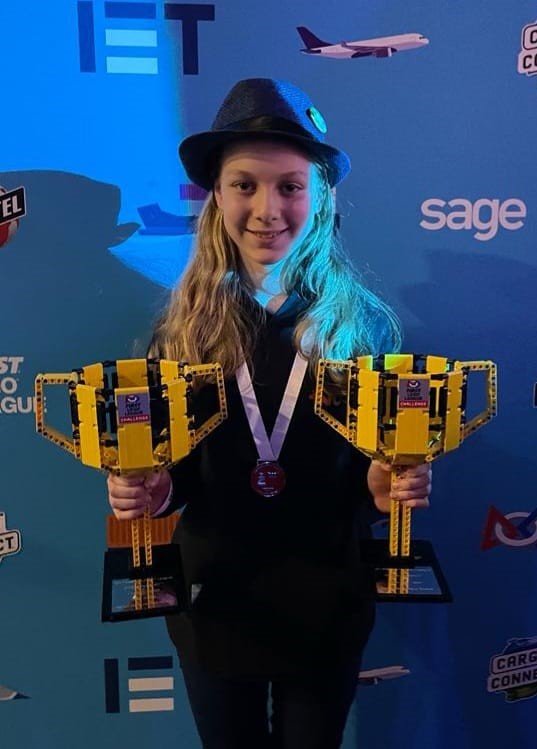 After winning the Regional Completion held at Legoland, my team, Inov8, went on to compete in the National Finals. We achieved 2nd place out of 66 teams in the robot games with the 2nd highest score and won the knockout competition, earning us two Lego trophies.

I really enjoyed taking part in the FLL competition because it was a great opportunity to work as part of a team, develop my research skills and learn more about robotics.  It was a really fun experience and my team are planning on competing again next year.