Harnessing the Power of Your Menstrual Cycle 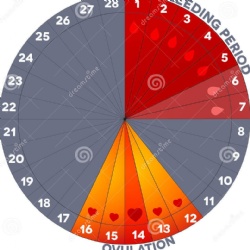 Before Easter, our very own Frau Mueller gave us an inspiring and insightful presentation on what it means to be truly aware of our periods and how we can harness our menstrual cycle power. This included acknowledging cultural stigmas and taboos on what periods have meant in the past and what they mean today as well as how to prepare for them.

Period Shame and Taboo
For centuries, menstrual blood has been perceived to be unclean and even supernaturally destructive. Indeed, the word ‘taboo’ itself is commonly believed to have come from the Polynesian word ‘tupua’, meaning menstruation. So how have our periods (a natural process that occurs around 450 times in a lifetime) become characterised by shame and judgement?

A simple answer to this question would be the patriarchy, and in particular the Western patriarchy and their norms. Indeed, the most common translation of the word “tupua” is not actually menstruation but sacred. Taboo, with the negative connotation of “disgusting”, is merely a judgement attached to the word by the Christian colonisers.

As patriarchal and monotheistic religions took hold across the world, menstruation and its religious status was perceived as a threat, something that would compete with the godliness of men. That might be why there is so much aggression towards menstruation in many patriarchal religious texts.

Unfortunately, we still see this perversion of periods in the realities of today where 48% of girls say they are embarrassed by their period and 59% say they previously have received negative remarks about their perceived behaviour and mood whilst on their period.

The Four Seasons
However, to get away from this stigma, Frau Mueller talked about each stage of the menstrual cycle in a way that was new to many of us. The cycle is split up into 4 stages, with each stage representing a season of the year, and is based on a model by period warrior Maisie Hill. 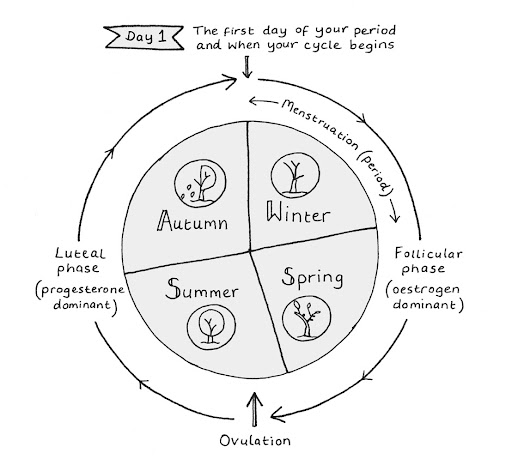 The winter phase starts with the external expression of the menstrual cycle. The period that follows this is the spring phase (the follicular phase) where oestrogen is dominant, and the period has ended. The next phase is summer where ovulation will start again. This is finally followed by the autumn phase where progesterone is dominant and is a week or so before a period. Each season of the period has meaning because of what it symbolises and how they make us feel throughout. 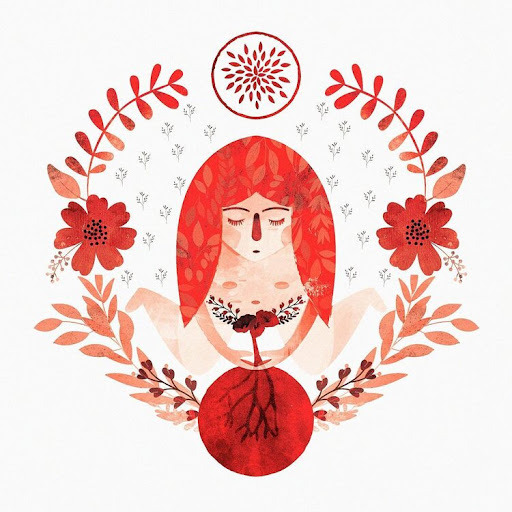 are deprived of oxygen due to constricted blood vessels, causing cells to die and hence causing the shedding of the uterus lining, the period. This is a time of death but also rebirth, a beauty of menstruation being a cycle as we get to grow and learn how we deal with our emotions and perceptions on periods through every single one. Winter is known as the ‘Reflective phase’ where we can introspect and reflect on what we need and focus on ourselves in a time that should be about resting. It is a time of discovery where we can find new methods of changing our bleeding experience e.g hot water bottles and warm baths.

Spring
The following season, Spring, is where the blood has stopped and we move into an energetic time where the things we want to do become more possible through this renewed feeling. This is a time important for trying new things and setting habits that lead you to the best version of yourself with this high of motivation.

Summer
The next season takes us into ovulation where more hormones are flowing than at any other time and you are still feeling happy from the newfound energy in Spring. These Summer days can be used to try new and harder projects and thrust yourself into something new that you maybe haven’t done or don’t do as often e.g putting your hand up in class or tackling the hard tasks you have been putting off.

Autumn
Lastly, Autumn, a less glamorous season comes around, bringing a dramatic shift in your feelings and less energy. 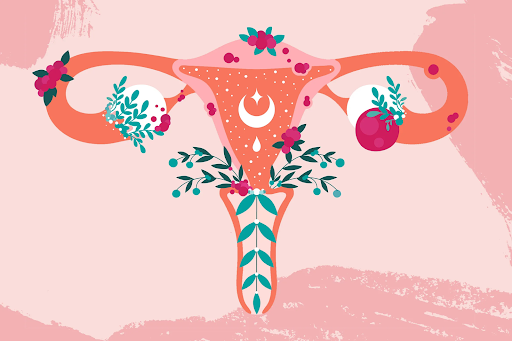 At this time, more prostaglandins are flowing through the body to prepare for the breaking down of the lining of the uterus, sometimes leading to sensory overload and other symptoms such as headaches and digestive problems. However, these changes in our emotions may in fact be freeing as we see with more clarity and our tolerance for rubbish goes down, allowing us to grow and again set our boundaries.

The Message
The message that we want you to take away from this article is that cycle awareness is very important. It even contributed to the US women’s soccer team’s victory at the 2019 World Cup because their training schedules fit their cycles! Through this process, we learn to reflect on ourselves and see the future clearly whilst also learning each cycle how to deal with them in the present. Not only that, but we start to find the beauty in our periods, not just the painful association most of us have with our cycles. We should be embracing our periods and use them as potential to be better by harnessing our power.

Or perhaps go a step further by considering a donation to charities such as Bloody Good Period which donates period products to refugees and those living in poverty or Ufulu where just a £10 donation will allow you to help young girls and menstruators in Malawi.