On Wednesday 6th July, we hosted an event for students from Kendrick and schools from the surrounding area in which they had the opportunity to learn from industry professionals in the wind and brass families. During the afternoon, students worked together on ensemble items, developing their sense of performance as a chamber group, balance between players and the musicality of the pieces they played. 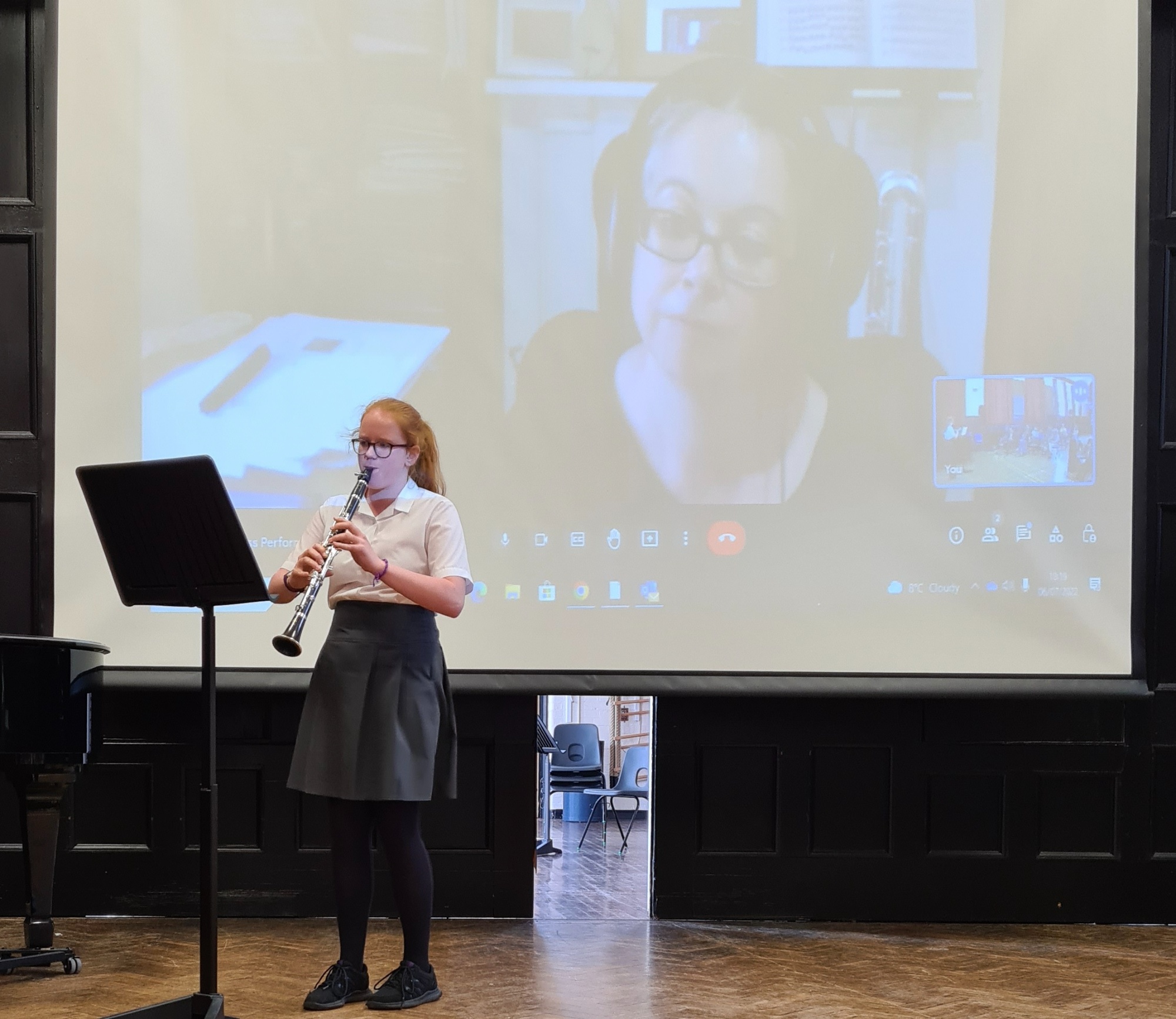 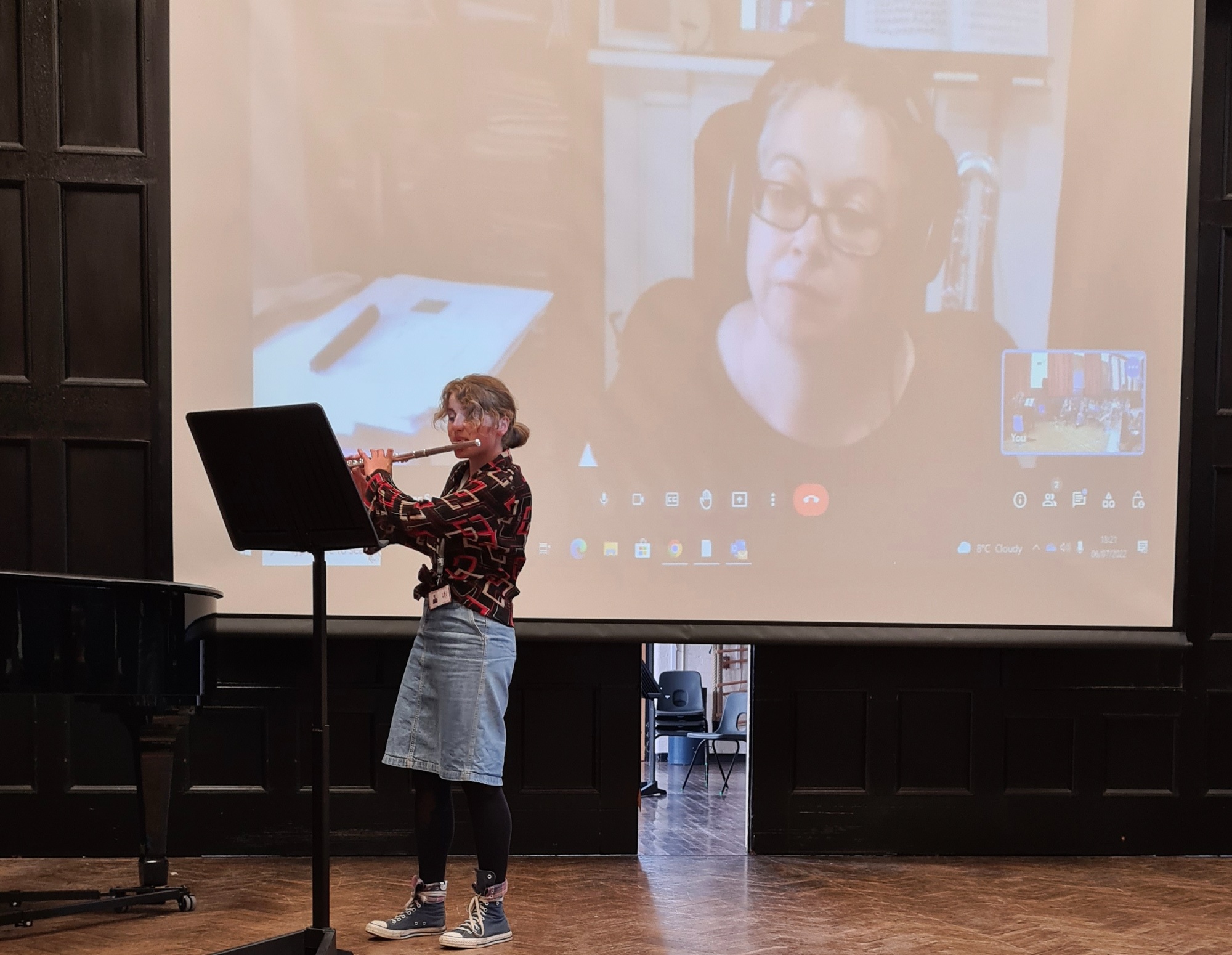 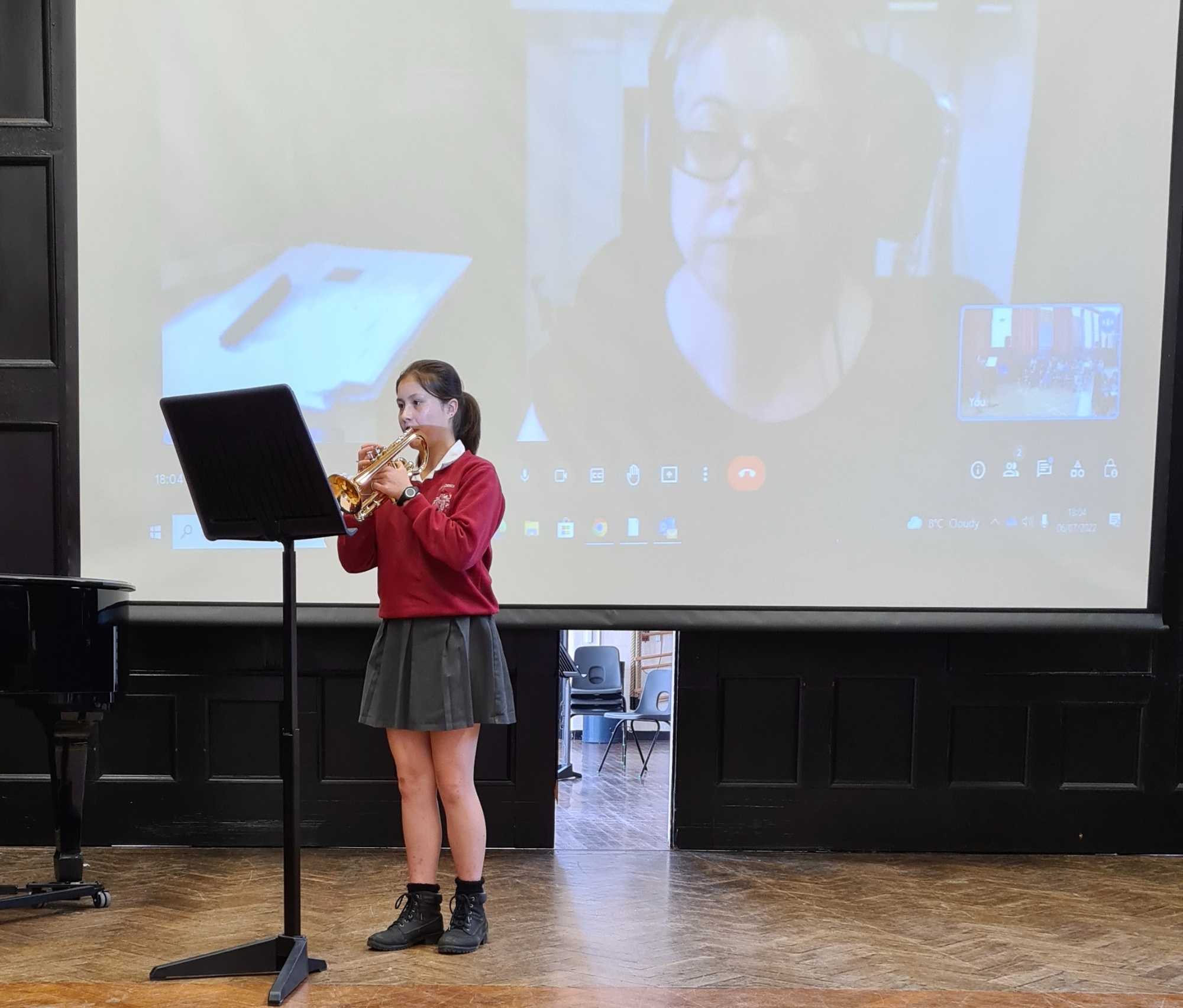 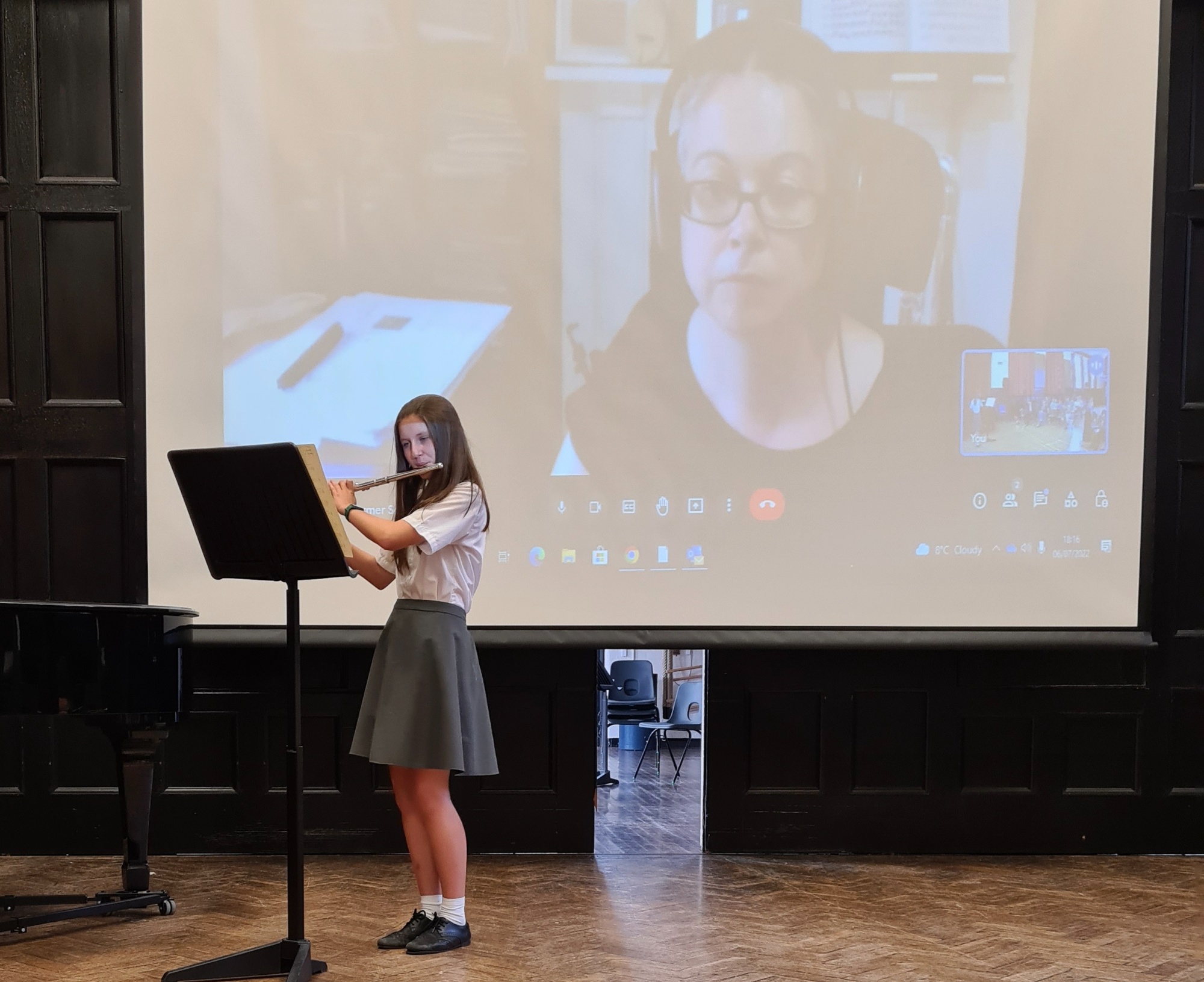 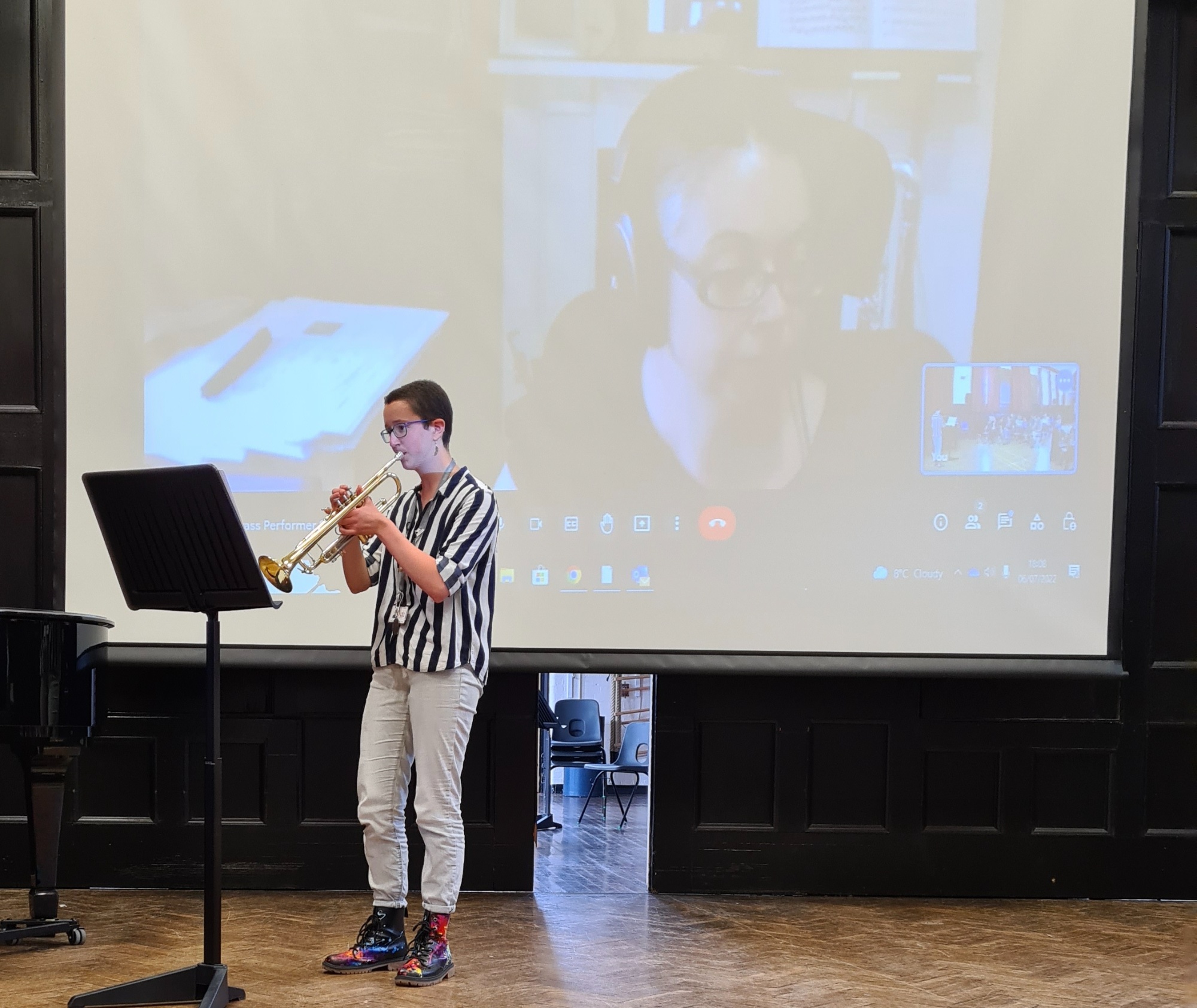 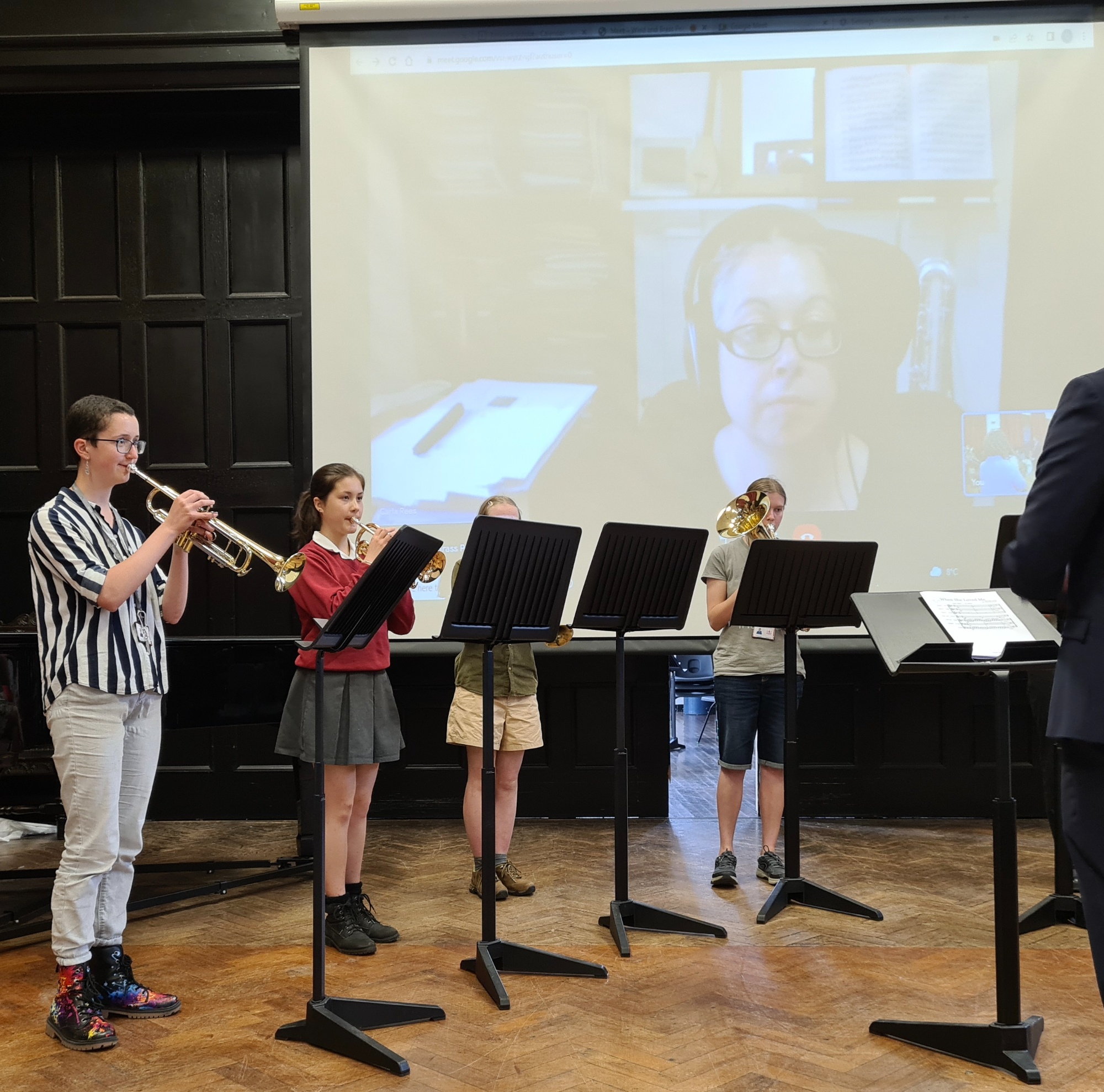 Some also had the opportunity to work one-to-one with Dr Carla Rees (our flautist and wind specialist) and Matt Lewis (our trombonist and brass specialist). It was wonderful hearing how their musicianship developed in such a short space of time and giving everything the opportunity to learn more about how students can work on the pieces they are studying.

The short concert had us learning about how Carla (who had to join us virtually due to travel disruptions on the trains) started off playing the flute from an early age, teaching the flute to others for a mere £3/lesson and was able to afford one of the very few alto flutes in the country for £1000 with her earnings. Since then, she has gone on to write her own music for low flutes, collaborate with living composers and have over 800 pieces written for her and do so much in the way of teaching and helping design and manufacture low cost flutes for others. 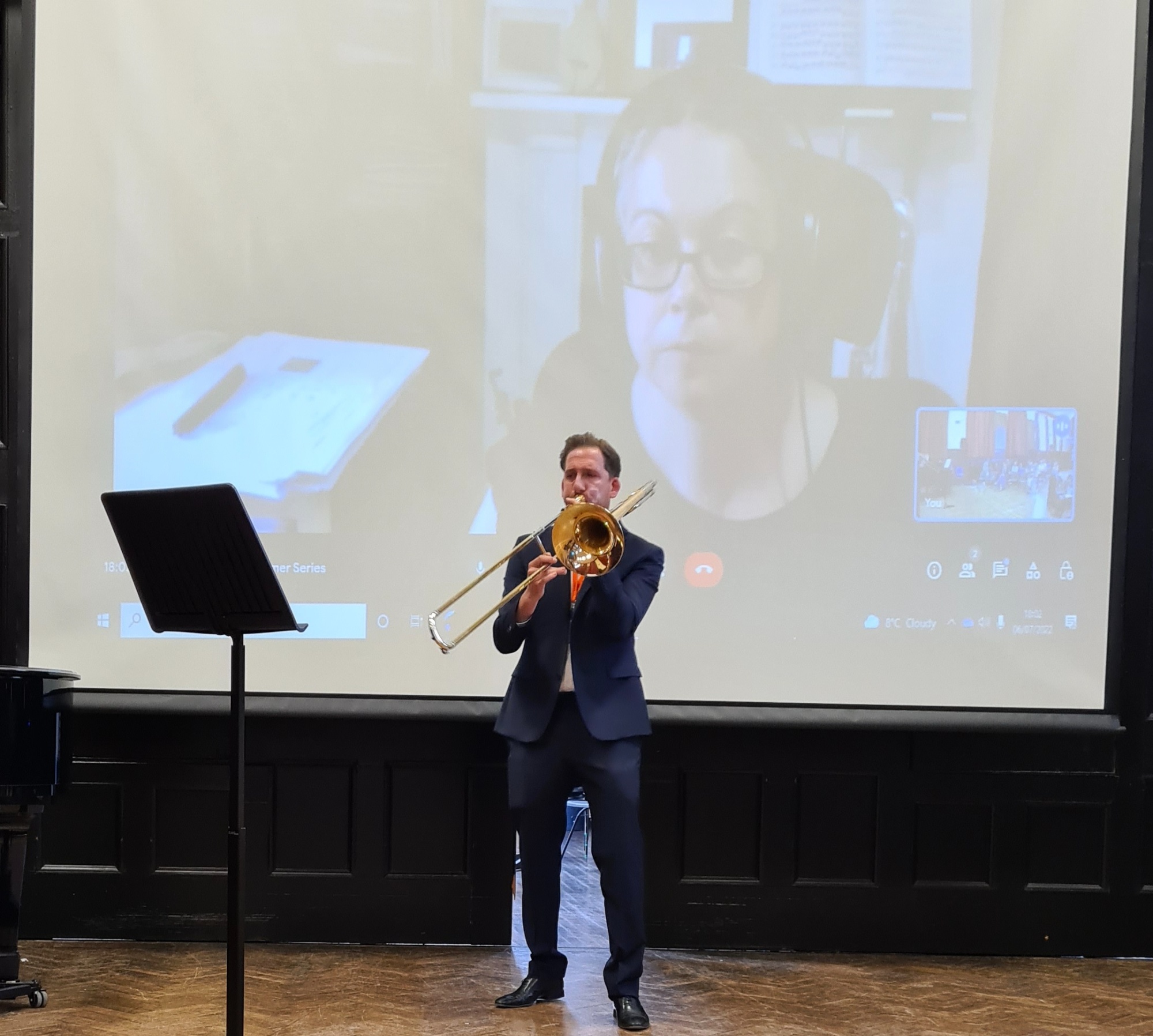 Matt also told us how he was influenced by his father to play the trombone and how he worked his way through Junior and Senior academies at the Royal Academy of Music and how he built a career as a freelance and orchestral trombonist. It was also fascinating hearing how he became Principal Trombonist of the BBC Concert Orchestra and the fantastic events he is taking part in over the next couple of months, including three different performances at the BBC Proms! 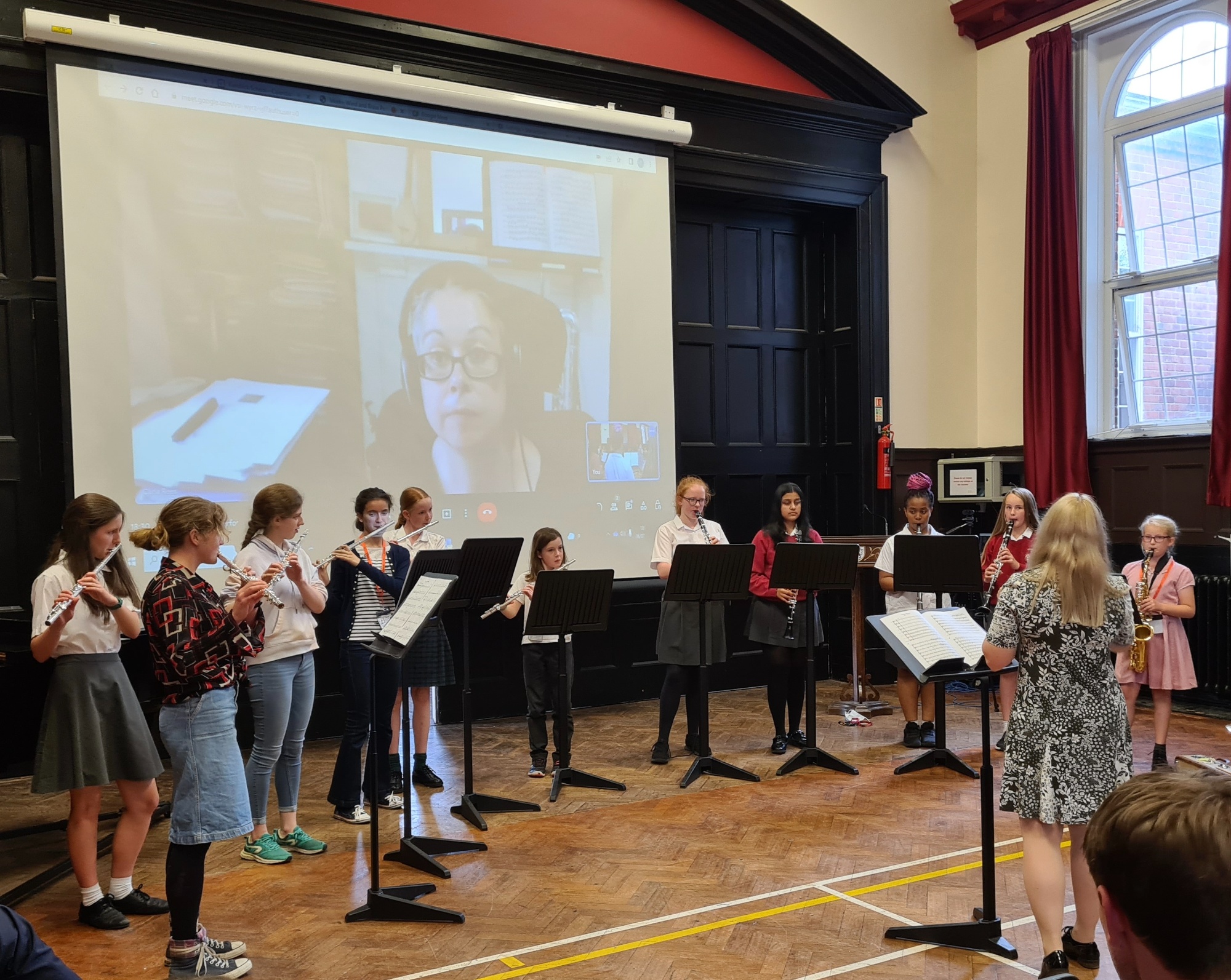 Our students and those of other schools showcased the pieces they had worked on, and the whole event was spectacular.