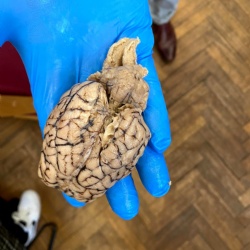 On Thursday the 18th October, seventy Year 12 Biology students travelled to Queen Anne's School in Caversham to attend a lecture on neurology and experience a lamb brain dissection.

The lecture, which was given by Dr Guy Sutton from the University of Nottingham, was split into three parts. 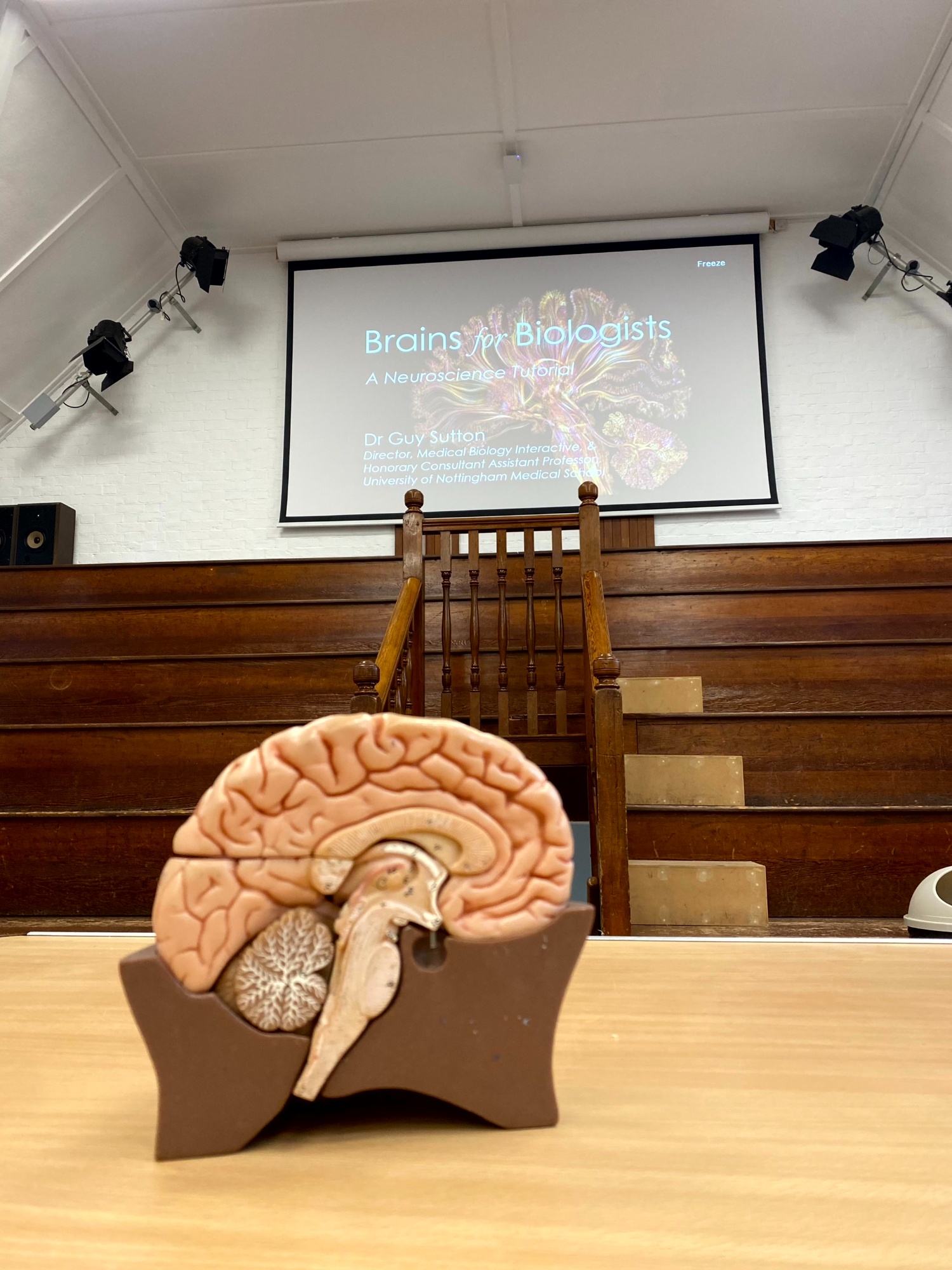 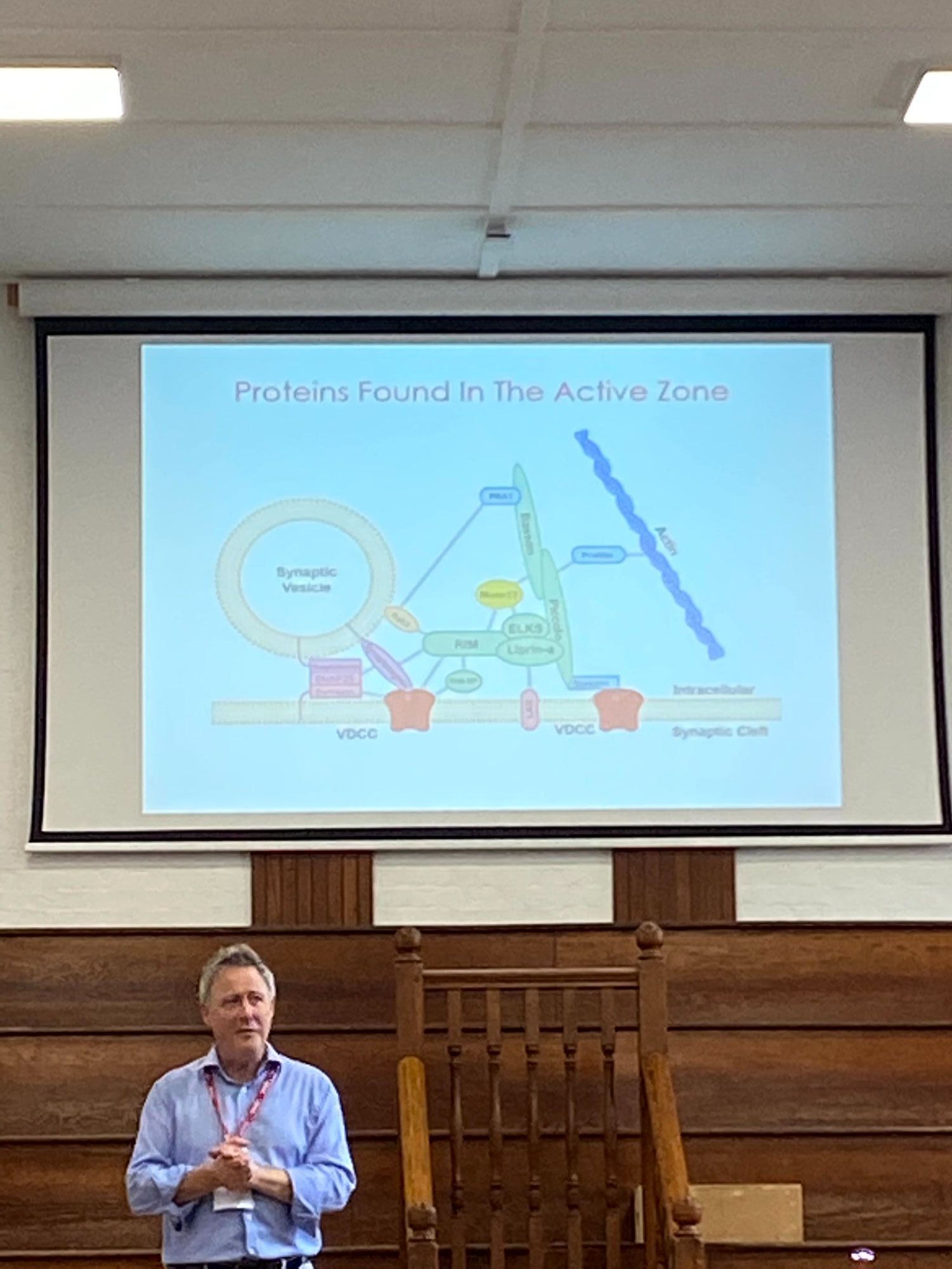 The first part was about nerve cells and brain function. Dr Sutton explained the structure and growth of neurons in the brain and displayed photos and time lapses to help us understand how connections in the brain are made. How this links to brain diseases, and the studies that explore this was also a focal point in the lecture. During this first section, Dr Sutton also spoke about recent breakthroughs in the experimental brains grown in labs, specifically about Dr Madeleine Lancaster from the University of Cambridge who managed to not only grow a working brain in vitro, but also managed to connect it to a cardiovascular system, keeping it alive to the point where it grew a ‘light sensing’ eye and could even be considered “conscious”. 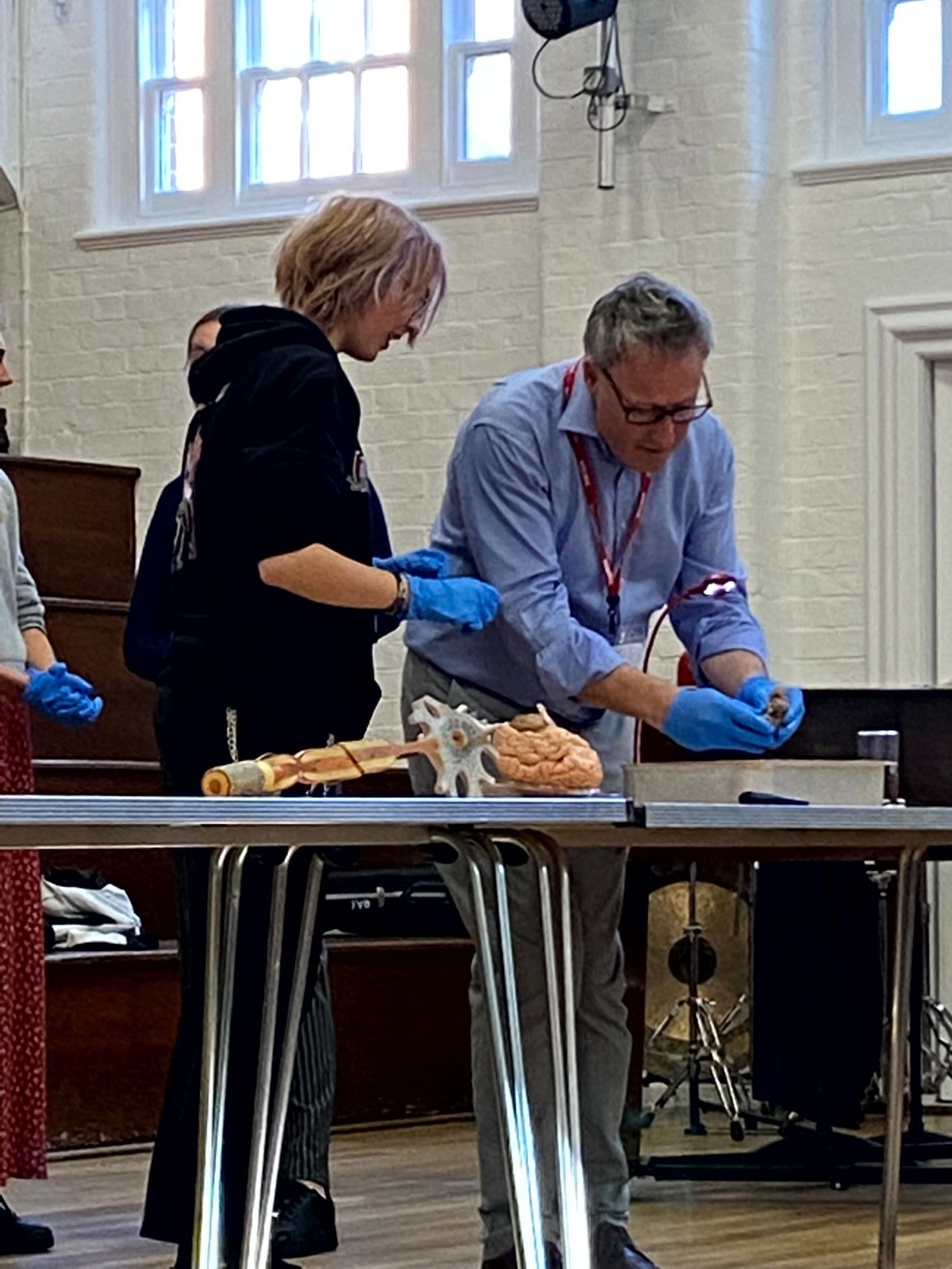 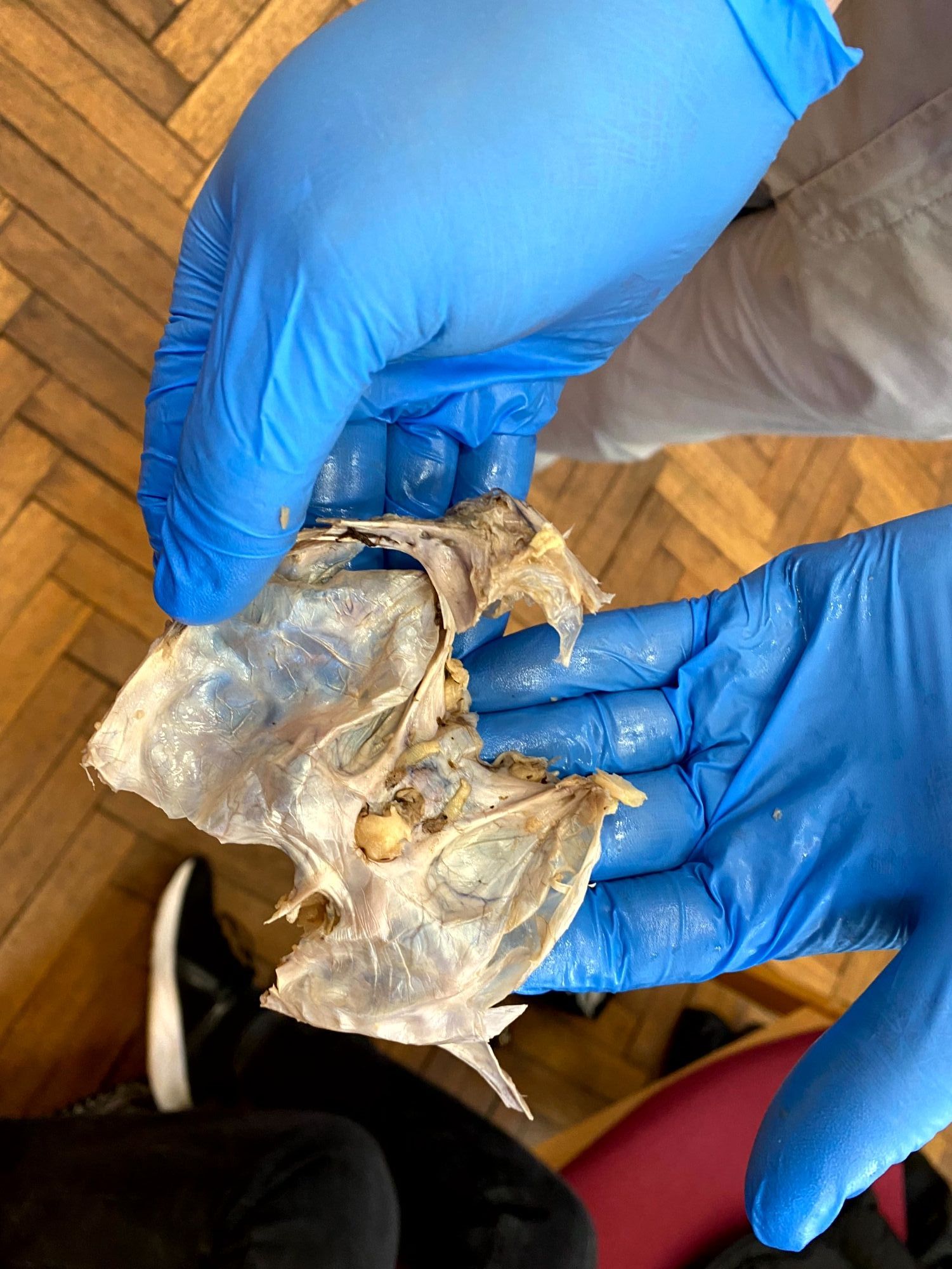 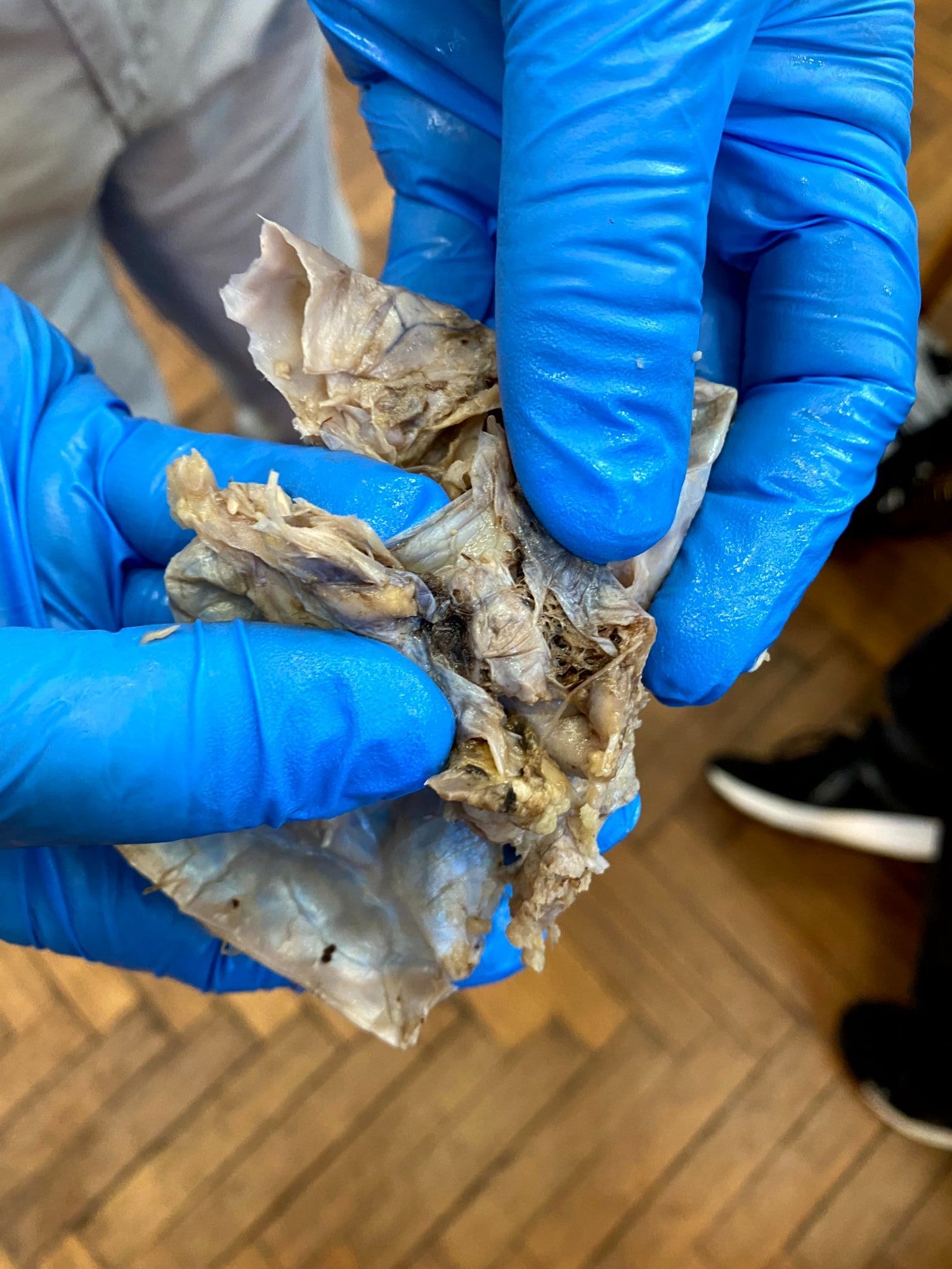 After a short break, with snacks provided, Dr Sutton moved on to the brain dissection, in which he took apart two lamb brains. A few students from each of the three schools attending were able to join him on stage and hold parts of the dissected brains. During and after this dissection he also discussed comparative neurology, and explained how issues during brain development can lead to disorders, for example holoprosencephaly, where the brain fails to split into two hemispheres during development, leading to a single lobed brain, and severe skull defects, such as having only one eye. 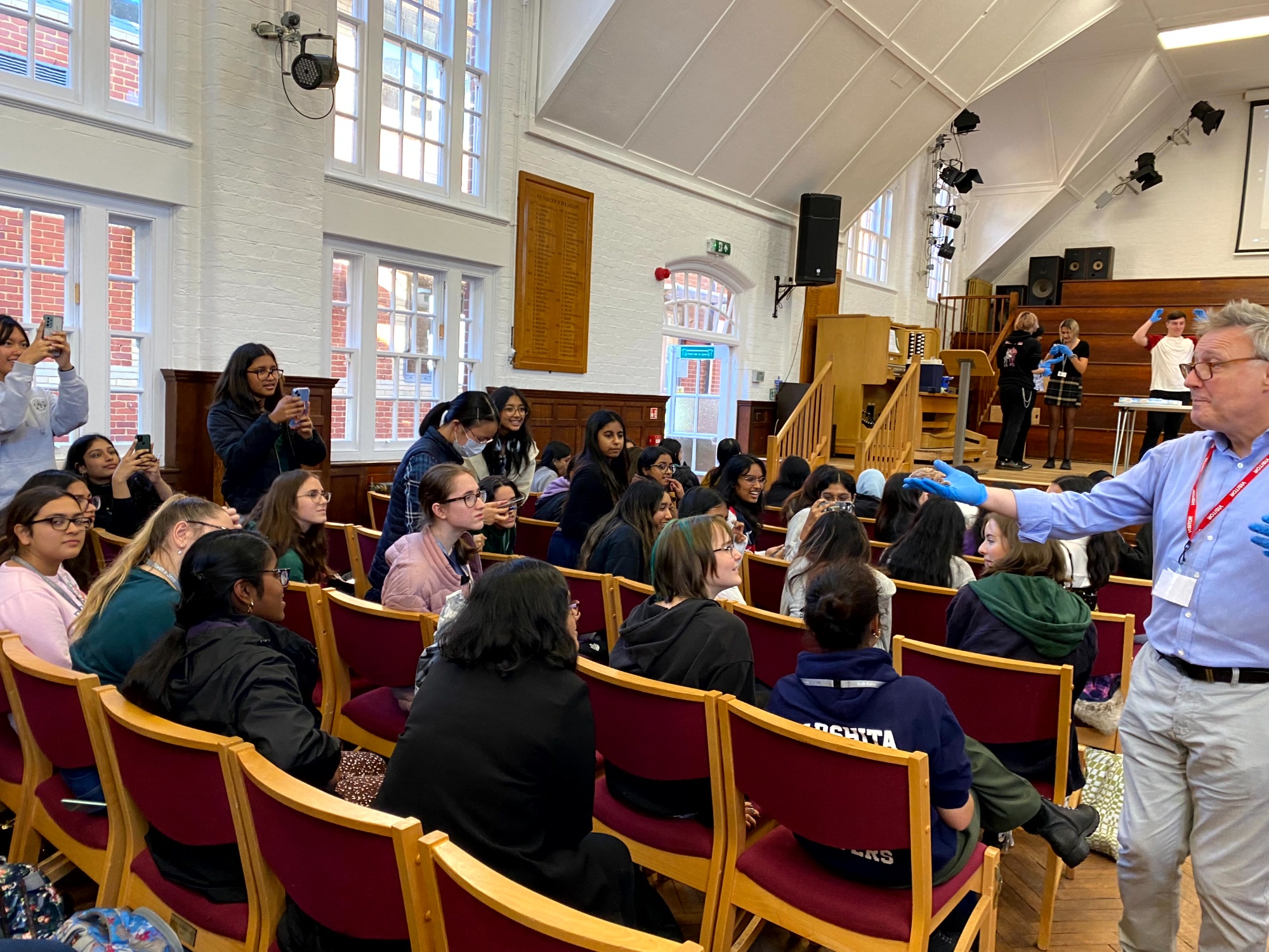 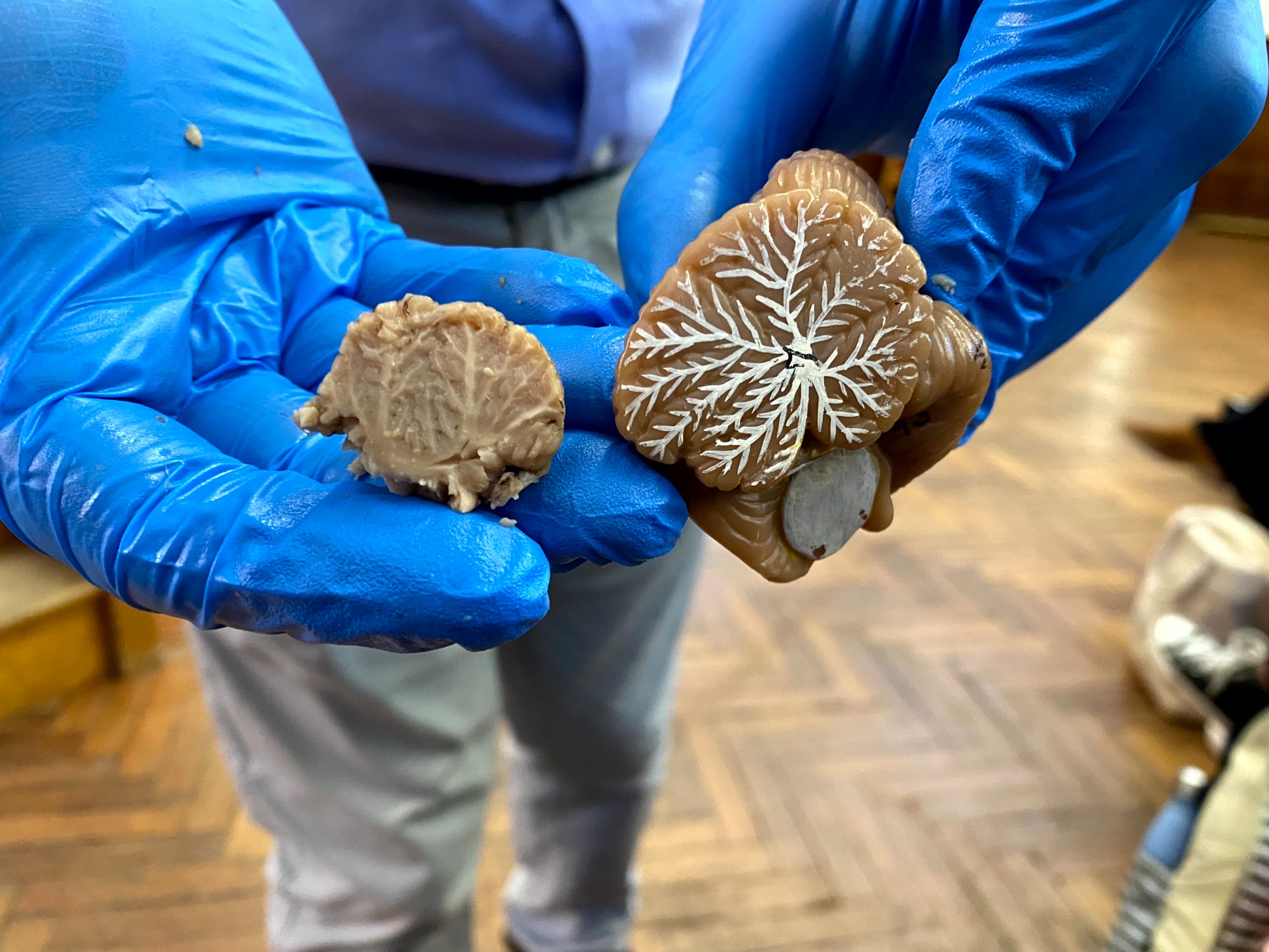 Then, Dr Sutton moved on to the final part, an enlightening, but terrifying, discussion on brain comparative interfaces. He spoke about amazing advances in neurology and prosthetics that allow spinal cord injury patients to move paralysed limbs with linked brain implants and prosthetics. He then talked about how some of this technology will potentially be used for less commonly beneficial acts, such as potential telepathic brain implants in the U.S. military.

Overall, this day was an amazing opportunity, especially for those students hoping to go into medicine or neuroscience in the future, and everybody enjoyed not only the dissection, but the informative talks as well.