Oxford University: 17th Hintze Lecture: The Quantum and the Cosmos by Rocky Kolb, University of Chicago 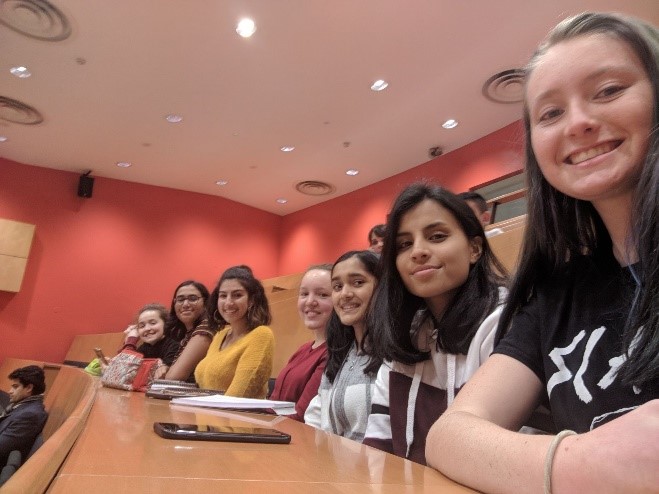 On Halloween night, several of the physics A-Level students went to Oxford University’s Martin Wood hall to sit in on a physics lecture. The lecture delved into the subject of Quantum Physics and Cosmology and how they interact. Originally, our doubts that we would not be able to understand much of the topics being covered were elevated by the fact that the lecture theatre was filled with many university students and some professors! However, as the lecture went on we realised that although these subjects sounded difficult, provided it was delivered in the right format, it was not too difficult to grasp, and Rocky Kolb was amazing. Rocky Kolb is a professor at the University of Chicago and he made the content much easier to understand. He added in jokes and used simple language to teach us about dark energy, dark matter and a whole lot of history based around the development of Einstein’s equations.

One in particular was Einstein’s Field Equation. We looked at how it looked originally and its development to include a constant to account for dark energy. Although we did learn a lot about physics, some of us were a little disappointed that we did not spend a lot of time developing the Quantum side but this just gives us an excuse to go to more lectures!

Overall, it was a great experience and it allowed us to see more physics than just what is taught at school.