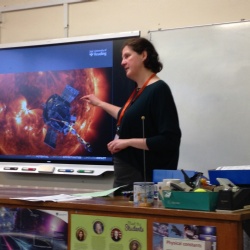 Most people feel a bit under the weather at 9:00 am on a Monday morning but, for the many space enthusiasts of Kendrick school, it was all sunshine and solar flares as Professor Clare Watt (from the University of Reading) gave us an eye-opening talk on the fascinating topic of Space Weather. 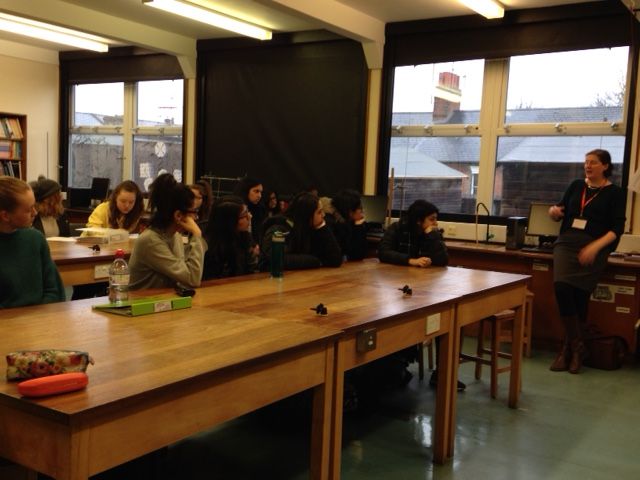 With her inspirational and contagious enthusiasm, she taught us how the earth’s magnetic field shields us from the dangers of the sun’s radiation. The atmosphere of our sun is so energetic that it essentially boils off into space in a constant stream of high energy - charged matter; mainly electrons and protons (with a sprinkle of alpha particles). And when we say high energy, we mean high energy. These particles are travelling at an average of 400 km/s! To put that into perspective, if you could travel at that speed (IMPOSSIBLE do not try) you could journey from London to Beijing in just over 20 seconds. These particles are charged which means that they interact with our magnetic field; diverted around earth as if it were a rock in a river.

We discovered many intriguing facts such as how a true vacuum does not exist. Whilst there is 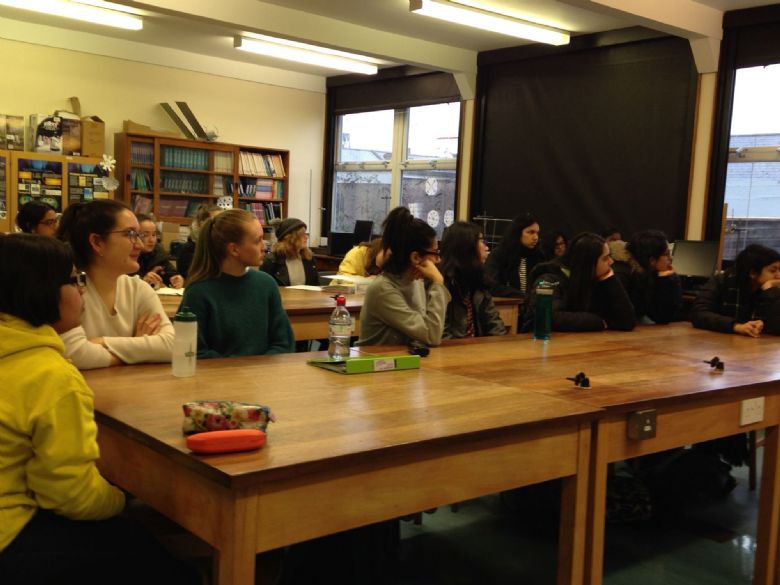 around 1019 particles per cm3 down here on the surface, in space there are two particles per cm3 -nearly a vacuum but not quite. Dr. Watt shared her love for the uncertainty of the universe we live in; including the solar system and the sun itself. Her energy and excitement throughout the talk was infectious and by the end, many of us were left wanting to learn more and asking various questions about space and radiation. In addition, she spoke about amazing inventions such as the Parker space probe, which is travelling remarkably close to the sun to collect phenomenal data that can improve the research conducted by space scientists and astronomers.

Although she enlightened us with many exciting career paths that we had not even heard of (e.g. Space Debris Mitigation), Dr. Watt’s main message was to do what we enjoy, what motivates us and ultimately, where our enthusiasm leads us.