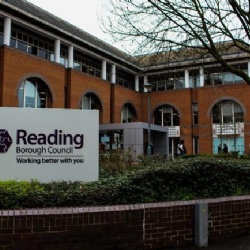 A Climate Emergency was declared by Reading Borough Council earlier this year to accelerate their plans to reduce the carbon footprint of Reading to zero by 2030.

The event was organised by the Reading Climate Action Network and brought together people from businesses and members of the community to help contribute ideas for the Reading Climate Change Strategy for the next five years.  Five of our Year 12 students attended the consultation event, taking part in the workshops and delivering a speech that they wrote. The speech is copied below: 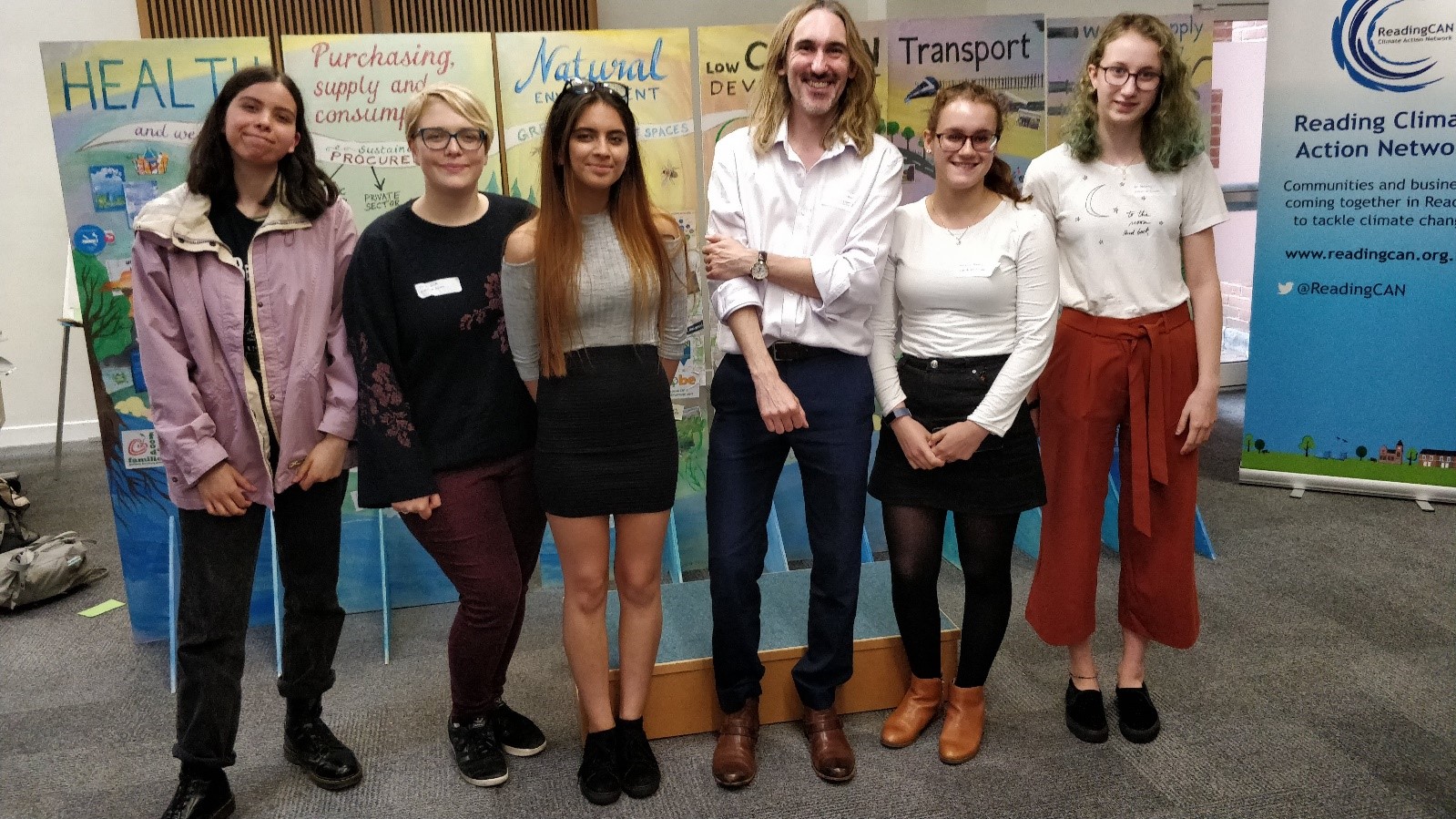 ‘Good afternoon. We are gathered together today to address the defining challenge of our age. We gather because the time for equivocation is over. Anthropogenic climate change is happening. The science is clear. The impact is real. The time to act is now.

I want to talk about the goal from the 2015 Paris agreement of limiting global temperature rise to 2 degrees from the preindustrial period.

Just for the record, a two-degree temperature rise may not seem like a lot, but it is an average of two degrees, some places will rise by more than that, and this small rise has a big impact.

This two-degree temperature rise will reduce wheat production by 16%. 98% of our coral systems will be at risk of destruction through bleaching. Accessible freshwater will decrease by 17%, contributing to more extreme droughts, increasing famine. Our sea levels will rise by 50cm, and in case you don’t know what that means in reality, low lying areas like the Maldives and Bangladesh will lose significant land mass, with a risk of 70% of the Maldives being underwater.

But let's bring this closer to home. In the summer of 2017, we all watched as Hurricane Harvey tore through the Caribbean and Texas in the US, killing people and destroying homes and livelihoods. These extreme weather conditions that killed people are a result of this temperature change and are only going to get more severe if we do not do something more drastic than limiting this temperature change to 2 degrees. We need to act now.

Climate change is not just an environmental problem, it is a human rights issue. With respect to intergenerational justice, that is the idea that present generations have certain duties towards future generations, climate change raises particularly pressing issues, such as: which risks those living today are allowed to impose on future generations, and how available natural resources can be used without threatening the sustainable functioning of the planet's ecosystems.

It would be hard to find anyone who would disagree with the statement that we should do no harm to children. Most people would hope that the next generation inherits a world in better shape than the one they themselves inherited, or at least in no worse shape. Yet when we examine our own choices, behaviours and lifestyles, as individuals and as societies, in the light of climate change, it is clear that we fundamentally and repeatedly fail to act on these principles. The principle of intergenerational justice has fundamental implications for how we tackle climate change. Are we going to invest in, or erode, our and our children’s future?

We have to take measures that tackle the problems at hand, and are in line with scientific research, instead of bending to social pressures that may not implement the most effective strategies for targeting environmental issues. We must not allow performative environmentalism to replace meaningful and impactful legislation. For example, recent social pressure due to media portrayals of the effects of plastic pollution on marine wildlife has pushed local and national governments to start implementing bans on single-use plastic, including straws, in numerous cities and countries in the world, including Seattle, and Canada. This is despite single-use plastic straws only making up 0.03% of ocean plastic, and abandoned fishing equipment, including fishing nets, making up around 46%.

However, climate change is not only impacting us, despite the fact that we are the reason, some of the world's most innocent are paying the highest price. Species extinction on a massive scale has threatened biomes, destroyed ecosystems and species that had evolved and thrived for centuries are now in decline. As each species of plant, animal even insect has such an impact on one another, destruction of one has many unforeseeable implications. It is not just the polar bears or animals that rely on polar ice to survive, that are at risk; corals and sea turtles are also at risk from sea level rise and temperature increase putting marine animals at risk and threatening them to extinction. As more and more species are threatened, the future of them and the world is questioned. If we do not make a change now, future generations will learn our biology in their history lessons.

It is not too late to make a change. The future is not yet written, and it has been put in our hands to ensure that the many generations to come are able to lead lives as we do today. In order to do this, it is going to take the efforts of the many, not the few. It is important to remember that many people can feel scared, overwhelmed and powerless when faced with such a large and terrifying problem as climate change. What does motivate people is knowing what they can do to help, and proving that their actions will make a difference. Whilst it does seem like a daunting problem to tackle, new solutions are emerging everyday through resilience and improvements in technology. So let us agree to take this situation as an opportunity to work together and start making a difference today.’