Das Leben der Anderen Workshop at the University of Reading

On Wednesday, the 26th of February, the Kendrick A-Level German students had a fantastic opportunity to learn more about the film Das Leben der Anderen at the University of Reading. Elisabeth Königshofer and Ute Wölfel from the Department of Languages and Cultures delivered a varied and thought-provoking workshop on the film, which our students study in years 12 and 13.

To begin with, our students were challenged to discuss the mise-en-scène in relation to the film’s protagonists and engage with each other and students from Waingels College in a discussion in German on how they would describe the characters’ appearance, the lighting used in their scenes, the setting, etc. The highlight was connections being drawn to items of furniture to the characters and the director’s intentions in choosing specific items for the protagonists. We found out that “Wiesler ist innerlich so leer wie seine Wohnung“ (Wiesler is as emotionally empty as the flat he lives in is) and that “Dreymanns Leben ist so bunt und ausgefüllt wie seine Wohnung“ (Dreyman’s life is as colourful and full as his flat). 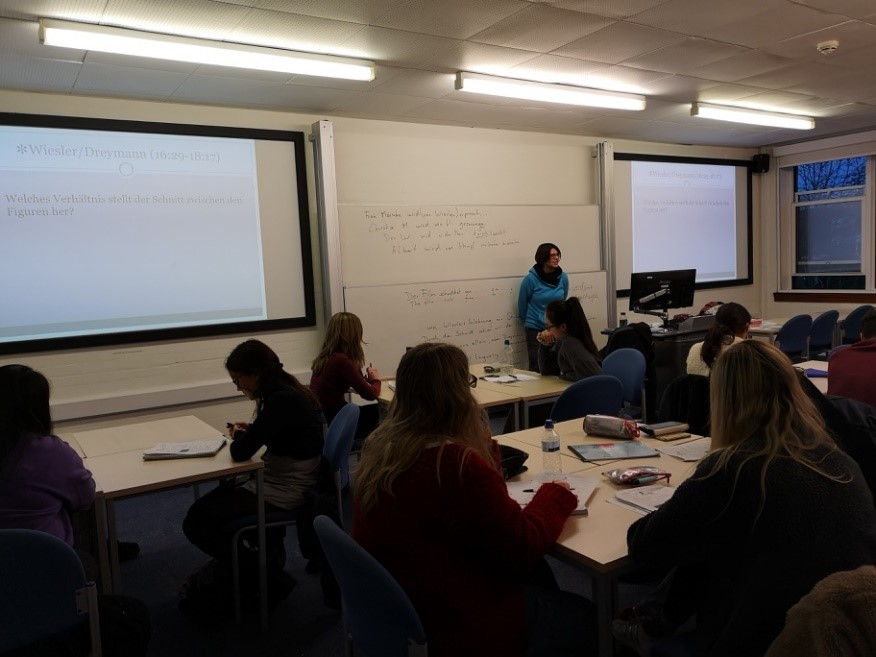 Throughout the workshop, questions surrounding the topics of ethics, morality and fair representation of life in East Germany during the 80s arose. The students were also challenged to use the passive voice to describe and analyse what happens in the film.

We would like to thank the University of Reading, Elisabeth Königshofer and Ute Wölfel, and the Department of Languages and Cultures for this great opportunity! We hope to visit the university again soon.