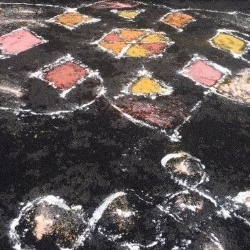 As our Year 7s have just completed their introductory module to learn about Hinduism in their Religious Studies lesson, 7SG requested permission to take an active part in and to enjoy the celebrations of Diwali/Divali.

Definition: a Hindu festival of lights, held in the period October to November. It is particularly associated with Lakshmi, the goddess of prosperity, and marks the beginning of the financial year in India.

This year the Diwali festival week was between 12th and 16th November.

Elizabeth, Vedha, Nysa, Alka and Yang from 7SG created this lotus-flower-inspired rangoli pattern by using rice powder coloured with spices such as turmeric. it was created in the Kendrick car park near the new Horizon’s block for all to see and enjoy!

The purpose of rangoli is to symbolise generosity and strength and is considered to bring good luck.

The students chose to design this rangoli using the lotus flower as it is commonly seen as a divine symbol, often depicted around Hindu deities. 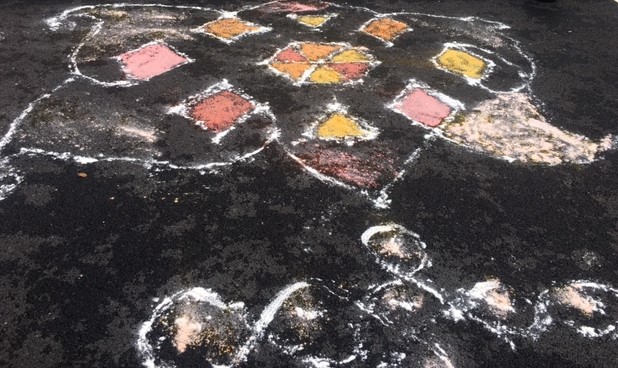