The Call of Duty (CoD) series is a worldwide gaming phenomenon, with millions of copies sold every year. While 2021’s release, Vanguard, wasn’t quite as well received, this latest entry – Modern Warfare II – is proving to be hugely popular. A sequel to the recent Modern Warfare reboot (and not to be confused with the original Modern Warfare 2, from back in 2009), the game is an online shooter which features – unsurprisingly – extreme violence, rendered in realistic graphics. Amid the explosions and potential political nature of the plot, there’s much for parents to be aware of.

In the guide, you'll find tips on a number of potential risks such as offensive chat/messaging, in-game purchases and addiction. 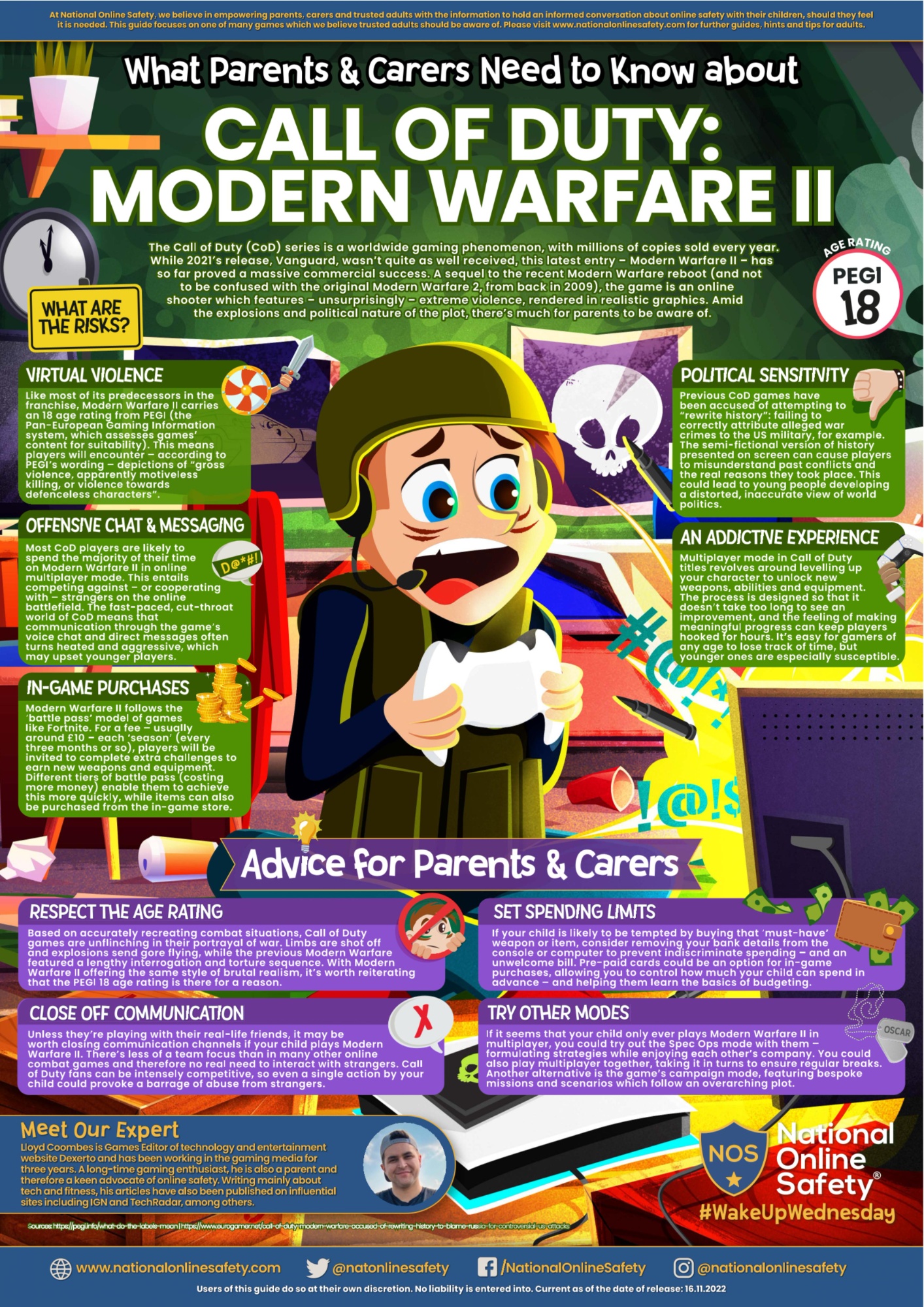